In the spring of 2018, Smaro Kamboureli organized a Celebration for Doug, and I was honoured when she invited me to speak. It was a wonderful gathering at the university in Edmonton where Doug did so much to build the Canadian literary community. The following is what I said to that gathering:

I can remember clear as sunshine back in 1977 or ’78 standing in the apartment I shared with Peter, light pouring in the big picture window on our wall of poetry books and the beat-up couch. Doug was in town teaching summer school at UBC. He’d come for a beer or a meal, and he was standing between the couch and Peter’s big oak desk, probably looking at some bookshop find of Peter’s. And I screwed up my courage to ask him the question Peter had suggested Doug might help me with.

I was ashamed to be asking. I was a grad student. I was Canadian. But I didn’t know the first thing about Canadian writers. But I did ask, then, who to read. And right away Doug insisted on Rudy Wiebe and Sheila Watson, bp Nichol and Phyllis Webb.

I didn’t have any inkling then that I would one day publish poetry. About a decade later, in the 80s, I started some creative ventures. When Doug came to town we sometimes connected. He was so easy-going, so warm, so comfortable talking about a host of writers I’d barely heard of. Try as I might, I knew I’d never catch up. He was also a living breathing Canadian poet, unlike the Americans I met through Peter. And Doug was from the west, as I was.

Plus he did not write confessional poetry, which was a sin in the 80s. He worked with sound and texture, and my love of Gertrude Stein had taken me in that direction too. Years went by, more than 25 after our first meeting, but he remained for me the most approachable of editors when, in 2003, I tentatively sent him the manuscript of Vancouver Walking. I felt hesitant that it wasn’t languagey enough, maybe too confessional, as it recorded my walks around the city and places I’d seen on a train journey. I felt, as well, out of synch with younger writers like Lisa Robertson, unsure of my ground.

So it meant the world to me when NeWest Press accepted the manuscript, and Doug wrote: “This is a major work, & I am damn proud to be involved with its publication.”

Doug is the gentlest of editors, preferring to, as he said in a letter to me, “take the complexity of the work for what it is.” Open to the whole gamut of literary endeavor, he makes me think of Creeley’s lines: “Mind’s a form/ of taking/ it all.” From one horizon to the other, like the sky.

He is also the gentlest of editors to get a rejection from, which is what happened in 2006 with my second NeWest book, Nightmarker. But Doug’s patience and confidence kept me revising until the book was right.

In 2012 he again sent the warmest possible encouragement about my first novel Rupert’s Land: “I’m writing,” he says, “as first (& really wowed) reader . . . to say how much we at NeWest would like you to let us publish it”; saying as well that he’d be the editor. Doug’s vision as both an avid reader of fiction and a poet led to the most helpful of revisions for that novel.

So I want to thank you, Doug, for taking me across that most awesome of thresholds from private person to published author with a public voice. That crossing led me to live, actually live, in a way I was meant to: creatively with language.

You, with a full-time teaching position and your own writing practice, nevertheless gave some of your own writing time to welcome me into the world of Canadian letters, and to see me securely grounded in it. And you did this for dozens of others like me, both as a literary mentor and through NeWest Press which you founded.

I think you did that because you know very well how much it means to a writer, working alone, to hear a voice coming back at ya from the dark unknown out there. Flowers don’t bloom in the dark. I did because of you, and I am so very grateful. And I hope that as editor, publisher, teacher, and literary friend, I too can pass on to other writers what you have given me. 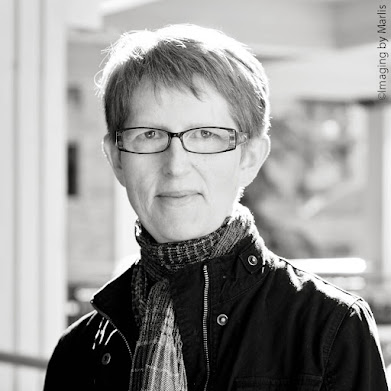