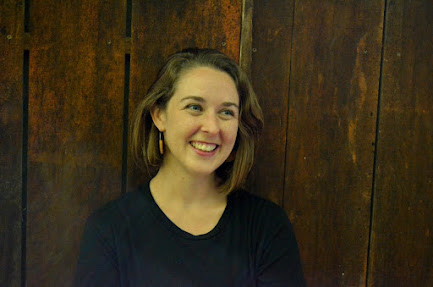 Conyer Clayton is a writer, musician, editor, and gymnastics coach living on unceded Algonquin Anishinaabe land. Her debut collection, We Shed Our Skin Like Dynamite (Guernica Editions, 2020), won an Ottawa Book Award and was a Relit Award finalist. She's released 2 albums and many chapbooks; recently, Towers (Collusion Books, 2021) by VII, of which she is a member, and Sprawl (Collusion Books, 2020) written with Manahil Bandukwala, shortlisted for the bpNichol Award. 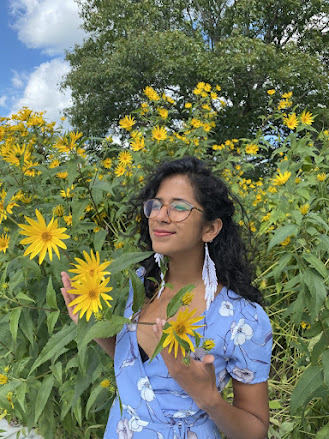 Manahil Bandukwala is a visual artist and writer. Her most recent forthcoming work is a collaborative piece with Liam Burke titled Orbital Cultivation, and is out with Collusion Books in 2021. She is Coordinating Editor for Arc Poetry, and Digital Content Editor for Canthius. She is a member of VII, an Ottawa-based creative writing collective. See her work at manahilbandukwala.com.

Sprawl is your collaborative debut. How did the project begin, and how did the form of the poems emerge? How were the poems formed?

MB: Sprawl began with Collusion Books’ call for chapbook submissions right when they first launched at the start of the pandemic! We didn’t really have a plan for how we envisioned the chapbook unfolding — it just kind of did. Connie wrote the first poem and sent it over to me, with our only plan being for me to respond to her poem in some way. I took the last line she wrote and continued the narrative from there. The entire process was very organic, and more importantly, fun! I’ve been a huge fan of Connie’s work since we both arrived in Ottawa (around the same time, I think). We’ve collaborated on projects before, when I published and illustrated her chapbook Mitosis in 2018. I guess Sprawl was our next step. From writing to editing to creating a sort of mini-film set to music for the launch, the entire journey of Sprawl has been fun, invigorating, and rejuvenating — everything writing should be.

CC: Agreed! Writing and collaborating with Manahil feels easy and natural, just like being her friend! Manahil’s art and writing really inspires me (as evidenced by her visual art covering my walls), so it is such fun to get to create with her. I was so excited to work with her on Mitosis a few years back, and writing Sprawl together was a wonderful evolution of our shared creative practice, which I feel mirrors the deepening of our friendship.

Do you see this work as self-contained, or part of something potentially larger?

CC: Because Sprawl was born out of such an intense moment (the beginning of COVID lockdowns in Ontario in March 2020), it feels quite self-contained. It was clear to us as we went when it was complete, and that it was a single unified piece. That being said, we have since written some new poems together with a different prompt/structure in mind, so I am very open to what may or may not happen in the future, as far as future chapbooks, or potentially incorporating Sprawl into something larger, but, time will tell!

How does this collaborative project interplay, if at all, with your individual works, or even your work as part of the collaborative group VII?

MB: We’re both interested in writing to and from within the ecological in our individual works, and that really comes through with Sprawl. So much of the imagery is what we were both witnessing from our lockdown spaces as being the tangible results of the beginnings of a global pandemic. In my personal writing practice, I’m heavily influenced by what I read. One source of poetic inspiration for me is to have lines from another poem as an epigraph, and then riff off from there until a new poem emerges. Our collaboration was interesting because we riffed off each other, bringing a cyclicality to this practice. As for our writing with VII, the voice we have with VII feels very different from our individual voices. While Sprawl brings together and elevates existing elements of our writing practice, writing with VII creates a new voice entirely.

Were there any models for this kind of writing that you were conscious of while working on this project?

CC: Honestly, not really. We weren't working off any kind of theoretical and inspirational framework for this, at least on a conscious level. The writing just happened very quickly and lovingly via our email correspondence. Though, once the poems were complete, we realized we had sort of mimicked a crown of sonnets, and so we ran with that, and made a final page (now the first in the chapbook) composed of all the repeating lines. A crown of sonnets actually happens to be the (deconstructed) form of my ecologically focused first chapbook, For the Birds. For the Humans. which came out with battleaxe press in 2018 (shout-out to Natalie Hanna, the best of the best in the human category). But that wasn't an intentional call-back, more just a coincidence.

I think more importantly, we just wanted each other's images and lines to continue ringing and repeat in the next poem, and to somehow blend our voices while still maintaining our own.

How long did the poems in Sprawl take to compose? One interesting element of any collaboration is often in seeing the unexpected places the poems might go. Were there any surprises during the process?

MB: We wrote the first draft of Sprawl from March 18th to March 26th 2020, which is a very quick time to produce a chapbook! The back and forth of the writing opened up a lot of freedom. Rather than having to come up with ideas for an entire chapbook’s worth of poems, we just had to write the one poem. Whenever Connie sent back a poem, my mind would buzz with ideas of where the poem’s narrative and journey could go.

Also, cows became a very important part of the chapbook.

Have you been writing much in the way of poetry since Sprawl was completed? What have you been working on since?

MB: Collaboration has become a huge part of my writing since Sprawl. The two chapbooks I’ve published since, Towers with VII and Orbital Cultivation with Liam Burke, are both collaborative. Orbital Cultivation is my most recent writing project, launching in late November. The chapbook is a golden shovel of Phyllis Webb’s poem, “And in Our Time,” and is a sci-fi love story of growth after catastrophic destruction. Liam and I are also working on a companion game made in RPG Maker, where you play as a pair of lovers exploring a spaceship and collecting poems.

CC: Like Manahil, the next project I released was more collaborative writing with VII, via Towers (Collusion Books, 2021). Sprawl definitely opened my mind up to the possibilities collaborative writing contains, and I've since casually written some poems with a few other friends and peers, and I am quite excited to see how those may expand!

I've continued writing my own stuff as well — I tend to have several projects on the go at once, and the time from Sprawl to now is no different, though I am not quite prepared to talk about any of them in public detail just yet. ;)