Karla Van Vliet’s She Speaks Tongues is a book of asemic images alternating with gendai-like prose poems. It is divided into five sections, each containing four asemic plates and three poems as well as a “cover” image that depicts the face of a female figure among asemic motifs and the title of the section.

Within this framework, the most striking feature of Van Vliet’s book, and the one that is, for me, its greatest accomplishment, is the manner in which it creates the conditions of an open reading experience characterized by delicate echoes and resonances between image and text, section and section, and part and whole. Most of the prose poems involve natural imagery (birds, rivers, wind) that suggest a kind of modern take on the Romantic lyric poem, whereby the natural world is a reflection of the movement of the author’s inner life. For instance, the book’s first prose poem reads as follows:

whose long wings lay shadow across the sandy bank, how

the bird’s heft rides air above the water. How

Lovely and delicate in itself, and subtly enacting the moment natural description opens into the depiction of profound emotion, what is perhaps even more extraordinary is the way that the poem interacts with the asemic plate beside it: 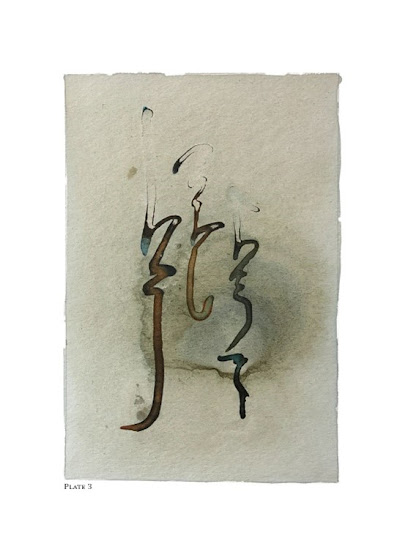 Here the asemic plate becomes infused with the text, suggestive of the flow of the river, the silhouette of the heron, the heron’s shadow, the heron’s wings. These suggestions of the natural world bleed beautifully into fading evocations of the ephemerality of life, the pain of grief, of the ultimate dissolution of mortality. In short, the interaction of text and image create a richness of interpretation that opens the heart of the reader.

These are the types of echoes and resonances that occur throughout She Speaks Tongues. However, they are also echoes that extend beyond the image/text pairings to stir the reader’s interpretations of other pairings and other sections in the book and the book as a whole. In this way, Van Vliet’s achievement goes well beyond the spark of quality juxtaposition. Rather, in reading She Speaks Tongues, I am drawn to the idea that what Van Vliet has done is provide the reader with the moment ( or a series of moments) just before two bodies, or concepts, or entities, interact, like the moment before wind activates Coleridge’s Aeolian harp. It is left to the reader to give the wind that final push in order to start the music. 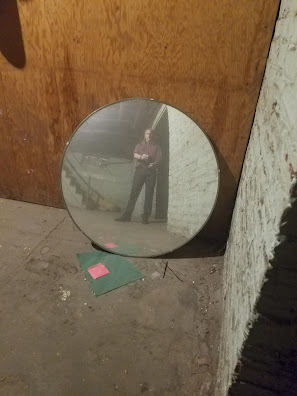