on a life of its own
onwards and sideways, i say.

be editor/driver
be great
to ex-
as things go along

i'm enjoying the
any road'll take you there..."

to Peter
to Hal

okay, another rabbit hole
this realm of

to ‪me
to me
if anything's amiss
that you're thriving.

as we
enjoying every minute
you've a mind to

I had no idea. I knew
the story of expiring your part
of the world

"when you don't know where you're going,
try again
May is yours. 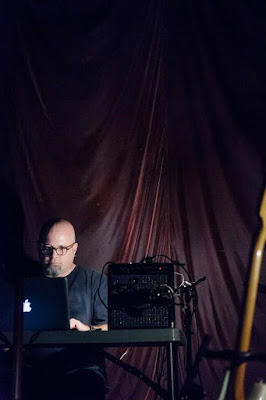 Glenn Bach is a poet, sound artist, and educator. His long poem, Atlas, has been excerpted in experiential-experimental literature, On Barcelona, Otoliths, and others. 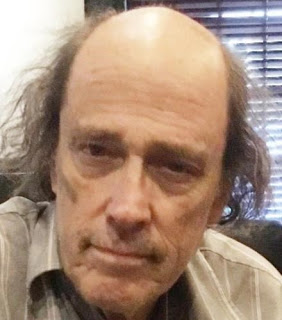 I met Peter on the wryting-l listserv. People familiar with wryting will already know about the samizdat aspect it includes. Of course people familiar with the arts in general will already know how such gatherings, online or off,  provide considerable feedback, encouragement, ribbing, guarded critiques, and other conversational thrusts and parries.

In any case Peter was among the first people on wryting that I had direct exchanges with. The texts and commentaries we posted were of course open for everyone to read and comment on. But occasionally Peter and I also exchanged more direct comments on some piece, getting into how it struck us and why, how we thought it might be improved—the usual thing.

I at first assumed Peter was working only in text, but after seeing a few of his posts I saw he was also a musician and visual artist. At some point, in some comments to the list in general, he talked about his admiration for the music of John Coltrane. He had, he said, taken up Coltrane’s way of creating a “wall of sound” and converted it into writing poetry as a wall of text. He may have said block of text—I think he used both terms.

People familiar with Peter’s writing will already know what he was talking about. I can’t speak very knowledgeably about everything he was doing with his “block” texts. What I do know is that one example of those texts is available as his book An Archaeology of Theory, a free pdf available from Argotist online.
And while I am not a musician, I also admire John Coltrane, and I would like to suggest that reading Archaeology listening to Trane’s album Giant Steps or some part of it will give people less familiar with Peter’s art the chance to get closer. I’m honored to have known Peter and think this is part of what he was sharing on wryting and of course elsewhere. 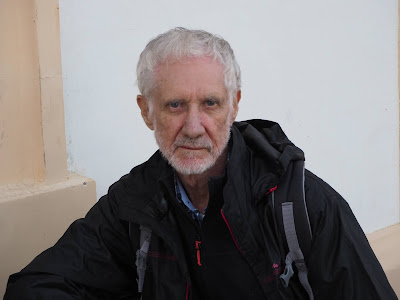 William Bain was born in the United States (Indianapolis, 1944).  He has lived and worked in Barcelona, Spain since the 1970s. Some of his small format visual artwork and written texts have been published online or on paper in Abstract|Ext, Barcelona Ink, On-Barcelona, Ferbero, larealidadnoexiste.com, Red River Review, and Zone, among others.