This interview with Dorothy Chan was conduced on Friday, August 28, 2020.

For more information on Dorothy Chan's books, poetry, and the other interviews and stories referenced in this podcast, visit: www.dorothypoetry.com/

Either way, it’ll all end soon.
Either way, the hours are numberd.
Either way, memory holds more time
than dreams—Ridiculous words,
except the simplest:  mama,
don’t want, want, give.  How ridiculous
these love letters and poems
like socks and underwear.

Over coffee, TV on, thinking of you
snatched away to bombed-out Baghdad,
oil burning everywhere, every step,
someone blanching at the sight
of a casket draped with a flag.
Desires burn like oil! Hopes,
buried corpses in flags.

Either way—even with only your fingertips,
tack a motif on Babylonian rivers.
A desert, a coda, a stone.
Either way—even just once, even in a dream.
Either way, it’ll all end soon.
How ridiculous these words of shock and awe,
that which will never be—
ridiculous as love in war.

Technically speaking, Bill Clinton said,
technically, it wasn’t sex.
He looked calmly
into the eyes of parents,
teachers, brides, wives
and whoever else was present in court
having sworn on the Bible or the Constitution,
or on Judgment Day
which wasn’t that far off, anyway.

What was it, then,
and would I want to see him again?
Would we recognize each other
accidentally on the street,
and what would we do if we did—
run and embrace, laughing and joking,
or walk on, heads lowered,
not looking up?

Technically speaking, I had a long way to go
to be Monica and her dress;
I didn’t keep any evidence
for defense or prosecution.

Can the color of wine
the cold metal jeans buttons,
the unfamiliar salty warmth
near and in your mouth
in fact be called evidence?

They dry so quickly, the salty seas,
wine and tears, sperm and blood in your body.
How suddenly the desert’s invisible wild beast
extends its white claws.

Still, everyone knows a time comes
to speak your peace—or to keep quiet,
to do the deed—even just once—
to give yourself away
and to take.

Overhead, night planes fly past unseen
while snow falls on city streets.
At 1 am, pale streetlights die
And last trams disappear...
Now
only sleeping buildings remain
among ill-lit trees.
But the heart is hot—
a warm lump of living earth.

These days, like years,
pass slowly. These days
obscured by fog, snow, breakfasts,
lunches, monotonous events...
But listen—
Sometimes at night
tragedy’s keys will return to their gates.
Unfamiliar memories will emerge
through the planes’ roar.

The broken window of a distant school
or maybe a church
will light in your heart,
or maybe plazas of rickety streets,
glades of winter forests…
Choirs of weak and fragile voices
will sing old lullabies from the sky,
first words of vanished first primers.

...to what destination?
A vision of life
at midnight, in the hour
of violet planes… 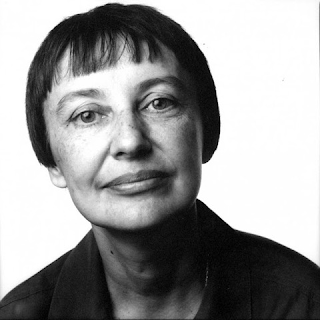 Natalka Bilotserkivets’s work, known for lyricism and the quiet power of despair, became hallmarks of Ukraine’s literary life of the 1980s. The collections Allergy (1999) and Central Hotel (2004) were the winners of Book of the Month contests in 2000 and 2004 respectively. In the West, she’s mostly known on the strength of a handful of widely translated poems, while the better part of her oeuvre remains unknown. She lives and works in Kyiv.  Her poem, “We’ll Not Die in Paris,” became the hymn of the post-Chornobyl generation of young Ukrainians that helped topple the Soviet Union.  A collection of selected poems titled Eccentric Days of Hope and Sorrow translated by Kinsella and Orlowsky is forthcoming from Lost Horse Press in fall 2021. 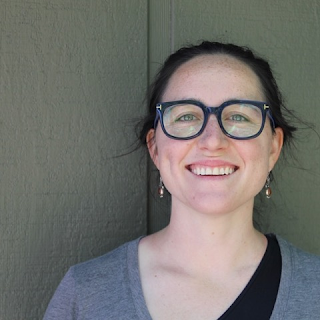 Ali Kinsella has been translating from Ukrainian for eight years. Her published works include essays, poetry, monographs, and subtitles to various films. She holds an MA from Columbia University, where she wrote a thesis on the intersection of feminism and nationalism in small states. A former Peace Corps volunteer, Ali lived in Ukraine for nearly five years. She is currently in Chicago, where she also sometimes works as a baker. 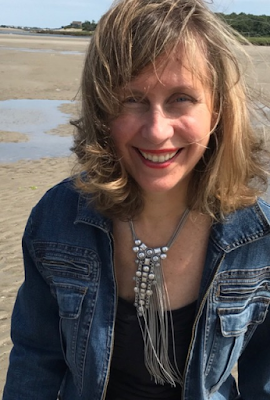 Pushcart prize poet, translator, and a founding editor of Four Way Books, Dzvinia Orlowsky [photo credit: Jay Hoffman] is author of six poetry collections published by Carnegie Mellon University Press including Bad Harvest, a 2019 Massachusetts Book Awards “Must Read” in Poetry. Her poem sequence “The (Dis)enchanted Desna” was selected by Robert Pinsky as 2019 co-winner of the New England Poetry Club Samuel Washington Allen Prize.  Her translation from the Ukrainian of Alexander Dovzhenko’s novella, The Enchanted Desna, was published by House Between Water Press in 2006, and in 2014, Dialogos published Jeff Friedman’s and her co-translation of Memorials:  A Selection by Polish poet Mieczslaw Jastrun for which she and Friedman were awarded a 2016 National Endowment for the Arts Literature Translation Fellowship.