I can’t think of a more fitting first poem than “Between the Griffon and Met Life” for Vincent Katz’s new book, BROADWAY FOR PAUL (Knopf, New York, 2020). It is an extremely welcoming poem, not just in its narrative that begins

but in the lightness of its tone. I cite “light” here as a pun as Katz also articulates what will  burnish our view of the persona: “The light is such that I can see everyone and can imagine what they are imagining for the night ahead, what dreams, what fulfilled fantasies of togetherness”. The all of this poem is just a great set-up for what comes next.

What comes next, as noted by the title, is New York’s Broadway—life on its streets, subways, offices and those who populate such scenes. But what the reader ends up seeing is not just New York but City writ large. References may be to Manhattan but the observation and wisdom cuts across geography, e.g. this ending to “7 A.M. Poem”—

The people arriving on trains are not New Yorkers, but
They too are filled with desires, plans, wrapped in winter coats
As the people crashed out on stairs or in abandoned buildings
People in high boardrooms creating situations affecting those with nothing

“Important to be in one’s own head, not subject to advertising or even others’ art”.

I was heartened to read the poem “Flows” because that’s part of this collection’s achievement: an organic turn from one city scene to another, whether on a concrete sidewalk or in the mind. Such an ease—this flow—widens the persona’s position in New York to include the rest of the world, as in

This is where I’m a poet:
Right here, at the edge of the river, in the cold
Those colors at the end of day, in winter
I’m able to have my own views out here
And I can. Hear the water lapping 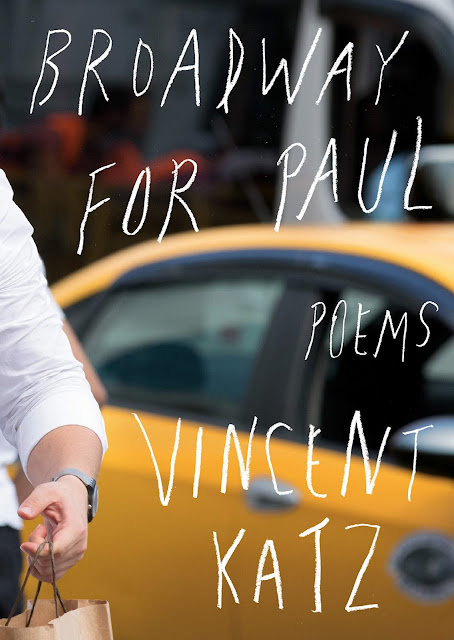 “RIVER” certainly works well as an ars poetica poem, that is, that perhaps the poet needs to be at the “edge” of something that is moving elsewhere—that such a positioning is required for ensuring one’s ability to become exposed, to before taking in, much of what composes the very large universe. Here, the poet doesn’t simply views but takes in—an effect manifested in how Katz’s poems are generously populated with details—from “Café With Bryan Ferry”:

The breeze is causing the canopy edge to flutter,
In turn causing a shadow to enter and retreat
On the edge of the café table
Its pulsing is mesmerizing and also calming
It helps put him in a general trance of midday

In addition, the collection’s flow—tone—is not interrupted but only deepened by the allowance of what can be jarring, e.g. “Ivanka Skirting” that begins

These are poems of mind control I’m going to get inside
Their minds and change their policies
I am starting with Ivanka before I can move on to Jared
Ivanka is wearing a wrap skirt as she smiles to the children in
The classroom, Jared smirks walking away
Nothing is easy, no blemishes in this park, green grass
Beginning to come, March trees in bud, lofty edifices
Preside
Castle rocks reflect in pond, organic base of massive pain
This city where the rich feast on others’ innards

Expertly-crafted imagery, the specifics of details without getting bogged down in them, the light, the palpable consciousness of a persona which nonetheless does not deter the reader from a personal inhabitation of the poems—Katz’s poetic skills make this collection not only one to read but one that activates the mind’s eyes; I agree with the jacket description of Katz’s poetry as “a way of seeing that can change hearts and minds.” He achieves such with so much grace that to read many of the poems is to feel the world more alit with a ceaseless desire for connections. 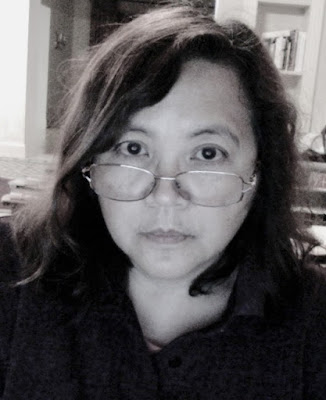 Eileen R. Tabios has released over 60 collections of poetry, fiction, essays, and experimental biographies from publishers in ten countries and cyberspace. Her 2020 books include a short story collection, PAGPAG: The Dictator’s Aftermath in the Diaspora; a poetry collection, The In(ter)vention of the Hay(na)ku: Selected Tercets 1996-2019; and her third bilingual edition (English/Thai), INCULPATORY EVIDENCE: Covid-19 Poems. She invented the hay(na)ku, a 21st century diasporic poetic form, and the MDR Poetry Generator, which can create poems totaling theoretical infinity. Translated into 11 languages, she also has edited, co-edited or conceptualized 15 anthologies of poetry, fiction and essays. More information is available at http://eileenrtabios.com