Shazia Hafiz Ramji : Poetry Is Like Prayer: An Interview with Zeeshan Pathan 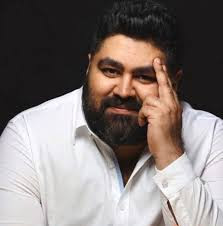 Zeeshan Pathan is the author of The Minister of Disturbances (Diode Editions, 2020). He attended Washington University in Saint Louis as an undergraduate where he studied poetry with acclaimed poets including Mary Jo Bang and Fatemeh Keshavarz. He speaks several languages and translates from Urdu, Turkish, & Persian. At Columbia University, he completed his graduate thesis in poetry under Lucie Brock-Broido, and worked with other talented poets & translators including former U.S. Poet Laureate Mark Strand. Zeeshan is interested in world literature and literary theory, the poetry of the Middle East and India, and he also writes short fiction. He has been invited to several prestigious writers’ conferences, including the Bread Loaf Writers’ Conference and the Sewanee Writers’ Conference. His poetry is forthcoming in Poetry Northwest and other journals.

Shazia Hafiz Ramji: Zeeshan, your collection, The Minister of Disturbances has just won an award! Tell us about the award and how your publication journey’s been so far?

Zeeshan Khan Pathan:  Hi Shazia, pleasure to speak with you here. My journey toward publication for the collection has been full of twists and turns since I started sending out the manuscript at the end of 2017. The manuscript has had some very interesting feedback and praise from various quarters of the publishing industry. In fact, the manuscript was a finalist for the 2018 Kundiman Prize, the 2018 Diode Editions Book Prize, the 2019 Eyewear Sexton and Beverly Prizes, the 2019 Tarpaulin Sky Book Awards in June of this year, a finalist at Trio House Press’ open submissions period in 2019, and finally it won the 2019 Diode Editions Book Prize earlier this month along with Nancy Chen Long’s manuscript. The book and I, as I like to say sometimes in jest, were also semifinalist nearly an equal number of times so there was a lot of anticipation that the book would ultimately find a good home. So, I am eternally grateful to Diode Editions and editor Patty Paine for taking the leap of faith and giving my book a wonderful home & the prize! The award allows the work to have a certain amount of visibility and results in publication, which is of course, any poet’s dream!

SHR: When did you begin to write poetry?

ZKP: I came to poetry after my aunt Shabnam passed away suddenly from ovarian cancer. In my freshman year of college at Washington University in Saint Louis, I was supposed to major in sculpture and film but in my English 1 course, I met a poet named Stephanie Pippin and she saw that I was going through a crisis… and so she lent me a copy of Carl Phillips’s poems who happened to have been one of her teachers at the University when she was doing her MFA. Of course, back then, I thought that all poets had been dead since Emily Dickinson, or only existed in languages with revolutions in their recent past like Farsi, Urdu, and Arabic. Later on, I went on to study with Carl, Mary Jo Bang, and other poets at WashU.

This decision to study poems and make poetry my main focus really came as a result of Mary Jo’s encouragement and early interest in my work. It was around 2008 and she had just won the National Book Critics Circle Award. I was in her workshop not knowing really anything about her except that others had said she is a wonderful poet. It wasn’t until the workshop had ended in early spring and I had been fully spellbound by her teaching and her love for poetry... that I really began to understand who exactly had been my teacher. I read her book Elegy that summer with great attentiveness and amazement. I ultimately went to Columbia University to study with the great Lucie Brock-Broido and the legend Mark Strand, who I had met at the Sewanee Writers’ Conference in the summer of 2010. These early teachers gave me the hope and faith that poetry can be not only one’s career, but a life, a lifetime.

SHR: How has your relationship to your writing changed since you began?

ZKP: When I first started to write, it was almost involuntary. I had angst and angst wanted to go somewhere. I knew visual arts and painting & drawing. But after a few years of doing sculpture, I started to move toward the written word. I felt a longing that I could not describe and language became the medium for expression, a vehicle, and an obsession. As I continued my studies and met different poets, I learned from them how to handle the act of writing and willing it into being, so that it became less of a faraway thought or dream, but more of a daily practice, and an energy that I might actually be able to control. Of course, there is a huge aspect of writing which is still a mystery to me and even now having completed my MFA at Columbia University a few years back, I still feel that the poem is always on the way and yet nowhere. I have to will it into being and I have to let the poem have its way with me, as my mentor Lucie Brock-Broido used to say.

ZKP: Why not? Poetry for me, as Forough Farrokhzad, the famous Iranian poet, once remarked, is like prayer. I think she said… poetry is the same thing for me which religion and prayer might be for religious people. She had said that in her wisdom and I have always felt that after I became a poet, I could no longer pray in the normal ways anymore. I was exiled from all that tradition of Islam even while absorbing it. My prayer became the poem and my hopes were that poetry would live like a chant uttered into the atmosphere. Or like a reading from the Quran, or the Torah, something mystical happens when we read poetry, and it gives me a reason for staying on earth & not becoming a total recluse hiding in my home writing letters to those who are no longer here. Poetry is a door like Blake suggested. It is really the doors of perception for me and for those who love to read literature.

SHR: I completely agree with Farrokhzad! How does where you live affect how you feel as a “poet” or as a “writer”?

ZKP: I have lived in many places including Los Angeles, Saint Louis, Memphis, Chicago, New York, Barcelona, and Istanbul. In these various cities, I’ve made friends and more than the space or city itself, it was the friendships that affected my poems. I do think, however, that living near the sea in Istanbul and seeing the Islamic way of life closely but in a developed country (and in a sense, being cut off from my earlier American way of life), changed me as a poet. I understand that I will be a poet wherever I go, and that I will always be exiled from a certain aspect of being American even when it is always America which I write about in my poems. That said, I want to learn the languages and poetries of the people in all the cities & countries I visit. I feel grateful that somehow in my twenties, I was able to see many places and encounter these very big cultures in person. It would not be false to say that writing poetry is the same for me everywhere. I will still be me. It is the poem that will change.

SHR: How does your work life influence your writing?

I’ve been a student for many years and I have had the singular privilege of studying more & longer while keeping my writing as my main labor because of fellowships and scholarships from both Columbia and Washington University. However, when I was in Los Angeles, I did work one full year (before grad school) for Equinox, which was a celebrity gym there. It was probably the most “unpoetic” thing I have ever done. But I met lovely people there in the company and it gave me a sense of discipline & structure which otherwise poets don’t always have automatically. I hope to pursue a PhD in Poetry in the very near future and I am certain that I will teach workshops in poetry fairly soon now that the first book is finished.

SHR: Who and what are some of your influences?

ZKP: I am greatly influenced by my teachers including Mary Jo Bang and Lucie Brock-Broido. I love the elliptical poets, Emily Dickinson, the sonnets of Donne and Shakespeare, the poets from Spanish and Arabic (I am thinking Darwish and Adonis), Persian poetry (especially Rumi, Farrokhzad, and Hafez) has long been my favorite. I have learned to read Turkish during my Istanbul years and I also admire Nazim Hikmet very much. Faiz Ahmed Faiz was an early influence from the Urdu and I continue to read Lorca, Ghalib, and Alejandra Pizarnik with incredible delight and astonishment. On a final note, I will say that young poets should read widely and read against their own style. This technique has always kept me engaged as a reader and writer.

Thank you for this interview, Shazia. It’s been a pleasure to talk poetry with you. Thanks for allowing me to share some of my ideas before the release of The Minister of Disturbances. 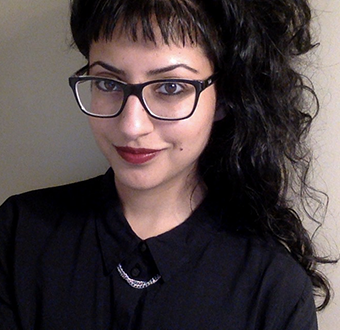 Shazia Hafiz Ramji’s writing has appeared in Best Canadian Poetry 2019, Maisonneuve, and is forthcoming in Event and Canthius. Shazia was named as a “writer to watch” by the CBC, and her poetry and prose have been nominated for the 2020 Pushcart Prizes. She is the author of Port of Being, a finalist for the 2019 Vancouver Book Award, BC Book Prizes (Dorothy Livesay Poetry Prize), Gerald Lampert Memorial Award, and winner of the Robert Kroetsch Award for Innovative Poetry. She is a co-editor for Watch Your Head, an anthology on the climate crisis and is at work on the fourth draft of her autofictional novel.