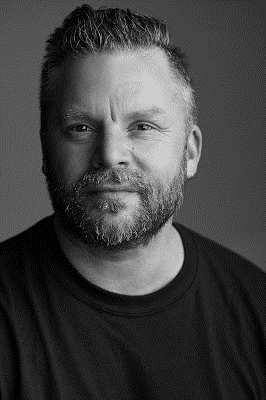 Jeff Steudel's poetry appeared in several publications including, PRISM international, CV2, The Fiddlehead, subTerrain, and Canadian Literature. He received the Ralph Gustafson Poetry Prize, and his work was chosen as a finalist for the CBC Literary Awards. He will be dearly missed.

It is with great sadness that I write to share the news of Jeff Steudel’s passing. Jeff was a husband, father, high school teacher, soccer player, sometime musician, dear friend to so many, and poet. I became fast friends with Jeff on a trip we took from Vancouver to Portland to do a reading at a Lit Crawl at a distillery. Anvil Press sent us out as near strangers (asking that we share a room if not really a bed) and we came back as buddies. On the trip, we talked (what else?) poetry and Jeff shared his admiration for Fred Wah as a poet and teacher.
On the back cover of Jeff’s one and only book that was nevertheless beautifully impactful on the poetry world, Fred Wah wrote:

Foreign Park measures an immediate world through the palpable juxtapositions of the local, what’s close to hand, organic flashes of the day’s objects that can be touched. The “foreignicity” of his poetic park reveals the paradox of where and how we live, that in-between margin in the world where we “don’t need to know everything” and “Every five minutes together [is] a new world.” These poems shimmer in their aliveness. (Anvil Press, 2015)

The next year, Foreign Park went on to become a finalist for the Dorothy Livesay Poetry Prize. Foreign Park was also recognized by the blog All Lit Up, where the book was showcased on Poets Resist, “a series dedicated to poetry as a form of resistance. Every day on the blog we will feature a poet whose work explores one of these topics: colonialism and violence, homophobia and transphobia, environmental destruction, and/or the !@#$% patriarchy.”
Discussing the poetic influence of a road trip to Prince George in an interview with Rob Taylor on his website Roll of Nickels, Jeff explained:

I took a road trip with my dog up to Prince George and then over to Mount Robson Provincial Park, a route that roughly follows the Fraser. I stopped a lot to walk along the river. It really is a grand river, so much spectacular scenery, so much volume and force. However, there are a lot of pollutants dumped into it, some of which can be seen and many of which cannot. I wasn’t really looking for anything in particular on the trip. I wanted to take in details and get a better feeling of the geography. I grew up close to the North Saskatchewan River in Edmonton, and I think I get a feeling of home just being near a river. It's not a good feeling to see industrial effluent discharged into the water. It seems to disappear into the silt, the big mud, but it's still there.

Equally at home in the wilderness or the city, Jeff also followed an equally wide range of poetic geographies. In Foreign Park there are lyric poems “Bonsai,” a love poem with a light touch that lives within the shadow of its title; “Qualifying Heat,” a villanelle that revels in sound and local specificities: “Chain-link rings a skating rink. Marijuana wafts”; and “Dedication,” a eulogy for Derek Miller, a Vancouver blogger who fought for assisted dying for people in Canada. This last poem ends with the equivocal line: “The Magician will be here shortly,” of which an echo can be found in the last poem in the collection. In “Air Conditioner,” a title that reminds us of ecology’s cooling powers, we read the line: “Again the magic of water / rose up and up to be counted on.” This poem elides the I, opting for a poetics that emerges out of the landscape. Indeed, each section of Foreign Park begins with an italicized, untitled poem which feels freeform and notational. It also should be said that Jeff’s curiosity and friendliness shimmers through his book.
Reading the outpouring on social media about what Jeff meant to so many people is heart-breaking and heart-warming, heart-breaking in the loss of someone who was so singularly multifold in their many different relationships, and heart-warming to see how many different facets of his life will be carried by so many, but don’t take my word for it, you can hear this for yourself in Jeff’s voice and vulnerability in this interview he did with RC Weslowski and Pamela Bentley on Co-op radio’s Wax Poetic in 2016. You can also spend time with his poems by getting a copy of Foreign Park at https://www.anvilpress.com/books/foreign-park
I’ll end with where Jeff’s book begins. “... we cannot draw a line that delineates where air ends and we begin because air is in us, fused to our lungs and circulates in our bloodstream. We are air.” - David Suzuki. I like to think that it’s also impossible to draw a line that delineates precisely, in the blurred corners of the heart, where others end and we begin. Jeff grew up hearing German from his parents and grandparents. I think of the happiness in the corners (Glück im Winkl) that we share. 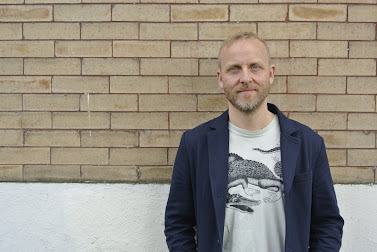 Kevin Spenst is the author of the poetry collections Ignite, Jabbering with Bing Bong, and Hearts Amok: a Memoir in Verse (all with Anvil Press), and over a dozen chapbooks including Pray Goodbye (the Alfred Gustav Press), Ward Notes (the serif of nottingham), Surrey Sonnets (JackPine Press), and most recently Upend (Frog Hollow Press: Dis/Ability series). He occasionally co-hosts Wax Poetic with RC Weslowski, Lucia Misch and Zofia Rose on Co-op Radio. He lives in Vancouver on unceded Coast Salish territory. 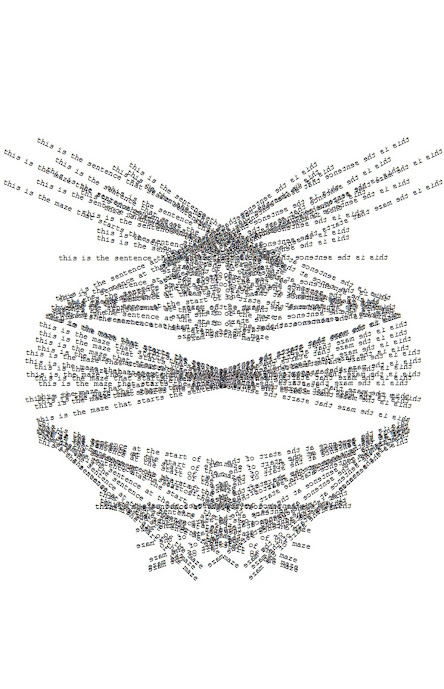 “What is this?” was the question poet Alexander Jorgensen recently asked me in response to a piece of my visual poetry posted online. I will attempt to answer it in relation to Geometric Mantra.

To put it simply, this is lyric poetry, the lyric poetry of blurred identity. Like an electron lost in its electron cloud, identity in Geometric Mantra remains ambiguous, fluid, perhaps nonexistent, until sought after. Yet the poems are also a record of individual expression, such as it can be in the 21st century, a crying out in the dark, a minimalist representation of the movement of mind, an effort at release from the weight of historical convention and expectation toward a genuine individual expression.

In this way, individual expression is as obscuring as it is elucidating, the poem as window in a dimly light room at night where the reader lingers, where the writer writes. Perhaps, you see yourself in the window, and, in the reflection the flickering starlight of the other.  Perhaps, you recognize the shadowy movements outside as the extent of knowledge, the strange confluence of materiality and abstraction involved in every act of looking, of reading, of being.

Without the above, the poems would just be abstractions, exercises in the arrangement of the materiality of language, giving pleasure only through the interest of their shapes. I have come to regard absolute abstraction, if such a thing exists, or, more accurately, to regard the effort to continue to create it as a futile activity. Through the above, these poems run counter to that futility. 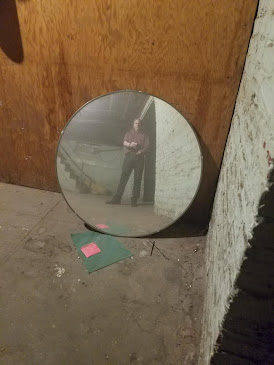 In addition to Geometric Mantra, Andrew Brenza’s recent chapbooks include Poems in C (Viktlösheten Press), Bitter Almonds & Mown Grass (Shirt Pocket Press), and Waterlight (Simulacrum Press). He is also the author of four full-length collections of visual poetry, most recently Automatic Souls from Timglaset Editions and Alphabeticon & Other Poems from Redfoxpress. His latest book, Spool, will be published by Unsolicited Press in February 2021.

I know this span, the pace the current flows

Below its railbed, surge none sees through to
Streamlined glaze the sun and wind incises
Storm to doldrum, topaz to cobalt blue

Flux an inward swirling hurried forward
Regret a heavy metal, with condoms
Spent in thickets on either shore, tidal
Bore a release of salt hinting asylum

Gone the train you’d board to cross when a child
Off somewhere before, downstream, you are found. 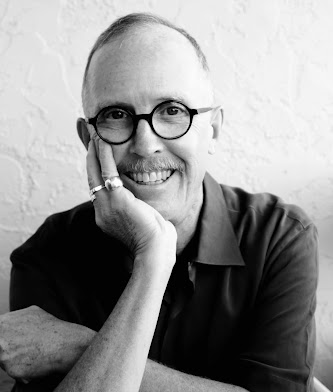 John Barton’s books include Polari, For the Boy with the Eyes of the Virgin: Selected Poems, Seminal: The Anthology of Canada’s Gay-Male Poets, We Are Not Avatars: Essays, Memoirs, Manifestos, and, most recently, Lost Family: A Memoir and The Essential Derk Wynand. He lives in Victoria, B.C., where he is the city’s first male and first queer poet laureate.