Kim Fahner : Why I Was Late, by Charlie Petch

Why I Was Late, Charlie Petch
Brick Books, 2021 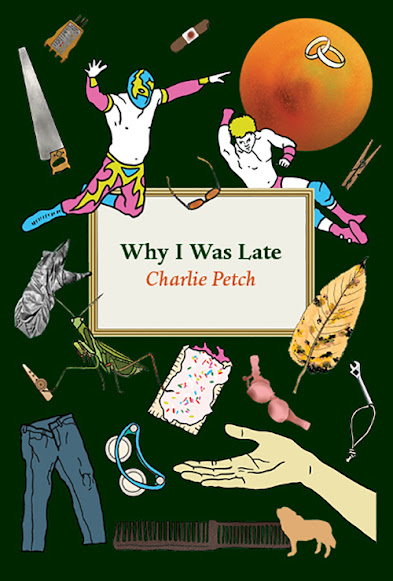 As a reader, you’ll know that Charlie Petch’s Why I Was Late is going to be quirky and fresh as soon as you read the first poem. In “Dear C-3PO,” Petch imagines that C-3PO and R2-D2 were lovers. Later in the collection, there is the very clever poem, “Wookie Love,” a hysterically imagined supposition of what it would be like to be lovers with Chewbacca. Petch writes: “The love cries of my partners have never equalled/the parallel universe of what comes out of your/small-toothed mouth” and “I want to twist and grind you until we become/dreadlocked./dreadlocked//(I'd take them out later though   because I'm white).” Anyone who grew up in the late 1970s or early 1980s, who was around for the first big Star Wars wave of pop culture hysteria—and so who also might have collected those action figures of Han Solo and Princess Leia—will smile nostalgically as they read these pieces.

There are, too, the poems that speak to bigger notions of identity and pop culture influences, and how fame can distort reality. In “The Ballad of Owen Hart,” the poet writes of a famous Canadian wrestling star who “died on live TV” and of Hart’s “fallen beauty” in the ring. They question the cost of fame, the need to fashion a persona that requires “costumes/that make you feel foolish.” Then, a reflection on Mike Tyson’s career is found in “My First Lisping Hero.” Petch writes of the famous American boxer’s troubled life—struggling to try and capture that life’s truly mercurial essence—ending the poem with lines that sit powerfully in the reader’s mind: “Some humans are capable of so much/when we give them a chance/to get up off the mat.” There is always hope, the poet suggests, when we do not box people up and make them colour inside the lines. Petch’s poems about Hart and Tyson ask the reader to think about what other parts of personality that so often are hidden behind the mask of celebrity. There are surfaces and there are depths, and Petch asks us to think about the depths—to go beyond the superficial aspects of what we initially see in pop culture to find deeper truths.

The theme of identity—and of speaking personal truths—is consistently present in Why I Was Late. Petch is a transmasculine “poet, playwright, librettist, musician, lighting designer, and host” who has their roots in spoken word poetry. In several poems, Petch speaks to the pain and trauma that occurs when gender is wrongly perceived as being restrictive and not as something that can be fluid and intuitive. In “Schoolyard Theatre,” the speaker recalls a party where “I was a guy at a party/fake smoke and drink in hand/my body relaxed/into boy.” In “Dropping Doves,” the poet speaks of Matthew Shepard’s murder, of “brutal men,” and of the hope of  “better models of masculinity.”

Later in the collection, in “Why Did the Trans Kid Cross the Road?”, Petch writes about the Ontario Conservative government’s decision, in 2019, to debate the existence of trans and non-binary people, and how the government “gave out a hotline number to report teachers talking about gender identity or respecting pronouns.” Petch writes, poignantly and powerfully, of how speaking a truth can result in severe mental anguish for young people who are grappling with their gender identity. The figure of a crossing guard—someone committed to protecting children—might be different under this new regime. That guard might be someone who “grips the pronouns” as “blood spills/between his fingers,” might turn into someone who “doesn’t stop cars.” Petch reminds us that we need to speak up in favour of diversity and acceptance, to speak up for the safety of young people.

Charlie Petch’s Why I Was Late is so very richly textured. There is a clear voice here that calls the reader to note social injustices, to speak up and speak truth for the good of self and others as well, but there is also a beautifully tender and personal voice here, one that speaks of love and of love lost, of humanity’s inhumanity but also of its big, beautiful heart, and a voice that takes careful note of the sheer beauty of life itself. In “Our Love Is Groundless,” Petch writes: “When you tell me you love me/I orbit the earth.”  In “Muscle Memory,” four short lines that hum with power sing on the page: “Don’t tell me/I’m strong/ask me how/I got there.” There are so many other beautiful things to notice in this debut book of poems, but these are the ones that sang out to me. If you haven’t read Why I Was Late yet, I’d suggest spending time with Petch and their poems. 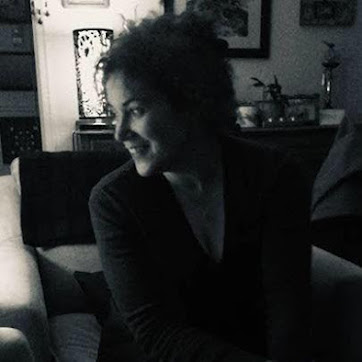