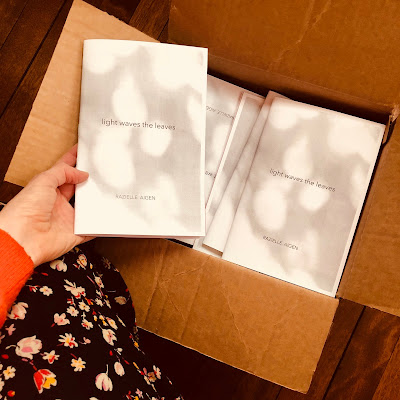 Think: early spring. Think: death. Think: late fall. Think: falling in love. Think: crepuscule. Light Waves The Leaves is a constellation of poems about the transitory, governed by a double mood of coming and going, of entry and exit, and of thresholds. Think: in-between-time moments of flux, Time at it’s most potent potential, on the brink of becoming, or on the verge of disappearance. Think: light, a luminosity dilating as you enter it. Think: waves, a movement of undulation. Think: leaves, leaves as in the noun, spring’s new beginnings scintillating in early morning sun or moonlight; and, leaves as in the verb to leave, a gesture of leave taking, a waving so long! as you go.

The collection is a whole comprised of component parts, interrelated moments of hellos and  goodbyes, arrivals and departures, doorways and portals overseen by the inevitable mutability of all things. Everything changes. It is of the eventual nature of all things to transition from one state of being to the next. . . And still, there is always an element of surprise in this inevitability, an unforeseeable permutation arises despite expectation. How is it that we are perennially astonished by first blooms? We are perplexed by newness and birthings, perhaps because they hold traces and echoes of the old haunts that we revisit, often, in heightened states in which our very capacity for accurate perception is questionable. We’ll turn to each other, or tun inward, and ask:  this seasonal change, is it merely affect!? and if so reliably predictable, why is it that we feign surprise at the first cruelties of spring and the suddenness of hyacinths? We wonder at, and are in wonder of, the strangeness of beauty. 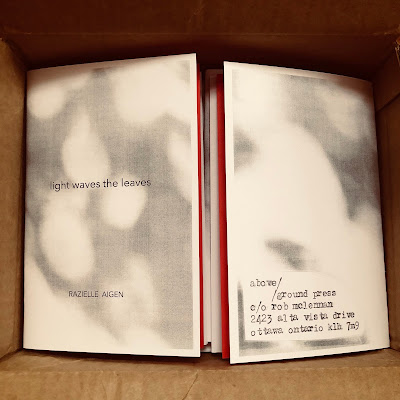 The poems in this collection, each in their own variable way, court the notion of Time as an abstraction. Time as that somewhat perceptible, and sometimes predictable, metric/medium of change. Time itself is punch-drunk on light, the luminosity of fleeting and subliminal impulses towards lightwaves, movements that register as a synecdoche of its passing, that is, our relativistic and limited impression of Time’s passage. In passing, passing away, this too shall come to pass — these verbal cues, moods of this movement, are ways of verbally capturing lightwaves’ fleeting mutability — The result is a slippery essence of Time, in which talking about Time slips like sand (the granular reduction of once stately mountains), through our clenched fists, indifferent to our attempt at tightening the grasp — read: the vain effort of trying to verbalize the ephemeral — the eons that would take!

Birth, arrival, death, decay, and potential are all instances on a continuum, instances of Time that linger just long enough, acting as placeholders, so that some such sense can be made of the shattering ecstasy, the Mystery of it all. The dependable radiance of transfiguration comes as consolation. When we see the light — Time at a standstill for an extended flicker — we’re reminded that we won’t be here for very long. And still, a vast eternity opens as we attempt to say something about it, as we grapple to slot the sublime into words. It is in this spirit that this cluster of poems may be read as you go. 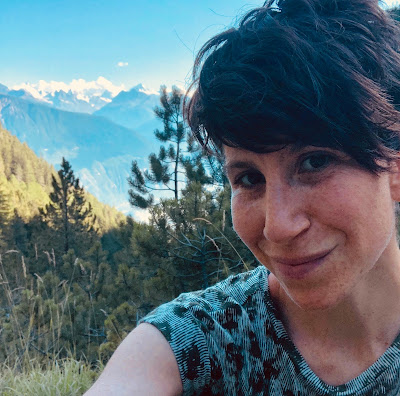 Razielle Aigen is a Montreal-born writer and artist. Her poems appear in Entropy, Contemporary Verse 2, Deluge, Ghost City Press, Train: a poetry journal, Bad Dog Review, The Anti-Languorous Project, Talking About Strawberries all of the Time, and elsewhere. Razielle holds a B.A. in History and Contemporary Studies from Dalhousie/King’s University, and is an alumna of The Writer’s Studio at Simon Fraser University. More of Razielle’s work can be found at razielleaigen.com and through Twitter @ohthepoetry.