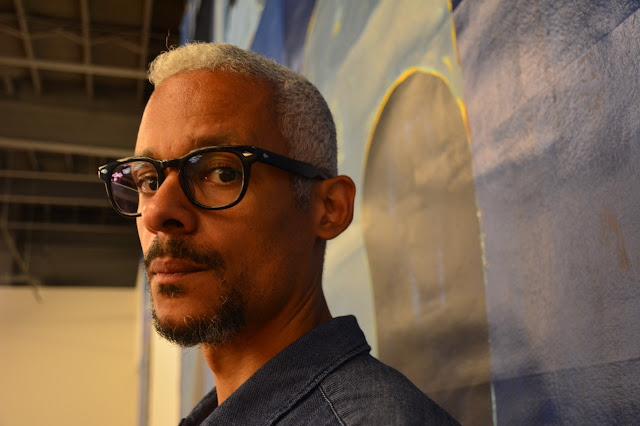 Kaie Kellough is a novelist, poet, and sound performer. He was born in Vancouver, British Columbia, raised in Calgary, Alberta, and in 1998 moved to Montreal, Quebec where he now lives. He is the author of the novels Dominoes at the Crossroads, and Accordéon, which was a finalist for the Amazon.ca First Novel Award, two books of poetry, Lettricity and Maple Leaf Rag, and two albums, Vox:Versus and Creole Continuum. He has performed and published internationally.

Magnetic Equator seems very much constructed as a book-length project. How did it originally begin, and what did you learn through the process?

Magnetic began as an assemblage of about a decade’s worth of fragments. It marked an end to a period when my poetry was almost completely based in sound and performance.

Looking at the fragments, I found that I had two categories of successful writing: one that was inspired by the poet Ai, that was narrative and used a longer line, and that looked at adolescence in Calgary in the 1980s, and another rooted in the work of poets like Kamau Brathwaite, M.Nourbese Philip, Mikey Smith, Dionne Brand, Martin Carter, and others, and that examined my Guyanese ancestry. Gradually, Magnetic became an attempt to grapple with two persistent questions: who am I, and how did I get here?

The book moves back and forth between South and North America, chapter by chapter, and each chapter is a long poem. The long poem, as well as the South-North movement emerged as the writing progressed. Magnetic became a conversation between experiences in both places, the book almost in argument with itself.

Recalling the Oka crisis, the Gulf War, police shootings of Black teens in Montréal, and police abuses of Indigenous youth on the prairie, meant that one of the major questions became: how does one write with anger? I didn’t think of writing through it, because the world has not resolved the problems that ignited it in the first place, so I knew there would be no emergence.

I wanted anger to be felt in the sinew and curve of each letter, felt seething in the kerning. But I didn’t always want it at the surface of the poem. At times I wanted it to simmer below the surface. At other times I wanted to channel it into other moods.  Throughout the writing process, one major challenge was learning how to approach, think with, and write with anger.

We first spoke at the Niagara Arts Center in St. Catharines, Ontario, where Dionne was reading from a draft of The Blue Clerk. By that time, I had been reading Dionne for nearly 20 years. I first read Bread out of Stone in 1998, at 22, in Calgary. When my own writing entered the conversation, the boundary between literature and life seemed to dissolve.

This was the first time I’d worked with an editor who had extensive knowledge of Caribbean literature, and of Black writing in the Americas, who understood the cultural significance of certain historical figures, events, and poetic techniques, who likely knew all of the references I was making, and who could trace the lineage of the text.

Working with an editor who had that degree of cultural familiarity was ideal. It gave confidence, because it told me that someone who understood the tradition judged my work to be relevant to, and part of that tradition. It was a moving experience, and one I hope most writers can have at some point in their careers 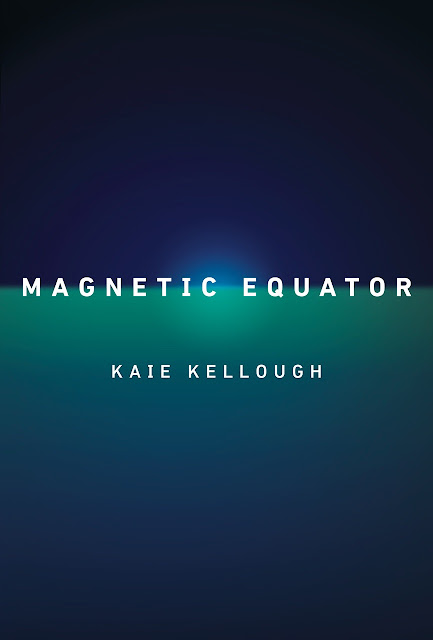 I’ve heard you refer to yourself as a “spoken word poet,” but you work very much with print. How important is sound on the page as you work? Do you feel there is anything lost at all in sound or cadence through working on the page? What is the difference?

“The hurricane does not roar in pentameters.”

The famous quote from Kamau Brathwaite emphasizes the importance of sound. Sound and cadence are shaped by our environment. They carry our culture, history, and identity. As a poet, it’s crucial to be aware of my voice, my riddim, my sound.

I’ve always loved hearing the solo voice raised in language. Staceyann Chin, Saul Williams, Lillian Allen, Sarah Jones, Clifton Joseph, d’bi young, Paul Dutton, Gary Barwin, Greg Betts, Tanya Evanson, Tanya Tagaq, Quincy Troupe, to name just a few, are remarkable to watch, to hear. Their performances awakened me to the ways different articulations resonate in the body. Their use of voice exposed me to the range of rhythms available, to the movement and force of those cadences, and taught me to transpose those qualities into writing.

Whatever register of language I’m using, I always consider an oral quality, a quality not necessarily of voice, but of identifiable cadence and movement, a characteristic speech pattern, one that indicates a temperament, mood, and attitude appropriate to the subject. A rhythm is an attitude, a way of moving through the world.

But there are major differences between written poetry and oral poetry. In writing, language is the instrument that you play. In oral performance, even if a text is present, voice is the instrument, sound is the medium, and the poem enters time. It becomes a physical, embodied act. The poem happens.

You mention that the pieces in Magnetic Equator were composed over an extended period. How did the book find its shape? Did the shape of the final manuscript emerge through the writing, or did you have a sense of it before you began?

The shape emerged gradually. Years before, I read a Québécois novel called Les Filles Bleues de l’Été, a strong debut by Mikella Nikol. It featured two narrators, and each chapter was told from the perspective of one or the other. That alternation allowed for more than one lead voice to be heard, for dialogue across chapters, for one narrator to challenge the other, for suspension and interposition, and for a renewal of the reader’s anticipation before each chapter. I was impressed by the way such a simple structure could transform the experience of reading a novel. It reminded me of a musical passage on the record Mingus at Antibes, in which Eric Dolphy and Booker Ervin alternate solos. Each soloist establishes a unique voice, and the solos build a narrative in relation to one-another but also in relation to themselves. The alternation creates tension and establishes an internal dialogue.

As Magnetic developed I tried to impose a similar alternation, one that moved between places instead of between narrators. That structure allowed for characters and narrative currents to cross from one place-based consciousness into another, to fragment and migrate across the border between chapters. As the idea developed, I hoped it would allow the book to formally enact a kind of diasporic movement.

Have you been writing much in the way of poetry since Magnetic Equator was completed? What have you been working on since?

I was writing Magnetic while working on a collection of short stories, Dominoes at the Crossroads, published in February 2020 with Véhicule Press. Dominoes and Magnetic are siblings. They draw from a similar cultural vocabulary, they look at similar issues of diaspora, place, and they both attempt to frame experience in Canada with cultural, familial, and historical connections to the Caribbean, but they differ in tone and approach. The short stories are more playful, more agile, always turning toward a particular becoming while turning away from it. The stories distort the elements of reality that they duplicate.

In terms of writing any poetry since Magnetic was published, I attempted one long poem for a collaboration with Oana Avasilichioaei, for the Festival Poesie Berlin, which we were both looking forward to, but which was cancelled in light of Covid-19. Oana was composing an electronic soundscape for the poem. The poem was a meditation on one of my ancestors, Charles Tanner Lam, who migrated from Hong Kong to Guyana, South America in the 19th century. I am very interested in his story, and in Chinese migration to the Caribbean, but I don’t know if poetry is the right medium for this work.

I’m always reading poetry (right now the latest quartet from McClelland and Stewart: Nancy Lee, Canisia Lubrin, Noor Naga, Michael Prior), and the thought of writing poetry is always there, even when the practice isn’t.