I lie down on rocks
Pick medicines
Sweet fern pointing me to blueberries
I’ve been here a long time
Squaw Valley, anishinaabemowin in the kitchen
Grown up secret languages
Clattering stove lids
But also my uterus builds a
Placenta out of beets and cabbage
The midwives have never seen anything like it
Grannies
Hurtle through time and space with ease
No matter the adoption                  Still

My son arrives from the star world

Somewhere with furs and carpentry gear, a woman from Moose Factory gets into the canoe

People only know me
Here, in the bush
Where I am more recognized by mosses and minerals
Where that wiigwaas builder sees my great grandpa when he looks at me
Grandpa danced on tables in bars and then not on tables at AA roundups
Nan takes tobacco from her mom, puts it in my mom’s hand, she passes it to me, I
Pass it to Tom.


Stepdancing across the page, “Stepdancing the asinig (rocks) with pierogies” recounts a place, “[h]ere, in the bush” (17). In a reflection called “Following Nan to the Kiji Sibi,” Cole writes, “When I think of where I come from, it is a particular spot at the edge of the Ottawa River” (231), the Kiji Sibi. The rocks the speaker lies on in this poem might be exactly there. Cole’s grandparents are from “nearby” that spot, “little towns” like “Mattawa—in a community they used to call ‘Squaw Valley’” (231). This poem uses that old name (a slur) in place of the in-use name (an Algonquin word). This move situates the poem’s celebration of the speaker’s place (in this bush, in this family) within historical context, the context of colonialism. This word comes along with the mixed-ancestry cultural inheritance of pierogies and wiigwaas canoes. It’s in this colonial context that “anishinaabemowin in the kitchen” might sound like “[g]rown up secret languages” to a child who doesn’t speak it (5-6). But also this speaker uses anishinaabemowin now, and the asinig are the “here” the speaker is at.
“But also,” the speaker clarifies after remembering the languages and “[c]lattering stove lids” in the kitchen, where people build themselves with language and food, “my uterus builds a / Placenta out of beets and cabbage” (5-9). An artistic creation as much as a canoe or a poem, this placenta is the fruit of the land turned into first nourishment. On the literal level, the speaker eats vegetables that fuel her body, including her uterus as it builds a placenta. On a second level (synecdoche), the uterus is a part of the speaker that stands in for her; the beets and cabbage are a part of the land that stand in for it. The uterus for the person and vegetables for the land emphasize the fecundity of both. This fecundity does not necessarily mean fertility but instead a broader idea of creativeness—this poem shows the links in the family line “[n]o matter the adoption” (13). Not specifying which family member is adopted, the speaker reminds us the adoption is “[n]o matter”: all her inheritances help her arrive her son. Cole told me in an email that “it is my dad who is adopted, out of a Polish family. Those ancestors, too, made their way into me growing Tom in my beet womb!” Since the speaker isn’t interested only in the genetic links a placenta makes, it operates on a symbolic level, too. On this third level, the speaker prepares a way for the next generation, a way that is tied to this land. The speaker creates something whose meaning spirals deeper than the surface reality. After all, “The midwives have never seen anything like it” (10). That’s saying something, since this speaker moves through rhythms of picking medicines and blueberries that have been going on well beyond her own life.
“I’ve been here a long time” (4), the speaker explains. She’s been here long enough to prepare these vegetables for the future, for when her “son arrives from the star world” (14). She’s been here longer than that, though. She’s been here long enough to know the past is also in the future: “Grannies / Hurtle through time and space with ease” (11-12). The speaker welcomes her son and the grannies keep them both linked into an ancestry.
“I’ve been here a long time.” The contrast between the hurtling ancestors and the “Still” before her son’s arrival indicates the enduring present moment that reaches into the past and the future, a reaching visualized in the blank space surrounding the word (13). While the poem moves around (to Moose Factory, with its storied colonial past, for example), all along the speaker is here, lying on those rocks. The speaker is still here, like the still before her son’s arrival, with its double meaning of unmoving and ongoing. This poem is in the present tense, so all of this is happening right now: the son arrives, the grannies hurtle, the speaker “pick[s] medicines” (2). (Those repeated “i” noises sound like picking—we can hear it happening.) But it’s been happening a long time, since those grannies, all the way back. The poem ends on this ancestral line, as one family member passes tobacco to the next (21-22). Because “Pass it to Tom” comes on its own in the poem, the verb form seems altered from the present tense into the imperative: the speaker tells herself to pass it on, and that’s where the poem ends—and thus doesn’t end, a direction to the future, despite holding the only period in the poem. Endings are always inside something longer.
“I’ve been here a long time.” It’s “here,” the speaker says, that “People only know me / Here, in the bush / Where I am more recognized by mosses and minerals” (16-18). Does she mean that people only know her here, as in here she has no relationships outside of knowing (her only way of being in the bush is known)? Or does she mean that the only people who know her are the ones here (her only way of being known is to be in the bush)? Or both? Do the mosses and minerals recognize her more than people do elsewhere? Or do they recognize her more than mosses and minerals do elsewhere? Or both? The ambiguities in “only” and “more” play up these potentials of recognition, like the recognition of her great grandpa in her (19) that is the recognition that “I’ve been here a long time.”

Note to Readers
I appear here as a reader of these poems offering models of response, aiming to open up possibilities for other readers. I’ve connected with the poets, and I’d now love to connect with other readers. How do you respond to these poems? Do you have questions or comments about my readings? Or about this project? Please get in touch with me at deicticpress@gmail.com. 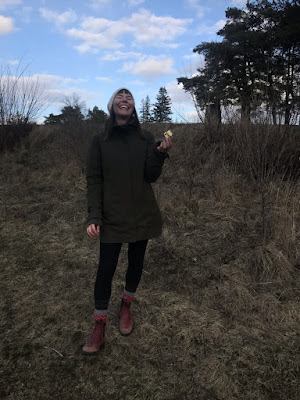 Jenn Cole is a mixed ancestry Algonquin Anishinaabe performing artist and Assistant Professor at Trent University, in Social Justice and Gender Studies, where she researches the performance histories of two rivers, the Odenabe, here, where she currently lives in Michi Saagig territory, and the Kiji Sibi/Ottawa River of her home territory. Her artistic practice most recently leans into questions of what watershed ecologies (plant, animal and water relatives) remember, and how stories of Indigenous presence can be accessed and transmitted through the inspirited body in performance. This poem came out of a workshop with Jill Carter (Anishinaabe/Ashkenazi) in Nogojiwanong as part of the Precarious: Precarity in the Arts Festival in 2019. 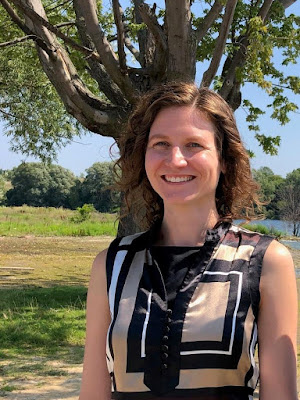 Dale Tracy, a contract faculty member, is an assistant professor in the Department of English, Culture, and Communication at the Royal Military College in Kingston, Ontario. She is the author of With the Witnesses: Poetry, Compassion, and Claimed Experience (McGill-Queen’s, 2017) and the chapbooks Celebration Machine (Proper Tales, 2018) and The Mystery of Ornament (above/ground, 2020). She received an honourable mention in Kalamalka Press’s 2019 John Lent chapbook award contest.