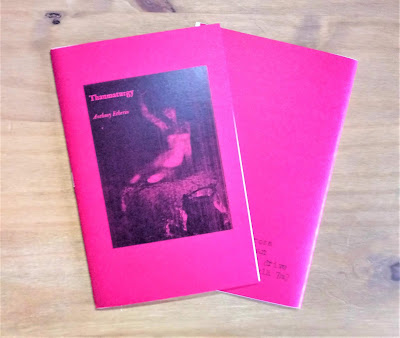 The word ‘thaumaturgy’ — literally ‘miracle-working’, although often used synonymously with ‘sorcery’ and ‘magic’ — was introduced into English by the Anglo-Welsh mathematician and alchemist John Dee, in his 1570 volume Mathematicall Praeface to Euclid's Elements. (Dee, incidentally, was also the first person to use the term ‘British Empire’, but let’s not hold that against him.)

John Dee used ‘thaumaturgy’ in reference to an ‘art mathematical’: the construction of new devices of such mechanical and mathematical complexity that, to those ignorant of their workings, they would seem to be magical in origin — perhaps diabolical. Dee and others like him suffered many accusations of collusion with evil spirits.

Throughout history, works of strict literary constraint have similarly been associated with mystical forces, both daemonic and divine. Palindromes have been found on pagan and Christian amulets; the Greek palindrome ΝΙΨΟΝ ΑΝΟΜΗΜΑΤΑ ΜΗ ΜΟΝΑΝ ΟΨΙΝ (“wash thy sins, not only thy face”) adorns the baptismal font of Hagia Sophia. The Kabbalistic systems of gematria, notarikon and temurah variously employ anagrammatic, tautogrammatic, cryptogrammic and numerological rules (these systems were originally created to decipher esoteric biblical truths, but practitioners of black magic have since used them to devise ceremonial magics supposedly capable of conjuring and controlling daemons...).

Over the years, I have written numerous constraint-based poems, and it seems there’s still plenty of apparent ‘magic’ left in these formal restrictions — even to less superstitious, contemporary minds: My lettristic manipulations on Twitter are often met with light-hearted (I trust) accusations of witchcraft and wizardry. The celebrated magician Penn Jillette very kindly provided a blurb for my October 2019 full-length collection Stray Arts (and Other Inventions) (out now from Penteract Press!). And a Mexican friend recently dubbed me El Brujo, which is a far cooler sobriquet than I have ever deserved.

Stray Arts is a collection of my ‘biggest’ poetic experiments, employing a variety of restrictions, often in combination — palindromic sonnets; palindromes that are perfect anagrams of each other; different styles of palindrome; and sequences of formal anagrams.... The piling on of constraints has, I like to think, something of stage magic about it: reveal upon reveal; wow upon wow. It results from a similar mentality to that of the magician: laborious, intricate planning, relentless practise and preparation, all for a single scene, a single moment, designed to dazzle — and, of course, for the implicitly invited question, How was it done?

Included are various forms of palindrome, such as these meditations on the crew of Apollo 11; the first stanza is palindromic by letter, the second by pairs of letters, and the third by blocks of three letters:

Neil A.:
NASA peer.
Craft far,
creep as an alien.

The chapbook also features lipograms of various kinds. There are triolets and small sonnets. And there are a number of anagram-poems, including this suitably Dee-esque alchemical sermon:

I hope John Dee would approve. He lived in a time when science and magic were, in many respects, one and the same. I like to think a remnant of that synthesis persists in constraint-based poetry.

Many thanks to rob mclennan and above/ground press for publishing Thaumaturgy. Copies are still available! Please order and, I hope, feel inspired to compose your own incantations.... 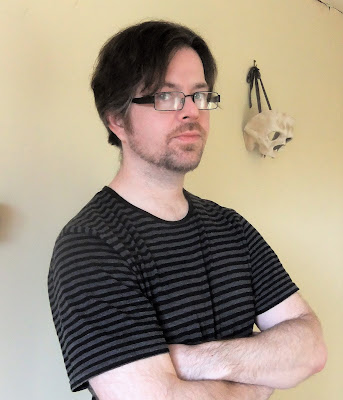 Anthony Etherin is an experimental formalist poet, a publisher, and a musician. For more of his poetry, find him on Twitter, @Anthony_Etherin, and via anthonyetherin.wordpress.com