Rawn and Jérôme Melançon : Letters in a Bruised Cosmos, by Liz Howard 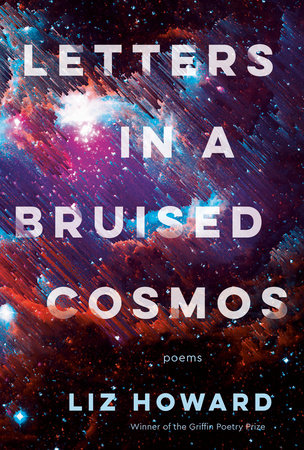 When Rawn decided they would take up the reading challenge at their school, we went off to the bookstore to find a book of poetry they might like for one of the bingo card squares – read a book of poetry. They were drawn to the gorgeous and intriguing cover of Liz Howard’s Letters in a Bruised Cosmos, and to the pink spine. Jerome was already familiar with Howard’s work and jumped on the opportunity to read this with them. This is a continuation of our short discussions around the book.

These poems are woven with dying and life, and with the need to forgive and the difficulty to do it. For Rawn, who has been learning about World War II through Anne Frank, the collection brings associations with diaries written during war time. And there is a lot here about surviving in the midst of a genocide, and finding ways to remain, or remake oneself whole. Part of this search is for mechanism of identification: Howard describes the portraits at the hospital where the narrator works, including Warhol’s “Ten Portraits of Jews of the Twentieth Century”; the great-grandfather who fought in the First World War and the relatives who fought in the Second; the generations of women whose lives included sexual violence. These figures are all points of reference, they offer the possibility of partial identification. And Howard presents them without setting them in stone, acknowledging that their lives and selves went beyond what she can see of them. And many of her poems are letters, remaining open, following from a previous or ongoing relationship, expecting a response. Nothing is closed off. Not even a difficult relationship with a recently deceased father whom she does not attempt to exorcise.

The writing in this collection is expansive, it glides and sometimes skids between registers. It embraces vastness and accidents alike. Smooth passages suddenly hit bumps: “The future history of mind / takes everything to forgive / the impulse to to rue the day / I met you at the university / I cannot make peace with that / which will not leave me / to test the surface tension / of deeper blues.” (14) Both of us were surprised by the title “I dream in gmail”: this is not something you usually hear. It reminds Rawn of funny things they said as a younger child, the hilarity of absurdity, the kinds of nonsense ideas friends exchange: Howard talks to readers as if talking to a friend.

Words float in space on the pages, always in different forms and arrangements. In the poem “Superposition” the lines twist and twirl, looking like waves. In “True Value” and “Father’s Day” the simplicity of the line spacing – a space between each line – and the text breaking up into small, short lines create an inexact pattern. It’s easy to read each line, there’s time to breathe, and the space makes room for more: it’s almost like there’s words in-between. For Rawn, these constellations are a reproduction of how in your brain there are lots of thoughts floating around. Most of the pages are full of words like stars in the night sky. Words Howard picks out and makes poems out of. And the night sky, or the cosmos, act as a metaphor for the mind. It makes sense then that poetry and the speaker’s (and Howard’s) work doing research on the brain are so closely interwoven.

Searching personal experiences and history, searching the brain are two ways to pick out elements to create meaning. The short poem “Spring Letter,” in tiny stanzas, stops on three images. The most striking, unexpected, “Geese fly backwards in my mind,” points to processes outside of our reach. Longer poems like “Letter from Halifax” catch echoes of family history, cosmologies that correspond in unexpected ways – and of the stories our own friends have told us about the city. And Howard constantly plays with expectations: of poetry, of Indigenous people who also have settler family, of forgiveness or resentment, and of women. In the beautifully titled “Life Cycle of the Animal Called She” she lists women’s roles in the margin of the text, as part of the text, interrogates relationships and definitions of bodies. If the words suggest acceptance, the juxtaposition carry a sense of refusal and struggle, a knowledge that peace is only ever a passing state. 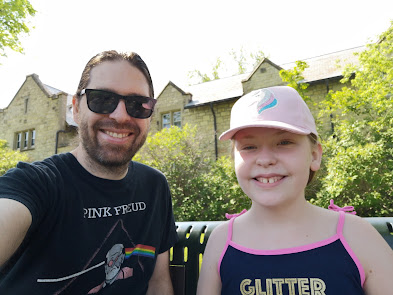 Rawn Melançon loves Disney. They are an actress and like to make up characters with funny relatives with their friends.

Jérôme Melançon loves music. He is a poet and teaches philosophy, social science, and sometimes even poetry, at the University. He likes to research and write with his friends, or make new ones to do it.