The surface of the lake riffles in the morning breeze —
Boats burble at their moorings.

I woke feeling particularly white, visiting
This lake, sleeping in a cabin nestled among other cabins.

We’ve been coming here for years.
A bird cleaves the sky; it’s today.

I’m acutely aware imagination shapes the land and the lakes;
how we claim space or know our place requires our presence.

I know this lake is older than the name it bears,
That it was known by another name long before any Millers showed up,

But I don’t know what that name is; and I want to sit here next to the lake,
Read my book, and think.

A loon stitches the surface of the water
And trees along the opposite shore.

Because it is summer
I can enter this lake,
And because of my privilege
When I enter this lake
It is another lake my
Privilege cannot see
In which I find myself.
Privilege is blind, an
Agent bestowed upon
Me by my age. I know
About it because others
Know — others always
Know what I do not.
And they tell me what
I need to know. Here
Inside this lake is another
Lake, and I may or may
Not know it is into this lake
I emerge, submerged
In the present, where it is
Quiet and murky, and
There is a history, even if
I cannot see it entirely.
Please tell me what it is.

Birch bark became to middle with green,
Which also became to muddle with sky.
Perhaps we can remember everything together;
Work hard, ignore what we think is real, rely on the possibilities
The shifting ground has. Doesn’t every
Square inch of ground contain multitudes?
One does not contain multitudes by saying so:
Language is finite, it stops bodies from walking through open doors.
It is a privilege. And to have the privilege to say privilege —
Doors must have walls to frame them, and walls will frame a body
So a body can sit indoors and watch the sudden arrival of rain
Greening the grass and the leaves trembling the limits of branches
And contemplate long enough to compose a poem.

We remember fewer birds now
But their songs ring out. They
Are framed by what we see,
By what we think we know.
But they are still birds. We are
Still people, living our lives
And either listening or not,
Move through time. Will
The fear of saying the wrong
Thing ever pass? It is impossible
Not to say the wrong thing.
Power is inherent to language.
It is impossible not to give the
Birds what we want them to have,
Things they never asked for,
Or want, or even need. To make
Them human, even if we don’t
Think they are. Description as
Denaturalization — the function
Of language — how it ascribes,
It captures, it colonizes, whether
A bird or another, it makes
That other yours.

The truth of the matter:
We are engaged in a civil war of memory.
I want to see a landscape for what it is
Full of presence and erasure
I want to know the truth of a place
As much as I want to live in it.
I want this lake to be mine
A body inside my body
As my body can be inside its body
And allow other bodies to do the same. 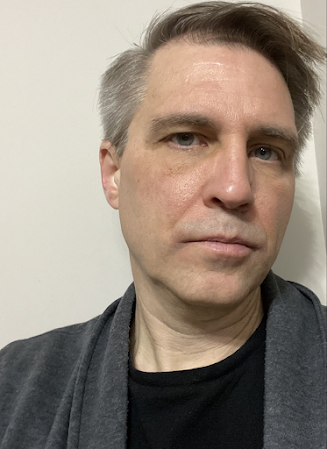 Jay Millar lives in Toronto where he is the co-publisher at Book*hug Press. His most recent book is I Could Have Pretended to Be Better than You: New and Selected Poems (Anvil Press, 2019).