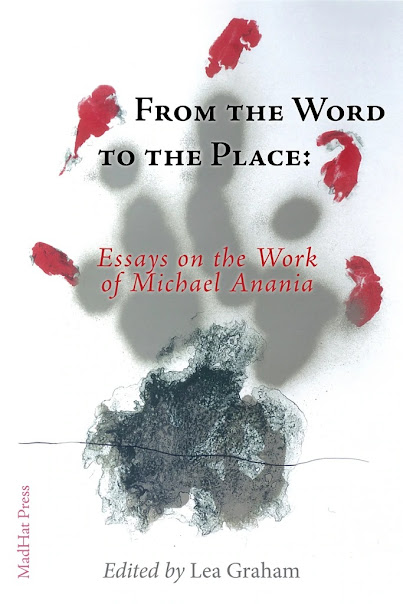 Day four of my PhD exams: Poetics. I’ve pretty well aced the first three and this one should be a proverbial stroll in the park.  Five or ten minutes of mulling over the prompts and I boldly begin this final exam with what I consider an O’Hara-esque sendup/tribute to the history of poetics. No ideas but in thinks. However, after a page or so I begin to worry that perhaps some part of my committee will perceive this supposed-to-be serious examination essay a bit too much like one of my prose poems and by way of argumentum a simili downgrade or diss this last of my final exams. As my alma mater is the University of Illinois–Chicago, what then is Michael Anania but “my brudder from anudder mudder”? But also, my mentor and at times my proverbial model.

Anania warns a Modern Poetry class that Ezra Pound was not just fooling around with fascism; he informs a workshop student who’s written a quasi-surreal garden poem that she really shouldn’t title it “Strange Fruit.”  [During discussion of] one of my lefty poems in a graduate workshop, he likens the radicalism of Percy Shelley to the Communist Party, William Blake’s to the Trotskyites. He suggests I might somehow get into the poem the look or feel of the woodcuts that appeared in New Masses or Rebel Poet. Michael Anania knows where a poem wants to go.

David Ray Vance and Catherine Kasper will fall in love in these workshops. I will try to take Anania up on the woodcuts idea. I will write an essay on the raging debate: is LANGUAGE poetry a revolutionary disruption of the commodification of language or is it pretentious moving wallpaper? Mike Barrett and I will have a beer upon arriving at the UIC Writing Program’s student and faculty readings at the campus lounge one evening. Michael Anania will read the silence and music of his lines.

Coming from a working-class background—as did many of us—Anania reacted to the university with the proper amounts of respect for intelligence and creativity and irritation with academic applesauce (it’s not made from real apples). He handled the academic milieu with confidence and he built with us a camaraderie poetical ever after. He dedicated the poem “Considerations in Time” in Heat Lines to David and Catherine. Anania argues the LANGUAGE poets are postmodern surrealists. In workshop he tells the story of Carl Sandburg at an event for the Brotherhood of Sleeping Car Porters. Sandburgh is up on the stage repeating the union’s name again and again to hear the music, the beauty of the name and what it stands for. The Brotherhood. Of Sleeping Car. Porters. The Brother. Hood of Sleep. Ing Car Porters.  “It’s something a poet would do,” Anania explains, “but it didn’t go over well with the whole audience.”

This is the fate of my final essay as well. One [doctoral committee] party pooper misconstrues my serial sketches as moving wallpaper. Then there’s the clatter and clamor of my heart in my brain as I get nervous at the first of the oral exams. But years later when Michael Anania retires, I take up the argumentum a simili as sword and shield—or maybe crucifix and wooden stake—and do us both proud.

from From the Word to the Place ed. Lea Graham
MadHat Press, 2022
reprinted with permission 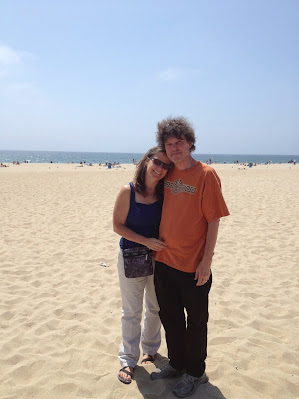 Frank Rogaczewski lives with his wife and comrade Beverly Stewart in bee-yoo-ti-ful  Berwyn, IL with their dear dog, Seamus, their dear foster dog, Kitsu,  and their lovely literary cats, Gertrude and Virginia.  Frank is now responsible for two books of prose poetry, The Fate of Humanity in Verse and Jeepers and Criminy! Are You Following This? A Helpful if Inexact Proletarian/ Smart Ars Poetic Manifesto. An adjunct English instructor and leftist for many years, he continues to move to the left.