“the harsh shove of love
makes the defiant artist
dance on his tightrope.”  - Irving Layton

I have collaborated with Russian artist Jenya Stashkov on numerous occasions and his recent Canadian Project has sparked a further interest in contemporary poetry. Stashkov received fifteen poems compiled by widely published Canadian writer Stuart Ross and translated these English language poems into Russian, providing illustrations for each.

I have long admired Jenya Stashkov’s artwork and he uses this to compliment the poetry he has translated in this project. For each of the fifteen poems a black and white illustration stands sentinel alongside like a sequence of short episodes of surrealism, a juxtaposition of images from the unconscious mind.

Imagery is captured eminently well in this selection of fifteen poems:

“Lay with me / on the dirt-covered linoleum and place your pomegranate seeds / on my tongue. Let’s turn this soil together. Look how good, how grounded.” (From ‘Terrarium by Délani Valin).

Nature is further captured in Alice Burdick’s ending to ‘The Great Outdoors’: “Life is something that involves wings / and short shrift in the tall grass.”

Reading through the collection is highly reflective. The Canadian fifteen continues: “The wishbone though. / Intact and delicate / like a canoe slicing / though the nothingness / that should have been / a heartbeat.” An evocative psychological simile in the opening to Ayesha Chatterjee’s ‘Direction’.

I can imagine Jenya Stashkov really enjoying translating these poems as I have reading through their English language originals. Imagination is an important part of the creative arts and I particularly rob mclennan’s ‘Beware The Failure Of Imagination’: “Sentences are no longer in fashion.” A stark reminder of the importance of literature.

Adding to this level of creativity comes from the video art versions of these Canadian fifteen by Elena Stashkov, read by Jane Sunderland.

Russian and Canadian publications of Jenya Stashkov’s Canadian poetry project can be found in the following online platforms: 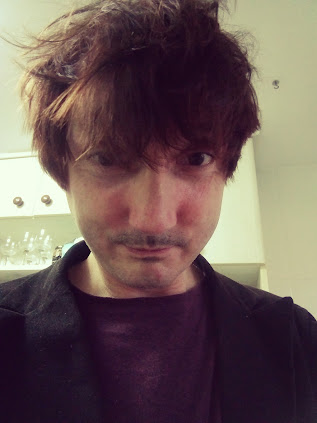 Mark L. Burrow is a writer originally from West Yorkshire, UK and now lives on the coast of southern Spain where he teaches English Language and English Literature in an international school. He has written a copious amount of articles for music webzines but focuses more on writing plays and especially poetry where he has been published in the UK, Ireland, France, USA and several have been translated into Russian. His six-part audio drama was broadcasted in 2020 and was nominated for the Audio Verse Awards.