the selection of poets i admire here is no survey. in fact it is the precise opposite. a sliver. a glimpse. a blink of poets. there is no pretence of anything else in the choosing. it's just a few poets from engerland, working in the 21st century, right now, whom i admire, whom i think are inevitably underappreciated in a nation that has (without rancor or doubt or recourse to unhelpful binaries i say this) a really old school tradition that is linguistically and methodologically conservative, and that gently ignores / abhors anyone who might do something that isn't easily discernable, comforting, emotionally insightful in poetry. factful. but we all know, those who want to, english poetry has produced innovative, exciting, contemporary, experimental poetry of great magnitude for hundreds of years. these poets are held together, if by anything, by a particular sensitivity to the visual, the concrete, the asemic, the conceptual, the sculptural, the artistic, and it might be said they are to be found in places other than what most would call the poetry space.

this bevy of poets is then a small thing of celebration, championing, to encourage you to seek them out further and to acknowledge their work, their constancy, but not against anyone else, not in negation, but in complex non-linear appreciation for what is a grand time in british poetry all considered, whether that is reaching beyond the borders or no. there are hundreds, really hundreds of poets doing brilliant work across the isles. and this is a great thing, that there is too much going on for much of it to be exalted, and there's a levelling taking place. we're all dirty together for playing in the sandbox of british innovative poetry, the BIP. 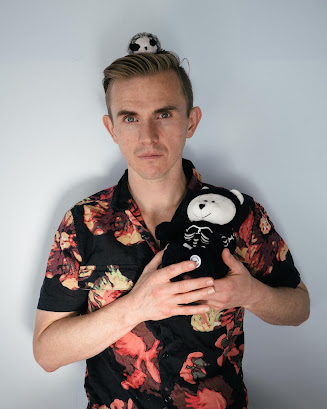 SJ Fowler is a writer, poet and artist who lives in London.

He has published eight collections of poetry, five of artworks, six of collaborative poetry plus volumes of selected essays and selected collaborations. His writing has explored subjects as diverse as prescription drugs, films, fight sports, museums, prisons and animals.

He has won awards from Arts Council England, Jerwood Charitable Foundation, Nordic Culture Fund, Danish Arts Foundation, Arts Council Ireland and multiple other funding bodies. He was part of the first ever Hub residency at Wellcome Collection, and is currently poet-in-residence at J&L Gibbons architects and formerly at Kensal Green Cemetery. He is associate artist at Rich Mix.

He has been sent to Peru, Bangladesh, Iraq, Argentina, Georgia and other destinations by The British Council and has performed at over 50 international festivals including Hay on Wye, Cervantino in Mexico, Berlin Literature Festival and Hay Xalapa.

His feature-length films have premiered at Whitechapel Gallery and his plays have been produced by Penned in the Margins and Dash Arts. He was nominated for the White Review prize for Fiction in 2014 and his short stories appear in anthologies such as Liberating the Canon. His visual art has been exhibited at the Palais de Tokyo, V&A, Hardy Tree Gallery, Jerwood Space and Mile End Art Pavilion, with installations at Kielder Forest and Tate St Ives. His librettos have been performed at LSO St Lukes, Wigmore Hall and Guildhall Music School. His articles have appeared in Nature, Vice Magazine and Jacket2.

He’s been translated into 27 languages and produced collaborations with over 150 artists. He has pioneered the fields of performance literature, literary curation, collaborative poetry and Neuropoetics. His asemic writing, sound poetry and concrete poetry have also become known internationally.

He is the founder and curator of The Enemies Project and Poem Brut as well as poetry editor at 3am magazine and former executive editor at The Versopolis Review. He is lecturer in Creative Writing and English Literature at Kingston University, has taught at Tate Modern, Poetry School and Photographer's Gallery and is a Salzburg Global Fellow. He is the director of Writers' Centre Kingston and European Poetry Festival.