‘What is forgetting?
An unripe apple stabbed by a spear’

a flower with its roots in the hills

an abacus which counts in lines
powered by the moon

strangeness felt inside us

a different colour & scent where you enter

a dark star within the earth

a coin in the high-rise slot machine

a glass rinsed by cloud

an old pond to fish in

a shard with its sides
rent by The River

Inspired by Paul Celan’s Romanian poems composed in the manner of Surrealist questions, translated by Julian Semilian and San Agalidi. With contributions from Davy Polmadie and Daisy Lafarge. These poems were realised as nest-boxes with painted text, in Southwark Park, London, commissioned by CGP Gallery, in 2018. 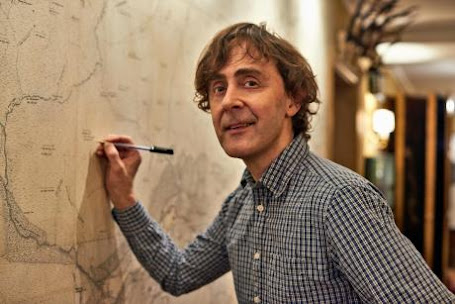 Alec Finlay (Scotland, 1966–) is an artist & poet whose work crosses over a range of media and forms. Finlay has recently been awarded the 2020 Cholmondeley award for services to poetry. Recent work includes A Variety of Cultures, a permanent artwork installation at Jupiter Artland; and HUTOPIA for the Fondazione Prada exhibition ‘Machines á penser’ at the Venice Architecture Biennale.