This hand awakes no anchorless touch
and in the strain more darkly drawn across
your brow the plight of folded prayer bears
nightstrewn homesickness trembling to dawn’s blush.

Your face is held in the tendrilled
swag of these quivering breaths, and where
breath’s in disarray this face has tendered
up to dreams its aureole of care.

Yet dreams ascend from glowing rest
wrapped oftentimes in purpled robes
of voyage and of peril, shoreless gest…

You never will join those who flee repose
to the dappled rapture of that thick, steep grove –
For you are peace, mother, shimmer from the deep.

Night. It’s all there:
lake, trees, boat;
circles in the water..

White
streak against the willow:
a girl
hurries by.

The solitary swan makes its transit.

What, if a trembling
star peeled from its fire
and dropped into the lake?
Into the water-rose?

Or the redbreast should be dead?

No
voice shall be found
apocryphal.
None.
Or how should life
remain before me magnified
and made of light?
To friends
– home holds none –
one look is
enough
and for a mother
perhaps my asters’ eye –
Those who seek more
sound out only if not death,
or some grievous day,
one not over-
darkening into night,
stand behind the silence….

O breaches in the heart.

Kein ankerloses Tasten [‘No anchorless groping’] is one of two poems to bear a date in the notebook collection of 97 poems given by Paul Antschel to Ruth Kraft in early 1945. Here it faces another sonnet, ‘Die Mutter, lautlos heilend’ [‘The mother, quietly healing’], written for Mother’s Day, 1939. In the typescript of 92 poems prepared by Jakob Silbermann and Hersch Segal as a gift to Antschel on his return from forced labour in February 1944, ‘KaT’ contains one substantive variant: in l. 4, ‘straffer angespannt’ [‘more tightly strained’] is preferred to ‘dunkeler gespannt’ [‘more darkly tense’]. This typescript confirms the poem’s occasion, making it the earliest work by Celan that can be confidently dated.

Im Park likewise exists in both the Kraft Notebook ([my translation of whose] text is given here) and the 1944 Typescript. Under the title ‘Woher’ [‘Wherefrom’], it is the Typescript’s initial poem. A further manuscript in Ruth Kraft’s possession, ‘Woher?’ [‘From Where?’], is inscribed ‘Jardin des Pribendes, [/] am 6. Juni —’. This places the poem in the Jardin des Prébendes, Tours, and the year of its composition as 1939. Between November 1938 and June 1939 Paul Antschel took a premedical course in Tours before then returning to Cernăuți (Czernowitz) for the university vacation. His plan to advance to medical studies in France (limited by quota to Jews in Romania) was interrupted by the outbreak of war.

Heimkehr exists in the 1944 Typescript and as a separate typescript, dated ‘1939’, in the possession of Ruth Kraft. The poem’s immediate circumstance is, by this index, Antschel’s return to Romania in the summer of that year. As with the text in Gedichte (2018), the poem [referenced] here combines variants in each typescript, but with two differences from Gedichte: in l. 6, ‘vor mir’ (in each typescript) is preferred to ‘in mir’ (without foundation in either); and in l. 17, hyphenated ‘hinüber-’ (Kraft TS) is preferred to ‘hinüber’ (1944 TS). 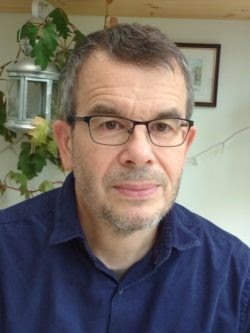 Ian Fairley is a Teaching Fellow & Translator in the Faculty of Arts, Humanities and Cultures at the University of Leeds, England. Fairley is a translator from German and Hungarian, and is nearing the end of work translating a selection of poems and prose by Paul Celan (1920–1970) written between 1938 and 1948. This first decade of Celan’s writing life concludes with his emigration from Bucharest to Vienna to Paris, and with the publication of his first book, Der Sand aus den Urnen (1948). Sand from the Urns is the working title for this project, which contains approximately 80 texts. Fairley hopes that these translations will offer insight into Celan’s lyric beginnings, and that they will complement his published versions of Celan’s work from the middle and late 1960s, Fadensonnen (Fathomsuns) and Schneepart (Snow Part).