Robert Rybicki : three translations from the Polish by Mark Tardi

The shots will disappear

a stained-glass brain in the rosette of the skull.
the
more embarrassed that I’m still talking.
Scanner,
now you’re a diode.
infinity swells like
a balloon.     blossoms,               swells,

a semi-breathing form of life,
beam of dimensions

from its own impassable center,
like some medieval work,
lemme have a drink
of anchors’ brew,
tassels of hair were flowing down the window

the porter dragged a tired donkey
in the soul of the Trabant
the chip fell, the monk
scuffled among the yataghans
The Automat’s Brother.
slithered into the dark den,
with faded sequins.
My crosshairs broke,         frozen tortes

I saw the tombstones of medieval bishops.
faces flat like plates,
a canopy of cross-ribbed
vaults

we’ll pass           under the sky-high portal,
a sculpted history              of dreams strung together.
after connecting         to the integrated circuit, which
mindless coagulation
the cybernetic ecstasy
with heart
rate               of the paradox of existence.
a generator powered by the gyrations of the solar system.

the smell of burnt flesh from the chest.
by the blast furnaces,
it's good that they weren’t human bones.

the violet Volkswagen                 the vitality of Ricky.
Oh, marsh mermaid,   poviat weekends.
at a stall with souvenirs & white arms,
near the tram terminus,

she sends a rocket full of tears,
impersonal tears,    tears that don’t need tariffs
dead sparrow.
the concert crowd
Harps of ribs.
in the landfill of traumas
mycobacteria mold.
the bunk of fulfillment

in the middle of nowhere by a stream––CCTV.
Reading is a way to cover your face.
Brass flemingos.

’Tis the season –– the smell of shit & earth. The whoosh of mast lines with flags.
In such cases, you need a plan that’ll throw
rhetoric off-balance;
rhetoric like a fog in a landfill of Myth.
It was supposed to be natural speech but we ended up with liminal speech.
When I warm up to a girl, she goes home.

Here's a phrase at midnight: the vines wrap around the terrace and, it seems,
start to replace the suspenders, the fog once more, of diluted
thoughts, dandelions in the stomach.

A comma between beginning and end.

I think only singing unites word with body
when you return home thru the dogma,
the jungle.

Geometry be a thing of the past
with an explosion of nothingness
that unfolds,

deprivation. A flash
of stupidity, unrequested, &
this maybe be a construct. Nothing
being. Nothing’s
off the leash.

Visits of emptiness.
Emptiness visits the night.
Detours from sleep, towards
clear
vision

what appears
beyond the senses
as natural,
consorting
soundless,
necessary,

(type “so”
& the program suggests: 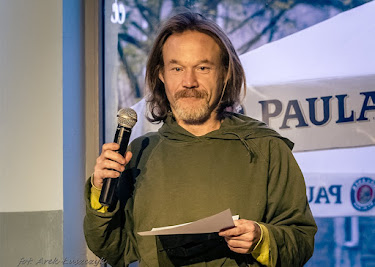 Robert ‘Ryba’ Rybicki was born in Rybnik in 1976. A poet, translator, squatter (at times) and self-described ‘happener,’ Rybicki is the author of nine books of poetry, including Epifanie i katatonie [Epiphanies & Catatonics], Masakra kalaczakra [Kalachakra massacre], and Podręcznik naukowy dla onironautów [A Scientific Handbook for Oneironauts]. He served as the former editor of the artistic magazine Plama in Rybnik as well as the Polish weekly Nowy Czas [New Time] in London. His collection Dar Meneli [The Squatters’ Gift] was the winner of the Juliusz Upper Silesian Literary Award in 2018. He currently lives in Kraków and organizes literary events there. 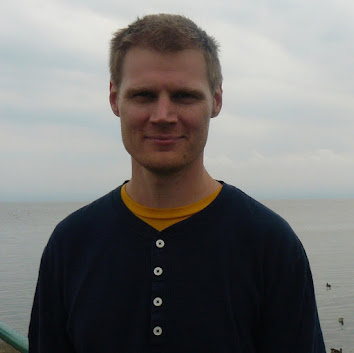 Mark Tardi is the author of The Circus of Trust, Airport music, and Euclid Shudders. Prologue, an award-winning cinepoem collaboration with Polish multimedia artist Adam Mańkowski, has been screened at film festivals throughout Europe and the United States. Recent work and translations have appeared or are forthcoming in Notre Dame Review, Asymptote, Anomaly, Periodicities, and Berlin Quarterly. His translation of The Squatters’ Gift by Robert Rybicki is forthcoming from Dalkey Archive Press in 2021. He was a writer-in-residence at MASS MoCA in January 2020 and will be a research fellow at the Harry Ransom Center in 2021. A former Fulbright scholar, he is on faculty at the University of Łódź.

[1] Mrówkowiec (loosely translated, Ant Farm Estates) is an enormous eleven-story building erected in Wrocław in the mid-1960s which houses some two-thousand residents in nearly six-hundred apartments.