Unlucky Fours (Anstruther Press, 2020) is poet Ellen Chang-Richardson’s debut chapbook. Chang-Richardson is of Taiwanese and Chinese-Cambodian descent, and is based in Ottawa, where she is the founder of the Riverbed Reading Series and Ottawa/Toronto-based Little Birds Poetry editing workshops.

This is a slim chapbook consisting of eight poems, most under half a page.  The poems themselves are numbered and elusive abbreviations – “I. It begins with S –”, “III. A.”, “VI. D.S.”, and so on. The acknowledgements thank people by their initials, and so the titles then become suggestive of people, particularly given their structure:

They say that this is what it means to be Canadian:
a rite of passage, practiced rote through our parents’ histories.

None of these poems are long; the longest, “VIII. R.E.”, makes use of a full page, half of it empty; the poem itself, a meditation on containment, dis/comfort, and sleep, uses the space in and between lines to echo the speaker’s just-woken confusion and turn towards a final dream of Revolution.

Unlucky Fours is spare, a small chapbook of small poems, and Chang-Richardson is a skillful manipulator of punctuation, space, and break, as in “Mid—nights, my heart can’t breathe”, she writes in “II. K.P.H.D.”, or:

Do you hear the leaves in the stillness?
That is the earth settling
into its nightly rest. 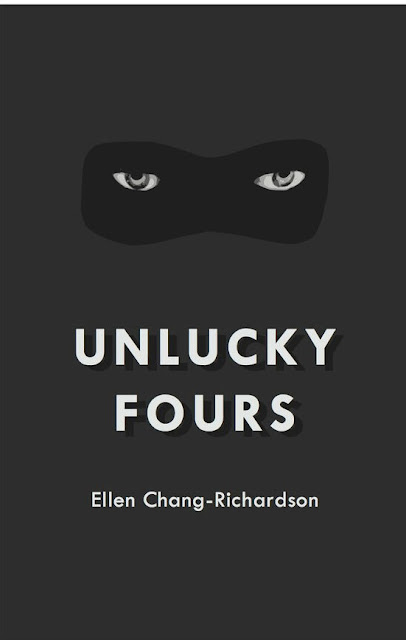 Involuntarily, I find myself holding my breath.

Throughout these poems, the speaker is caught between worlds – whether dealing with memories and an emptiness that expand “like the remnants of a Soviet hangover” (“II. K.P.H.D.”), or speaking of how speaker and addressee “hack back / to the annals of our ancestry” (“VII. A.B.U”).  What does it mean to exist in a place, not fully accepted, where one is, “Immigrant, alien, anarchist. // Cut through / with glances, with stares” (“VII A.B.U”), and where the echoes of our past grow fainter and deeper, as in “III. A.”, when the speaker says, “I excavate my mother’s mother’s stories, // momentarily.”  There are no easy answers, only the slow progression of experience.

Chang-Richardson describes herself as an emerging poet, but this is not an uncertain, feeling-out debut: the voice of these poems is assured, the subjects only beginning to be explored, and this collection marks what I expect is the beginning of a long poetic career. 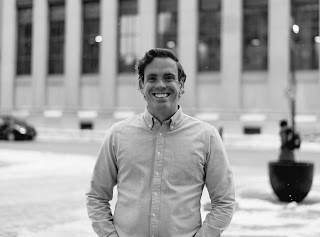 Julian Day is a poet and software developer living in Winnipeg. His work has recently appeared in Juniper, and is forthcoming in EVENT.