Amanda Earl : The Dysgraphxst, a poem by Canisia Lubrin

The Dysgraphxst, a poem, Canisia Lubrin
McClelland and Stewart, 2020 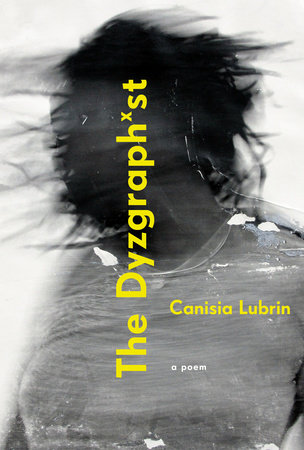 I was excited when I read that Canisia Lubrin was coming to VERSeFest, Ottawa’s annual poetry festival at the end of March. I have had the pleasure of hearing Canisia’s mesmerizing reading at Toronto’s International Festival of Authors in 2017 as part of the Basement Revue event, hosted by Jason Collett and Damian Rogers. I loved her first book, Voodoo hypothesis, and her chapbook Augur (Gap Riot Press, 2017).

Frankly, I am envious of her ability to craft socially engaged poetry with strong foundations and evocative images to articulate what is difficult to talk about, to elicit or capture and communicate emotion, a shared feeling of helplessness, and compassion in a fucked up world.

I invited Canisia to do an interview with me for the Small Machine Talks, the poetry podcast I co-host with a.m. kozak, to talk about the new book. She agreed and her publicist kindly sent me the book last week, and I couldn’t put it down because it is so compelling, well-written and relevant to our times.

Since VERSeFest had to be cancelled due to the Covid-19 pandemic, I’m sharing my notes on this great book and urging you to get a copy if you can. When the festival takes place again, I look forward to hearing Canisia read, and all being well, to interview her for the podcast.

The Dyzgraphxst by Canisia Lubrin (McClelland & Stewart, 2020) is an important and timely follow up to Voodoo hypothesis (Buckrider Books, 2017), Canisia’s debut collection, which I’ve already highly praised and often.

The Dyzgraphxst is an exceptional articulation of survival despite everything: anti-colonialism, racism, climate crisis, oil greed. It is a celebration of family, mothering, community, identity, an exploration of Blackness, erasure and otherness. It evokes the consequences of forgetting history and the impact on our 21st Century dystopian realities.

I am reading The Dyzgraphxst during the time of the pandemic, and I admit that this has influenced my response to the work. To be honest, everything I’m reading, watching and hearing feels different in this time, has a different resonance. I am inspired by this book and it has given me comfort and things to think about.

Every time I open the book, I find something different. There are so many layers to the work and I’ve barely scratched the surface here.

I am in love with the long poem format in general. And The Dyzgraphxst excels as a long poem. To be engaging and readable, in my opinion, a long poem needs anchors throughout the work: repeating motifs, themes and images, and a solid framework or structure. And this is what we find in The Dyzgraphxst.

The structure of The Dyzgraphxst is thoughtful and deliberate: seven acts which explore/trouble/celebrate the I/i/eye. Within those seven acts, titles and subtitles that read like their own list poem in the form of questions: “Ain’t I at the Gate?/Ain’t I Nickname for Home?/Ain’t I Epistémè? Ain’t I the Ode? Ain’t I Too Late?/Ain’t I a Madness/Ain’t I Again?”, a prologue, a monologue and an epilogue, with many references to the concept of logging, tracking or recording throughout (log your bones), the dream and the return, and poems within poems as subtitles.

If we examine the structure of the book more closely, we see regular and repeated patterns, broken deliberately with other patterns. It’s almost like Morse code, an SOS, or numerology, Biblical prophecy, call and response, a heartbeat and breathing. What interrupts? What disrupts?

Each act begins with a Roman numeral, followed by a poetic line with recurring words: lift / log / bones/ new / utterly. The predominant form of the poem is the tercet with some variation and break from the form.

Even the use of the X in each act, the Roman number for ten, and the superscripts feel like a pattern, perhaps some kind of exponential growth. Mathematicians out there may care to weigh in. I am not one, but I do see the balance repeated and I do make out a pattern.

Act III has 40 dreams and returns, consecutively numbered, with an additional Dream #41 that has been scratched out using a curve. Each act has a subtitle that begins with “elsewhere called”: I – the means by which to burn; II. a matter of fact; III. the transaction of dream and return;  IV.to be; V. exhumations across town; VI. archaelogy or case closed VII. the hereafter, or it’s just what we do. These all serve to give the book momentum, the feeling of forward motion, while at the same time the repeated patterns are circular.

Another component of the structure is the contrasts and parallels of language, both as images and as conceptual parallelism within the book. For every absence, there is a presence, for every nightwork, daywork, for every vertical, a horizontal, for every sharp, a sweet; otherness vs belonging, movement vs stillness, containment vs spill. There’s a profound symmetry here. It creates a tension between each opposing part and a coming together as well.  The tension of attempting to survive while all this shit is going on. And not just to survive but to love, to appreciate beauty and art and music and one another.

The dedication at the beginning of the book reads “For the impossible citizens of this ill world.”

dysgraphia[…]in this 6:   21 am breeze with someone/maybe you still alive with familiar irresistible mystery where I choreographs | the manoeuvre of to-come and give-way |where the world is full of reasons to push the back seat down and set a life-force soaring back to its ragged world.

The use of I/i/eye is playful and ingenious, subtlety and carefully written. The use of third person verb agreement to turn the I into a separate entity, yet still blending with the lowercase first-person narrator (sometimes within the same stanza or line): “I understand, here i am/the burned drop/of that telephone beep” (p. 48)” and the direct address to JeJune. There is a twinning to the subjects, which is part of the book’s symmetry and balance. The question of identity-truth vs. fiction: “i am not what i say” (p. 48). “say I am where someone who isn’t me sculpts me a legend;” (p. 57). the shift to “we” and the power and empathy that this shift creates.

The recurring imagery throughout the book adds to the sense of balance and helps to reinforce the themes. For example, music and singing are repeated throughout as a means of resistance or articulation of need or soothing: “where things are drawn out by singing” (p. 30). an example of the ephemeral: “Aretha Franklin today, another voice tomorrow” (p. 36) a swale of violinists (p. 48) , a tune of dragonflies (p. 55) a cello, the father’s “maddening drum (p. 137), “the calypsonian’s threnody” (p. 137), afro-beats (p. 74), the coming together of voices in song, “the sung-of citizen” (p. 150), “voices joined and soothing,” “I let you sicken me with song” (p. 64), “contraband of hallelujahs” (p. 125).

The role of language is explored throughout. It both joins and separates people and is often not able to communicate: the tongue (split or percussed), concealment, saying and not saying, the unsayable. Creole is both lullaby and resistance for/of its speakers. It is sometimes accompanied by a paraphrase and sometimes not. There is also French and Latin in the text, colonialism, empire and anti-colonialism, community.

Even the title and the repeated refrain of the graph in the prologue, monologue and epilogue: handwriting, difficulty writing, graphics as exclusion, the grapheme, division into classes, hierarchies.

The book portrays resistance to colonialism, witnessing and calling out: Dream #21 (p. 74): “the toiling where the/money is, the power is, why we/still wonder where to leave our/voices for safekeeping”.

Here are only a few examples of the strength and beauty of this text:

“what is love but the hand returning to claim the dust red, white, black as a coal-swept evening” p. 15

“how much trust to have in the idea of our voices altogether calling home calling home” (p. 30)

Even the way Canisia acknowledges who she refers to as “companions”: “Poets, musicians, painters, writers and thinkers” who anchored the writing, how she cites specific pages as “aiding pages” shows a sense of camaraderie and community, a reminder of how art helps in times of trouble. How creativity begets creativity.

These notes are nowhere near enough to adequately communicate the skill, strength and timeliness of the Dyzgraphxst. I urge you to get the book and to read everything of the poet’s you can get your hands on. 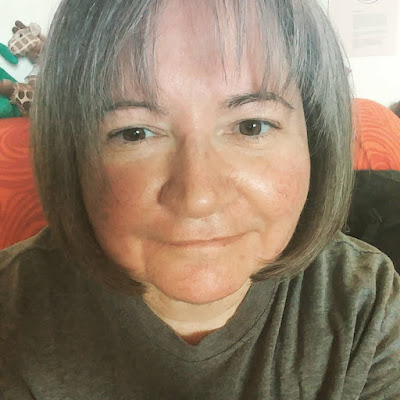 Amanda Earl is primarily a lover, a friend and a reader. For more information about Amanda’s writing and publishing, please visit AmandaEarl.com or connect with Amanda on Twitter @KikiFolle.