While Ken and I shared a mostly anecdotal history, in the handful of shared experiences and email correspondences over the past twenty years, I can honestly say that each one was memorable. First time I met Ken he arrived in Dawson Creek on the Greyhound bus to read at the Dawson Creek Art Gallery. It was March of 2001. After the reading, a bunch of us headed out to the Rolla Pub and at some point, Ken and I found ourselves standing outside under the pub’s lit-up full-moon-shaped sign, our words turning to frail wisps of condensed air, and Ken asked me how I thought the reading had gone.

“Great,” I said, “In fact, with every poem you read I thought you got stronger.” I paused. “But if I’d known you were going to read your whole book, I would have had an intermission.”

“I read my whole book?!” Ken asked, in what seemed like genuine disbelief.
When I asked my co-host in Fort St. John how Ken’s reading had gone in that town, he said, “It was great, but Ken read his whole book!”

It was an insight into a mind that was complex and intelligent with its own sense of time and self. Though Ken might not have liked me to use the word insight – he thought ending a poem with an insight was “the old colonial man slicing his way through the bush with a machete.”

The day after the reading in Dawson Creek, I drove Ken out to Tumbler Ridge so he could spend a few days with his friend Barry McKinnon.  Barry and Joy had recently bought a house together with me and my former husband. Barry and I thought we might make an artist retreat out of it. But we could never agree on who we should invite. One’s suggestion was likely to make the other one cringe. While the non-profit organization we created, Writing on the Ridge, still exists, the house has since been sold. But what rich and wonderful times those were, and my memory of driving Ken out to Tumbler, the mountains coming into view, Ross Porter’s CBC’s after hours playing, still feels poignant. I remember especially Cannonball Adderley’s “Mercy, Mercy, Mercy” playing as we talked, maybe because it was a live recording, maybe because the song, like Ken’s reading the night before, took its sweet time. I remember the weather, how it became warmer than it had been the day before, and that the snow turned to rain but was light.

I stayed overnight, and into the early dawn I listened to Barry and Ken regale each other – and me – with their gentle gossip and fervent poetics, the two of them both generous and at times curmudgeonly. I felt myself in the company of two poets passionate about that in which they had no choice and who were each other’s long-time friend.

Barry was going to drive Ken back to Prince George, and I will always remember Barry and Ken leaning against the railing of the front porch as I drove away the next morning. They seemed, in a way, forlorn. I think they were without coats so maybe my memory is colored by the feeling they must have been cold, yet too polite to go back inside until I drove away. But imagined or not, I felt them caught in a sense of alienation from the rest of the world, alone yet together in this thing called poetry.

Ken and I would email each other now and then, but we wouldn’t meet again until 2004, when I travelled to Prince George to read from my first book of poetry at Mosquito Books. Ken walked into the venue and came up to me and said, “Stand back. I want to look at you.” And then, “About what I thought. A few years older.”

In 2009, I wrote a review of Ken’s new book, Lan(d)guage: A sequence of poetics for Event magazine. It sparked a rekindling of correspondence as I fact checked and asked questions about his work. He asked me not to include his early work, that he’d disassociated from his years operating his guiding business at the head of the Nass and the poetry he’d written there. I questioned whether he was trying to rewrite his history to fit this new aesthetic with its anti-lyric, anti-consumptive stance and in that realm, we provoked each other again. For the most part, Ken and I provoked each other.

Or maybe it was me who liked to provoke him. I’d cite the irony of eschewing appropriation while writing poems that seemed to appropriate the reader – why did he get to be the “awkward bugger that doesn’t fit,” while the rest of us were the rule, the type, the farmer with a capital F? While the conversations were mostly light-hearted, I think Ken often felt misunderstood. Despite his rugged wilderness stature, he was, as Al Purdy would say, “a sensitive man.” In all of this, he never unfriended me, though it’s also true that in the last decade his emails went from “I feel like I’ve found a friend in you,” to, “I agree enough with you.”

When all is said and done, what I will remember most is the living room in the house in Tumbler Ridge, nearly 20 years ago now, when we spoke with a shared affection for poetry and friendship and where, in the wee hours Ken recited the following poem by Robert Creeley, a poet much admired by both Ken and Barry.

Goodbye
Now I recognize
It was always me
Like a camera
Set to expose
Itself to a picture
Or a pipe
Through which the water
Might run
Or a chicken
Dead for dinner
Or a plan
Inside the head
Of a dead man.
Nothing so wrong
When one considered
How it all began.
It was Zukofsky’s
Born very young into a world
Already very old
The century was well along
When I came in
And now that’s ending,
I realize it won’t
Be long.
But couldn’t it all have been
A little nicer,
As my mother’d say. Did it
Have to kill everything in sight,
Did right always have to be so wrong?
I know this body is impatient.
I know I constitute only a meagre voice and mind,
Yet I loved, I love.
I want no sentimentality.
I want no more than home.
Robert Creeley (from Life and Death) 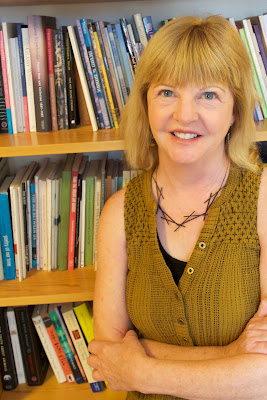