Adam Mohamed : Strategies of the Pre-Aesthetic in Shelly Harder’s remnants 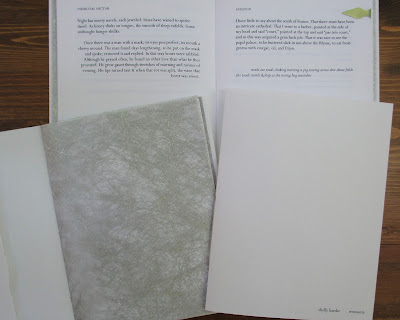 Published by Baseline Press in 2018, remnants is Shelly Harder’s first single authored chapbook. The remnant, as it has often been understood and which is outlined at the beginning of this work, is defined as “a part or quantity that is left / after the greater part has been used, / removed or destroyed” (1-3), thus serving as a corollary to a pre-exiting whole.  However, it also functions as an Adornoean pre-aesthetic impulse which precedes and conditions the formation of an artistic whole. Unlike the common definition of the remnant, this work theorizes a concept of the remnant which is no longer subordinated as an effect of an artistic whole or unified meaning. This pre-aesthetic is explored through a series of inter-related poetic strategies, or remnants, some of which are outlined even before one begins reading the first poem.

Opposed to merely being a book of small collected poems, as the name chapbook commonly connotes, this work is an aesthetic object at the level of its material construction. Upon opening the book, the reader is met with a sparkling Philippine Sheen flyleaf against the backdrop of a white cover. The distinct silver fibres bundled together in sporadic and uneven spaces is illuminated by a white backdrop that allows viewers to trace the uneven fibrous and textured density of the flyleaf. This image of simultaneous disparate and bundled fibres on the flyleaf approximates a differential image of Adorno’s pre-aesthetic intimated in Aesthetic Theory.

In Aesthetic theory, Adorno outlines the constitution of an artwork as having a semblance of unity. According to Adorno, an artwork’s own consistency “is predicated on the illusory” (101) idea of the artwork as fully formed, completed, and unified. The semblance of closure is designed to conceal the fact of closure’s non-existence in artworks. Initially, the artwork “draws differentiated partial elements … into the amorphous realm” (101) which allows the semblance of an artwork’s unity to be possible. It is this grouping of elements before the ‘unity’ or constitution of an artwork which serves as a differential image of the pre-aesthetic, and which appears more positively as the shimmering image of the fibrous nexus bundled and loosened on the Philippine flyleaf in Shelly’s remnants. The clustering and scattering of threads on the flyleaf are an image of the pre-aesthetic that presupposes Adorno’s understanding of the artwork.

The remnant’s defiance of a homogenous aesthetic is also expressed through the use of the ungrammatical to produce new meanings. Take for example, the title remnants, whose non-capitalization suggests its divorce from a previous sentence out of which it came. The remnant is instead a grammatical fragment that conditions and precedes an artistic whole. In “Cyclades,” periods are deliberately removed forcing the reader to differentiate the clauses from one another. Grammatical fragments are often created to more directly present an image without immediately making them the subject or object of a verb. Thus, “A traditional village with narrow streets” (3) and “the port of bluest water” (2) present descriptions as a grammatical fragment without functioning in a ‘comprehensive’ grammar, i.e. without the aid of a predicate to form an independent clause.

In several of the work, there is an additional italicized text often presented as a grammatical fragment juxtaposed alongside a preceding poem. The relation between the italicized text and the poem-- as well as the relation between details within the grammatical fragment itself—is somewhat ambiguous. For example, it is not clear how Shelly’s description of Avignon in the poem with the same title relates to the italicized text that likens words to “toads slinking morning” or “a pig rooting across dew-dense fields” (7). But it is perhaps this judgement of ambiguity that typifies the relation of these poems and their text-fragments that we should be avoiding when reading these poems. It is not a case of making the relation of these text and text-fragments meaningful, but rather recognizing that the ambiguity of this relation as the pre-aesthetic grouping of elements which precede any ‘meaningful’ judgement of the texts. Instead of reading the relation of these poems and their text-fragments as something we should know, the relation functions as a Shellyean remnant whose formation precedes the whole that we often unconsciously presuppose.

The critique of singular authorship through the mode of commentary is another pre-aesthetic strategy with which to probe the remnant. Some of the poems appear to be in conversation with both themselves and other poems by their facilitation of a dialogue. In “Charcoal Nectar,” the speaker initially describes a state in which different “Irises have waned” (1) as the “smooth of sleep unfolds” (2), yet it is unclear whether this description also applies to the speaker. Soon after sleep, the speaker notes that “some / unthought hunger skulks” (2-3) although it is also unclear to whom the hunger of these unthoughts belong. These questions always end in judgements of uncertainty because they presuppose a subject to whom these verbs are attached. Instead, the remnant refuses to posit the pre-conceived idea of the predicative subject in favour of a set of experiences (i.e. the falling of sleep, the desiring of unthoughts) that acts as a pre-aesthetic anterior to the subject.

In “conversions,” the speaker engages in conversation with a Catholic missionary while simultaneously—at a formal level— conversing with another poem, written in another voice, across the following page. This polyvocality in conversations challenges the authority of a singular author spoken in a monolithic voice; the multivocal effacement of the single author is the pre-aesthetic which both precedes and produces the idea of a single author in the first place. This is not the first time Shelly has used the mode of commentary to challenge the authority of single authorships. In 2016 she and Brescia University College professor Monika Lee co-published a chapbook Skin to Skin, which gathered a group of poems that were written by both authors such that a reader could not tell from whom each poem was written; the question of a singular authorship was challenged by both Monika’s and Shelly’s undifferentiated composition of the poems, similar to the way that some of Shelly’s poems in this collection refuse to posit a single authoritative voice.

Perhaps the most visible strategy of the remnant is the disruption of conventional understandings of time. If time is commonly understood as a sequence of linear events, poems like “There and Back Again” directly challenge this linearity. In the poem, the speaker notes that “places happen in no predictable way” (1), which conditions our perception of places according to spontaneity and precarity rather than causality. Unlike tropes like the Romantic Return popularized by Wordsworth which describes a subject’s changed perception of a location after lengthy travels ‘there and back again,’ locations in these poems are explored through specular and novel productions of experience without assuming the stabile representation of these locations. This is why there is “no knowing where / you’re going,” (1-2) if where you’re going is confounded with the same uncertainty as where you’ve began. These locations that Shelly describes are not meant to be positively signified as part of a cohesive aesthetic, but are instead conduits for pre-aesthetic affects that produce new experiences. Thus, in some locations we are given surreal descriptions such as “poodles … strolling” while “pigeons [are] pecking in heaven” (5). In “The Story of Berlin,” we are not so much presented with an impression of Berlin or the story of Berlin, but rather a set of events that ‘could’ or ‘would’ have happened without directly relaying what did happen.

These pre-aesthetic experiences that exist before linear formations of time are not only explored in relation to locations through the genre of travel-writing, but also through the re-writing of well-known works of philosophy and poetry. Instead of merely offering an impression on philosophy, Shelly emphasizes a pre-philosophical concept which precedes and alters the composition of well-known philosophical concepts. In “Being and Teatime,” itself a reference to Heidegger’s Being and Time, the repeated ontological question inquiring about the ‘what’ of objects like “cat[s]” and “shadow[s]” (12) mirrors the ontological questioning of Dasein. However, unlike a feature of Dasein who makes its own Being an issue, Shelly presents a different kind of phenomenology which asks the ontological question of what it means “to be woman” (14). Instead of merely commenting on Heidegger’s phenomenology as an already formed idea, Shelly makes a new phenomenology by imbuing within the traditional primordial question of Being, gender.

The remnant is expressed in Shelly’s work through various strategies including the material composition of the book, plays with grammaticality, and modes of commentary. While these strategies emphasize the remnant as an originary production anterior to the unified and cohesive ideas of the artwork, they are far from exhaustive of the remnant’s function. We need only look at the Philippine flyleaf at the beginning of the book. If you look closely, the legibility of the title remnants struggles to break through the slightly translucent texture of the flyleaf. The partial and on-going struggle of legibility beneath the webbed flyleaf appears differently to each copy of the chapbook; since each copy of this chapbook uses a unique pattern of the flyleaf, Shelly’s remnants encourages us to trace how the semblance of aesthetic coherency in our own lives and reading of this work is produced from an originary remnant. 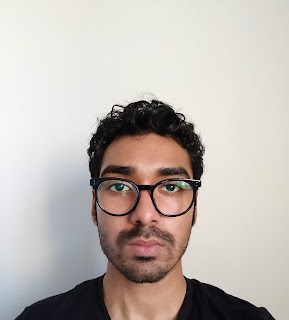 Adam Mohamed is an incoming Ph.D student in the English Literature department at Western university. His research concerns the interdisciplinary nature of poetry and philosophy explored in British and German Romantic literature.