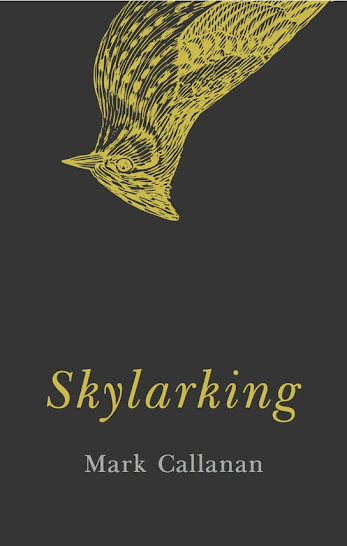 St. John’s poet Mark Callanan is the author of two previous collections and a chapbook, and Skylarking (Anstruther Press, 2020) is his first publication in almost a decade, since 2011’s Gift Horse (Signal Editions). In its ten poems, grounded in the lyric, Callanan explores through recollection the ways in which distance focuses understanding, and how youth and restlessness echo through the rest of our lives.

Callanan plays on the title “Skylarking” in a number of senses – several times with its definition as horseplay (as in “The Rider” and “Skylarking”), but also in a very literal sense, as the vehicle in the opening poem, where the speaker and their friends drive a rusted old Buick Skylark carelessly, invincibly past their small town, flipping off other drivers, a twelve-gauge in the trunk, finally arriving at a road outside town, where hopping out of the car:

… I jumped a culvert,
hung a pop can on a spruce
tree near the shoulder. The day
was dying. Crows gathered
on the highest branches,
elemental, perched exactly.
He took aim. I claimed
the driver’s seat and waited.
(“Shotgun”)

The poems as a whole represent snapshots of a larger childhood: of being flung over the handlebars of a bike, remembering the “blind animal fear / of what comes next / and what comes next / and what comes after” (“The Rider”); of watching from the periphery, “knights on horseback / surveying a castle under siege” as developers tear down trees and clear an area central to the speaker’s youth (“Mount”); or watching a baseball game in person, trying to make sense of distant figures and the drama of the game without the cadences of TV play-by-play (“The Score”).

Most startling of all the poems is “Science Camp”. In it, camp counsellors slouch their way through their summers, getting drunk in secluded parks and babysitting “the children of parents obsessed / by the notion that summers spent / in idleness are summers wasted.” On the last day of camp, they take the kids on a day trip to a local medical school, to see, “lungs / butterflied like chicken breasts” and “a hand that made a fist / when with a fist you tugged / the tendons like a bell-pull”, and where after,

… something
in my circuits changed,
became rerouted or plain
burnt out by the thought of us
all trudging back through
heavy rain, having seen
the things of which a man is made …

“Science Camp” harkens back to Gift Horse and its examinations of mortality after a near-death experience; it’s difficult not to read those poems and then see the events detailed in “Science Camp” as emerging from the same source. To the kids, this is just another camp trip, an involuntary way to kill some time on a weekend in early July; but to Callanan, with the benefit of distance and experience, it’s a lesson on impermanence, in the ways our parents warned us when we were children (and which we immediately ignored); and how our roles so suddenly, so jarringly can change, as in “Skylarking”, in which the speaker recalls their own childhood injuries, whether horsing around the house with siblings or flying off a bike into gravel; the realization, having become a parent in the time since, that, “finally I know / the cost of joy awake, aglow”, the italicized text, from George Meredith’s “The Lark Ascending”, another nod to the title of the collection.

A current of restlessness runs through the poems: whether the ease at which a shotgun is unpacked, loaded, and readied; the unreality of watching from the nosebleeds as a pitcher falters under jeers and catcalls; or the grotesque way a preserved hand grasps beyond death as its tendons are pulled and released. Callanan circles back in the final poem, ending the collection the way he started: on the road, the poem’s opening stanza seeming to build once again towards escape. But whereas “Shotgun” finds its home in that space owned by youth, friendship, and unspent energy, “Road Trip” starts there and offers a return. As the speaker and their companion set out, quest-like, on the highway, they find it – the revelation, their quest objective, the “text beneath the text” – only briefly, before it quickly slips away, taking its leave “at a motel / where we stopped to rest”. Drifting over to the shoulder, they stop, let traffic pass them by, before the knowledge settles that it’s in this they’ve found their home: in the drive out and back, in its rhythms and repetitions, but also in the easy familiarity of each other, revisiting over and over “what we knew, the same / old tropes that come at us / again, renewed”. 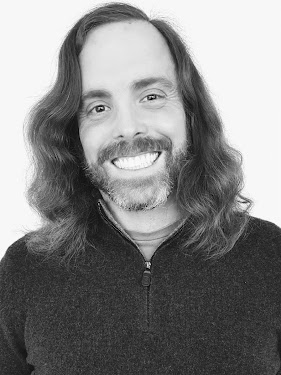 Julian Day lives in Winnipeg. He is the recipient of both an Arc Award of Awesomeness (March 2021), as well as Editor's Mom's Choice in the 2019 CV2 2-Day Poem Contest. His work has recently appeared or is forthcoming at Arc (online), Barrelhouse, and Banshee, and his debut chapbook is Late Summer Flowers (Anstruther Press, 2021).