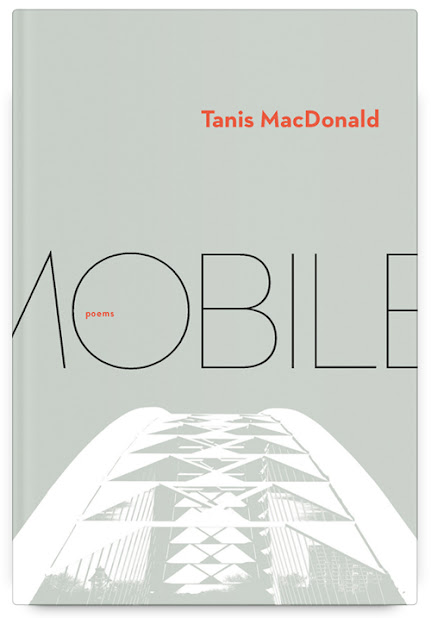 I am a woman who walks and hikes a lot, so I found the poems in Tanis MacDonald’s latest collection, Mobile, spoke to me as someone who has felt that I am unsure of the geographical space through which I move each day. A seemingly simple walk through the path in the woods and down into the older part of my town—past the historic houses, down towards the long street that kisses the railyard, and then curves back up under the main bridge that cuts through the heart of Sudbury—means always being aware of my surroundings. I’ve had one or two frightening encounters with men. None of this has stopped me from walking alone with my small dog, but it has unsettled me. I bring my experience with walking, both in urban areas and in the more wild places around town where I hike on a regular basis, to my reading of MacDonald’s Mobile.

Set in Toronto, the collection’s first poem, “Flaneuserie,” begins with the active declaration of  “We walk. The city unfolds its blocks.” The poet begins to set out a few thematic threads in the first few poems, nudging the reader to think about how and where we choose to walk, why we walk, the spaces through which we travel, and the notion of women as being dangerously invisible. While the women walk, they come up against the various boundaries of our society’s oppressive patriarchal structure.

The book is divided into three sections: “Sybil Elegies” (which focuses on a young woman who has moved from the prairies to Toronto); “Jane Walks” (poems that are centred around a revisioning of the ‘Crazy Jane’ figure who appears in some of W.B. Yeats’s poems); and, “Bluestockings and Other Disasters” (poems about women who read). “Requiem” ends the collection, creating a sort of frame that makes the reader go back to read “Flaneuserie” again.

Through the elegies, we see how women have been told that the best way to be safe while walking in a city is just to stay home and not walk. In “Elegy 2,” MacDonald writes: “My newsfeed/says in Canada, a woman is/assaulted every fifteen minutes.” The answer that women have been offered—by parents, teachers, partners—is just “to stay in,” and to avoid walking entirely. Do we, though? Do we just avoid taking up our rightful space in the world, or do we walk invisibly—something which only further weakens us as women, as humans. The poet writes, powerfully:

When male predators threaten women who walk, the women give them the finger so often that, “it looks like/a flock of seagulls/lifting our hands/up and away.” Tied into this gutsy response, though, is the other side of the coin—the place where fear lives. In “Elegy 3,” MacDonald writes about the rules for walking safely, including suggestions that women should not live “downtown/never live alone/never breathe alone/trust no one.” Those women who have been killed while walking are given voice when the poet suggests to the reader that you should “get your ear to the ground,” so that you can “hear the screams of women/beneath the green.” The city itself is personified to become “a bad boyfriend,” someone who is not to be trusted.

In the Jane poems, at the centre of the collection, the lines that reference Yeats’s poetry are woven into MacDonald’s own lines. She is, as a poet, adept at using scholarly knowledge and her quick wit, so that wordplay populates the poems in a thought provoking way. You’ll want to take your time in reading and re-reading these pieces, to fully sink into the intertextuality of the work. In poems like “Jane, Truth, and Reconciliation,” “Jane’s Call to Action on the Humber Bay Bridge,” and “Jane Talks with the Bishop of Rome about Recommendation 58,” MacDonald addresses the notion of the Truth and Reconciliation Commission, from the point of view of a feminist and a settler who wants to be mindful of how space has been misappropriated and used through history.

The section on ‘bluestockings’ (a reference to William Hazlitt’s nod to intellectual English women in the 18th century) speaks to the importance of how women who read and who educate themselves can gain power through honing their intellect. In “Bluestocking Blues,” MacDonald writes: “There’s language in her/fist and she knows/how to punch the clock.” In a brilliant response to Billy Collins’s well-known poem about undressing Emily Dickinson, the poet writes a reposte with “Emily Dickinson’s Reply to Billy Collins,” warning that “She who talks with her hands lives/stronger than fire.” The reminder of voice, of speaking up and taking up the space one deserves as a woman, is embodied in “A Scold Bridles.” This was a 17th century invention in Scotland, a metal mask “clamped onto the head of a woman to stop her from speaking.” The bridle included “a spiked metal piece that pressed down on the woman’s tongue and caused great pain if she spoke.” How much of human history is about the patriarchy stopping women from speaking their minds? How much of the violence done to women has been cultivated by those who encourage the power of the ‘male gaze’ and who don’t want women to be heard in any way, shape, or form?

In Mobile, Tanis MacDonald calls out the nature of patriarchy as it has embedded itself in how women are prevented from being open and free enough to speak their minds. Through her work, she also highlights the places in our society where the supposedly simple act of being mobile—of just being able to walk without fear of being hurt or killed, for goodness sake—is a threat to women’s agency to simply be fully present in the world. That she roots and plants these poems in the specificity of Toronto’s landscape works well, too, making sure that we—as readers—know that the sexual politics of taking up space—as feminists—is a challenging, powerful, and absolutely necessary undertaking. 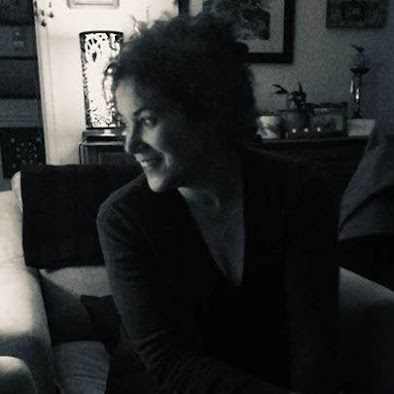