Amanda Earl : Women at the Vanguard of Visual Poetry, If Only We Had Known: Overcoming Erasure to Make Connections Between Past, Present and Future Women Making Visual Poetry 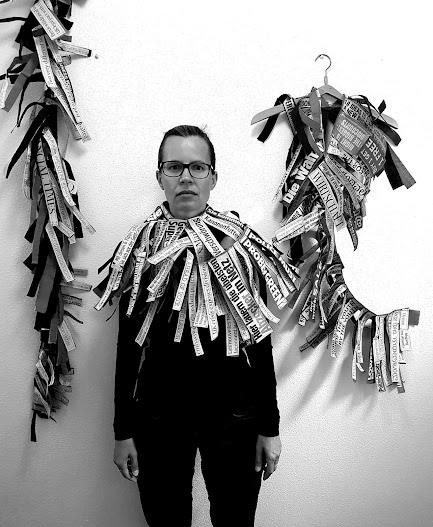 When I began research on Judith: Women Making Visual Poetry, I had only a vague notion of the women visual poets and artists who had gone before, but I had heard a lot about the men. I knew of Ian Hamilton Finlay and Bob Cobbing from the UK, bpNichol from Canada, and the Noigandres Group in Brazil. Emmett Williams’ An Anthology of Concrete Poetry, published by Something Else Press in 1967, is considered to be a foundational anthology, is freely available as a pdf on UbuWeb, and has been reprinted in the 21st century in different versions, including one in Braille, but it includes only two women. In fact, other key anthologies from that era range from between 0 and 6% women. Anthologies publishing the work of visual poets in the 21st century have a representation of between 12 and 21%. We’ve come a long way, baby. Yeah right.

I’ve seen Cobbing, Finlay, Nichol and the Noigandres Group written about and mentioned all the time, but I hadn’t seen or heard much about women concrete poets of that era.

I started making visual poetry in the mid aughts and was told by numerous male visual poets, editors, and publishers that few women made visual poetry. I didn’t know of the rich and empowering history of women practitioners, whether they were called concrete or visual poets or artists. There have been many. It would have galvanized my practice at the time. This is one of the reasons I believe Judith is a necessary book.

I see connections between the work of earlier women makers of visual poetry and contemporary practitioners. It is my hope that women today and tomorrow will be inspired to create and explore the rich history of women making visual poetry. That this visibility will lead to creating and opening spaces for women, knowing that they are not alone and that the work they are doing is valid.

The publication of Women in Concrete Poetry: 1959-1979 by Primary Information in 2020 features fifty women creators and is a welcome and long overdue book. Many of these women began working with concrete poetry in the sixties or earlier but few were included in the anthologies of that era.

So overshadowed are historical women visual poets and artists working with language elements that many people don’t have any idea of their achievements and work. Doris Cross is considered to have been the originator or an early practitioner of erasure poetry. Beginning with the dictionary in 1965, she used techniques such as overpainting and collage to erase sections of text. Today, there are numerous women and non-binary artists continuing this tradition. Erase the Patriarchy, An Anthology of Erasure Poems edited by Isobel O’Hare was published by University of Hell Press in 2020. Yasmine Seale, a writer and translator from Arabic and French is currently working on a new translation of The Thousand and One Nights, using erasure. Sarah J. Sloat’s great book, Hotel Almighty published by Sarabande Books erases Stephen King’s Misery. The Spanish artist, Mar Arza cuts text out of book pages to create stunning hanging sculptures.

Judith’s contributor, Ines Seidel of Germany has used similar techniques in her work, cutting out sections of newspapers, so that collective stories take on the shape of the news and making them tactile and wearable, showing a relationship between the body and the news. From our list of over 1100 women making visual poetry, published in Judith, we have identified at least forty-four women using erasure techniques, and I’m sure there are much more.

Flora F.F.  Stacey is credited or rather rarely credited as the first creator of typewriter art in 1898 with her typewritten illustration of a butterfly. I never heard of her until I read Typewriter Art published in 2014 by Lawrence King Publishing and edited by Barrie Tullett.  It turns out that there were many women who worked with the typewriter, Letraset, rubber stamps, letterpress, carbon paper, the mimeograph machines, photocopying and other early technologies.

In her essay, Handle with Care: A study in (poetic) fragility, first published in Jacket 2, and republished in Judith, Kate Siklosi refers to “Jewish wartime refugee Mira Schendel’s “carefully layered panes of rice paper covered in dry transfer collage, where the letters appear pristinely englassed, trapped in amber, are exemplary of the limitations and liberations of the medium.” Annalisa Alloatti, one of the women featured in WiCP, used a Braille machine to create “thick columns of dots that troubled the concepts of verbal and pictorial meaning.”

Contributors to Judith, such as Johanna Drucker, Kate Siklosi, Petra Schulze-Wollgast and Ruth Wolf-Rehfeldt, who also appears in Women in Concrete Poetry, have made use of obsolete or older technologies in their work as has Dani Spinosa with OO: typewriter poems; however, even in contemporary articles about such, not one woman is mentioned.

In her foreword to Judith, Drucker talks about working in a male-dominated print shop in the seventies in California, an environment that wasn’t particularly welcoming of women.

In the biographies in WiCP, you can read about the roles of the women in various artistic movements and groups, as participants or founders, such as Lettrism, the Noigandres Group, Spatialism and more. One of these is Sonja Åkesson, a Swedish poet who the book refers to as “a leading figure in the New Simplicity Movement.” Pris, her collage book used readymades and cut outs from advertising catalogues to represent the everyday. In Judith, Ankie Van Dijk, Hiromi Suzuki, Cinzia Farina, Erica Baum and Mado Reznik continue the tradition of using collage techniques in their work, salvaging materials, combining photography and vintage magazines, engaging with play, materiality, and minimalism.

Bianca Menna, used the pseudonym Tomaso Binga to parody male privilege and made concrete poems written in an invented language that resisted patriarchal norms. Her Alphabeta murale turned positions of the body of a woman into an invented alphabet. Looking at her work now, I think of how I would have longed to know about it.

Ana Hatherly played with the illegibility of writing through her drawings . Invented languages, alphabets, and dream symbols are the stuff of asemic writing, a form with numerous women practitioners today. In her essay in Judith, “A World of Signs: Women of Asemic Writing,” Natalie Ferris writes that asemic writing gives women the chance to challenge the “patriarchy’s monopoly on meaning.” In Judith, asemic writing is a major thread in several contributors’ work. Dona Mayoora and Rosaire Appel explore connections between light and line.  Ferris also discusses the reclaiming of a traditionally male-dominated art, Arabic calligraphy and word painting by women, such as Firyal Al-Adhamy, whose work appears in her essay.

Maybe we can trace the use of computers for visual poetry to artists such as Gay Beste, who worked at the University of Minnesota’s computer lab and photocopied hand-drawn letters and plotted them on a ColComp plotter. Her work evokes my own visual poetry made using Adobe Photoshop and Illustrator, or the work of contributors to Judith: Kimberly Campanello, Iris Colomb, and Judith Copithorne.

In her essay in Judith, “Light and Code: Digital Ecologies of Poetic Form,” Fiona Becket presents the virtual reality work of Australian artist Mez Breeze and the extended poetry of Stephanie Strickland, discussing how such work responds to and augments the human sensorium and expands the work of electronic literature. Other future trends in visual poetry might include work with environmentally friendly materials such as bio-resin. For example, Astra Papachristodoulou’s poem objects made with bio-resin are featured in Judith.

In my statement in Judith, I name Copithorne as an influence on my own work. She began in the sixties by making hand-drawn work and has used a range of techniques and media. In her most recent work, she works with Adobe Illustrator to create colourful combinations of words and geometries. Judith includes colourful, vibrant work by Mara P.  Hernandez and Satu Kaikkonen.

American artist, Amelia Etlinger appears in WiCP. She was not well known in North America in her lifetime. She made everything from four-foot high tapestries to two inch bundles of poem-like packets that combined fabric, beads, Japanese paper and found materials. She has only two pieces in WiCP and they don’t represent the range of her work, which can better be studied on the University at Buffalo’s digital collection, the Amelia Etlinger Collection. Judith explores the thread between craft and language in a round table interview with women who use needlework, textiles, and elements of language in their art. Part of the interview is published in the book and the entire interview will be published on Timglaset Editions.com.

Mirella Bentivoglio was an Italian artist, performer, concrete poet and writer who, if I’m understanding what I’ve learned, became a curator when she discovered the poor representation of women in the Italian art community. She went on to curate twenty-seven international exhibits of women artists and concrete poets and established a network of women. Poesia Visiva: la donazione di Mirella Bentivoglio al Mart was published in 2011 by Silvana and contains over 300 works by women visual poets and artists. It’s a revelation! Bentivolgio is the model and inspiration for my curatorial work with Judith and other initiatives to learn about and amplify the voices of women, 2SLGBTQ, BIPOC and D/deaf and disabled writers and artists. It’s an ongoing labour of love. 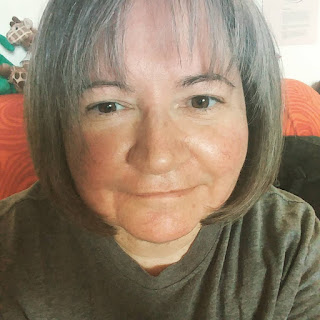 Amanda Earl (she/her) is a queer, polyamorous, pansexual feminist who writes and publishes from her 19th floor apartment in downtown Ottawa, Canada. Earl is managing editor of Bywords.ca and fallen angel of AngelHousePress, and the editor of Judith, Woman Making Visual Poetry, forthcoming from Timglaset Editions in 2021. Her poetry book, Kiki (Chaudiere Books, 2014) is now available with Invisible Publishing. She’s the author of over 30 chapbooks. Her most recent chapbook is a field guide to fanciful bugs, a visual poetry book of whimsy published by above/ground press. Visit https://linktr.ee/amandaearl for more info or connect with Amanda on Twitter @KikiFolle.