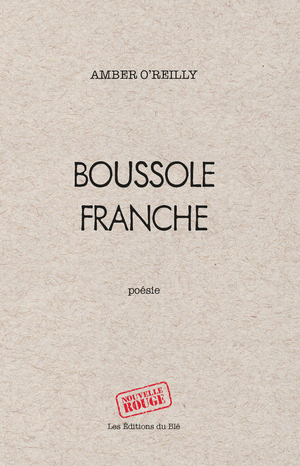 Strong themes dominate this book: O’Reilly wants to write, speak, cry out, share about being francophone, about being a woman, about sexuality, about being from the Northwest Territories – and about episodes in her life, grouped according to the locations where they took place (the NWT, BC, Prairies, and “South,” or Montreal). She takes up poetic devices, a few quotations, and transforms songs toward this expressive goal, giving them new life, passing them on. She breaks patterns with a variety of dispositions, spacing, kinds of line breaks, even a bit of typography of the body.

And she keeps an image throughout: the letter Y. Y as in Yellowknife (not Yukon), as in the Forks where the Assiniboine and the Red “ryvers” meet in Winnipeg, as in the alley behind the YMCA where a sexual encounter takes place, as in the way typography (“Typographye” with the extra y that should be an i at the end) can render a crotch (and as opposed to the sideways X of a muted mouth): “our crotches / twist themselves / with irreversible choices” (nos entrejambes / se tordent / de choix irréversibles, 83).

Opposition is a common strand in the form of her poems: two poems side by side, one in French, one in English, twist themselves into one another; oppositions are marked by slashes and backslashes; two series of words are placed in columns and centered, their opposition in form creating an opposition in meaning that isn’t already inscribed in their symbolism; and opposition and resistance are themes that constantly reappear, bringing an underlying unity to the book.

The difficulty of O’Reilly’s more explicit themes is that they are relatively novel to each person, they have no vocabulary in daily language. Their language is expanding, but still limited to the initiated. These themes are simply not discussed openly, there is no discourse to pick up and develop. Picking up other books of theory or poetry won’t be sufficient, the experiences and theories others offer only call for more, for further development of the language. And so a poetic expression must first invent this language, and transform it at the same time. Femininity is an especially difficult theme (as is masculinity – but that’s not the point here): it’s rooted in the body, it’s tied to shame and a desire to simply be without being defined, it intersects with other social realities. And it’s defined by an objectifying/reifying and instrumentalizing language that leaves little room for reflection.

The same goes for the minority Francophone experience, one O’Reilly describes in the relationship to Québec both in the Northwest Territories when Quebecers arrive, and in Montreal when she arrives there:

This is one theme where invention is necessary: in spite of a strong tradition, anchored in Acadie, Northern Ontario, and Saint-Boniface (around the Éditions du Blé who published O’Reilly in their new collection focusing on young voices), the situation and its expressions remain relatively unknown outside of francophone communities. O’Reilly participates in this ceaselessly repeated self-affirmation toward Anglophones across the country and Francophones in Québec:

She seeks a direction for her own experience of the Northwest territories apart from the generation that transplanted itself, as part of a generation who is aware of a previous Indigenous presence, a generation doomed to continue to movement of uprooting of their parents:

Against the expectations placed on women and on Francophones in minority communities, O’Reilly traces paths toward ways of speaking and existing without self-correction. 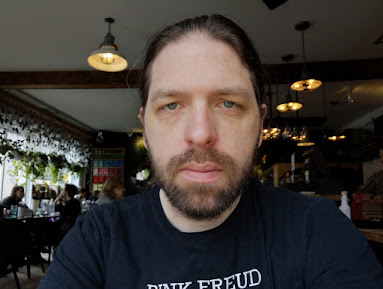