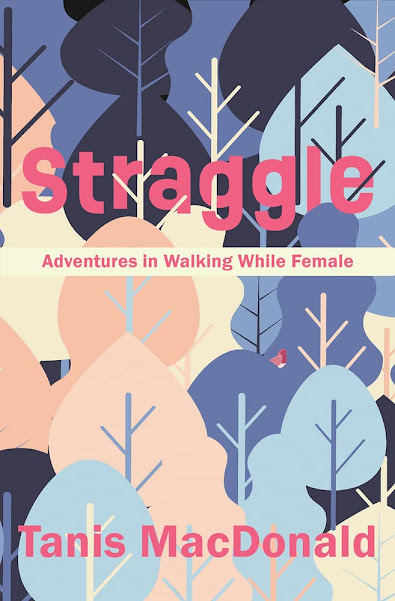 If you’re a woman who loves to walk on her own—in urban or rural areas—Tanis MacDonald’s Straggle: Adventures in Walking While Female is a collection that should most definitely be on your bookshelf. A hybrid compilation of personal essays and poetry, Straggle broaches several pertinent themes. MacDonald adeptly considers the act of walking in nature “as disability writing, as a feminist world view and as an assault survivor narrative.” She also clearly positions herself as a settler, taking white privilege into account, writing: “Wherever I walk, I know it’s my responsibility to consider the history of colonization in Canada and not just be overwhelmed by the beauty of the land.” This is not just a book of ‘look at the lovely herons and red-winged blackbirds I’m seeing on a morning walk through a regional conservation area.’ Rather, it’s a collection that calls the reader to task, asking them to question their own place as a walker, as a settler, as a human. The multiplicity of Straggle is what makes it so appealing to me as a reader, thinker, settler, feminist, and writer. The various themes ribbon themselves through the book, stepping back and then reintroducing themselves later, so that you are never really allowed to sit back and not take note of your own preconceived notions of what it is to be a woman who walks in a world that is so very rarely kind, fair, or just.

MacDonald’s thesis is clearly set out in the introduction. Straggle is, she says, “a book about imperfect walking in imperfect situations: sometimes dangerous, sometimes defiant, sometimes just trying to get down the street.” She asks her reader: “What if walking is as much a problem as it is a pleasure?” As I read the pieces, I nodded to myself and muttered, “Yes, a problem if you walk alone…” Because—let’s face it—if you’re a woman, you know that you are constantly aware of where you are walking, what surrounds you, who could be a potential threat, and how best you will deal with any confrontation. Men will not understand how much this sense of hypervigilance—and exhaustion, even—can colour a woman’s solitary walk. If we were to take a poll of walkers, I’d guess that most women, at some point in their lives, have felt terribly unsafe, or have been sexually harassed or assaulted, on a walk in a public space. “Safe spaces,” it often seems, just don’t exist, and maybe they never really have, even though it seems to make men feel better if they believe in something as nebulous as Snuffleupagus when they think women can ever walk safely.

In “We, Megafauna,” MacDonald considers how writing about the natural world is akin to writing about human violence, in how the body of a deer is “like the body of a woman found in the woods. The body becomes reduced so quickly to the question of who sees her and who does not.” Later, the writer finds comfort in the woods because they will not “sweet-talk or gaslight me…” and will “never pretend to be anything more than they are.” Yes. This.

Later, in the powerful essay, “Veil, Valley, Viaduct,” MacDonald recalls a walk along the Bloor Street Viaduct in the 1990s while she was in her 20s, including the clever way in which she used pieces of Michael Ondaatje’s In the Skin of a Lion as a way to distract a potential attacker until she was safely away from him. While she uses the retelling of the story to keep him busy, she herself rattles off a litany of points to keep calm. “I tried to count my blessings: (1) still alive, (2) still talking, (3) still moving towards the lights of safety, (4) still alive.” Years later, on a walk with other women at the base of the viaduct, she notes the female sculpture, “a woman bent over in a crouch, her veiled head obscuring her face unless you knelt down and peered at her.” The essay leaves you thinking about female agency and voice in the face of male violence, in the shadow of patriarchy, in the way in which a woman needs to constantly be hypervigilant in living her life—even in the simplest of ways.

The spectre of sexual assault is present throughout Straggle. The vulnerability of a woman walking is parallel to the vulnerability of a woman who has been harassed or violated sexually. In the poem, “A Feminist Guide to Reservoirs,” the speaker says: “You have long/suspected capitalism hates//women and geese crave/stormwater/and gender parity.” The speaker continues, clinically voiced, a bit later in the poem: “One in three/women will/be sexually assaulted.” A voice replies, saying that they did not know of that statistic, and the response is chilling: “No one is, until/you are.” Again, MacDonald’s lines—whether in poetry or prose—cut through the complacency of cultivated and curated illusion. There are references to women who have survived sexual assault and violence, and to those who have not.

The poetry in Straggle is full of MacDonald’s customary wit and wordplay, as if she is in the middle of a verbal and intellectual fencing match. It’s always refreshing. In “Daphne in Lockdown,” “Daphne at Laurel Creek,” and “Daphne in Solidarity,” she plays with the Greek myth of Daphne, who was relentlessly pursued by Apollo, and only saved because the goddess Gaia turned her into a laurel tree.  In her namesake poem, Daphne “knows her long division; she’s the remainder.” The poet writes: “But Gaia save us from these pouty boys, when the god of reason becomes the grubby-handed patron saint of baby, you’re so fine. Hey, sonny Apollo: Don’t strip her leaves. Don’t wear her out or on your head….She sees you, circlet jerk, and she’s adding you up on her branches.”

Then, in the final poem, MacDonald uses a feminist lens to draw a parallel to the colonization of this country: “There’s always someone who thinks they own you,/thinks they decide for you, can trace where you are and/name you, dam you, reserve you, bury you, feed you/garbage and blame you. I’ll call you water, if you call me land.” She reminds her readers to consider how misogyny, racism, and patriarchal societal structures are the same ones that brought Europeans to ‘settle’ a land that was never theirs in the first place. A settler woman walking must also be mindful of the provenance of the land, and of the treaties and territories within which she walks.

So much of what Tanis MacDonald’s Straggle: Adventures in Walking While Female does—in all its hybrid wonder—is make a reader think about how identity, personal agency, self-reflection, oppression, gender, violence, equity, diversity, and colonization can all be tied to the physical act of women walking, speaking, and taking up their rightful space. As MacDonald writes, “This is the female forest. Walk as you would be seen.” For me, as a woman who loves to walk, Straggle has made me think differently about the way I have been positioned (and often positioned myself) in the world—as I live, walk, think, write, and teach. Others, I think, will benefit from a close reading of this new collection. I’ve learned to walk more mindfully, considering contexts larger than the one within which I live. For that, I am most grateful. 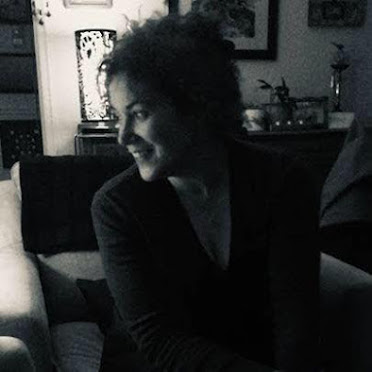 Kim Fahner lives and writes in Sudbury, Ontario. Her most recent book is These Wings (Pedlar Press, 2019) and her new book, Emptying the Ocean, will be published by Frontenac House in Fall 2022. She's a member of the League of Canadian Poets, the Ontario Representative for The Writers' Union of Canada (2020-24), and a supporting member of the Playwrights Guild of Canada. Kim may be reached via her author website at www.kimfahner.com