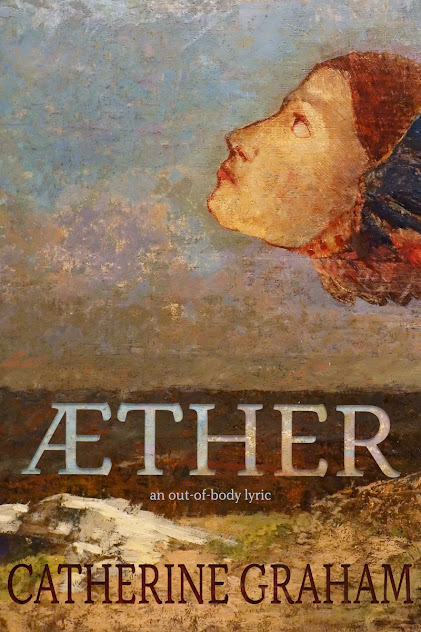 We become one another’s scars when we have loved someone in this life, and then faced their loss because of death. When mothers die, they so often haunt their daughters through memory and story, but sometimes also in terms of inherited illnesses. In Catherine Graham’s latest book of poems, Aether: an out-of-body lyric, the poet writes of how her mother’s battle with cancer foreshadowed her own struggle decades later. She also documents her family history, writing poems that speak about her father and her mother, who both died when Graham was still young. Loss teaches us lessons, and the poet has conveyed this notion so poignantly in this beautiful hybrid, lyric essay.

Echoes and memories of a mother’s illness populate Aether.  The poet writes of how a biological maternal lineage can ominously haunt a daughter: “We live in vigilance after watching our mothers die./Those twin sexual organs that hold milk for babies/and desire for others carry a terror for us.” She conjures up the worry of mammograms to test suspicious lumps, with breasts “flattened like pancakes on mammogram plates.” Graham writes of what every woman who has experienced a mammogram will know: “Our breasts don’t belong to us then.” With breasts pinned between metal plates, a woman is trapped—fearful of what might be hiding in her own body without her knowledge, and without any sense of control.

Still, even in the darker corners of the collection, where the shadows and worries about illness and death live, Graham writes—with hope—of a feather that magically “floats into my line of vision,” admitting that “We see the connection as a sign of affirmation.” She writes, too, of the connection that she observes when she sees a fellow woman writer with her mother at a literary event, as “their bodies close like birds in a nest.” It is not uncommon, she infers, to see how closely we are linked to our mothers, whether we want to be or not. As we grow older still, we see echoes of them in the way we live, even in the way we sit on a chesterfield with our legs tucked gracefully under us. Daughters, it seems, are sometimes clearer echoes of their mothers than they would ever imagine or want themselves to be.

In Aether, Graham writes, too, of how silences ‘hold space’ when nothing else will, when we face the most difficult times in our lives. We cannot always find words to document these unfathomable happenings, and maybe that is best. When it feels as if a father is judging a daughter, “She keeps her voice locked,/serves only her throat.” When a mother dies, “Our last exchange:/silence passing.” Reading Aether, I kept thinking about how girls and women have been raised to be polite, to be silent, to listen, to defer to the men in their lives. In this collection, which feels like a long poem with a bright spirit, Graham gives voice to her own story so that this silencing stops, honouring the bravery that it takes to speak difficult (and sometimes hidden) truths about illness, family, creativity, writing, love, and loss.

There is always more than one story in a marriage, in a family: “Many sides tell one side.” Yes, we think we know our parents, but we only know parts of them, and one parent’s side of the story is not the full and complete story. As Graham writes, aptly: “What drives me as a writer, in addition to grief, are the secrets and the unfinished business of my parents’ pasts.” Our lives are so complexly woven: pull one single thread and a new story emerges that you knew nothing about as a child, but which will certainly make you re-think your view of yourself and your own history as an adult.

In Aether, which was shortlisted for the 2021 Toronto Book Awards, the poet speaks of how “A sensitive child is a porous child.” A family secret becomes something that is almost too big to imagine or map, especially when a child is involved. Then, as an adult woman looking back, Graham writes of how we live out patterns we’ve been led to, sometimes without even knowing it. While it is difficult to write of difficult things, “Words craft an art into matter./And a poet survives coming out of aether.” Too, she reminds her readers, “Quietness is a way of being strong.” Yes, in a world that seems more and more overexposed and much too loud, Graham reminds us to swim “back to the girl you were swimming forward,” knowing that we must ultimately “side with” our inside voices, to hold space for ourselves, so that we can speak up and tell our own stories as women. 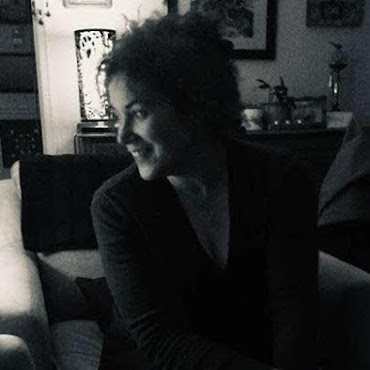