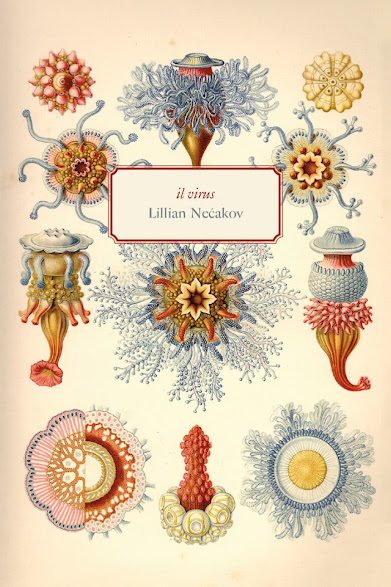 Produced as part of Cobourg, Ontario poet, editor and publisher Stuart Ross’ “A Feed Dog Book” imprint at Vancouver’s Anvil Press is Toronto poet Lillian Nećakov’s il virus (2021). As the press release offers: “il virus brings together 113 poems written over seventy-eight days during the spring 2020 pandemic lockdown in Toronto. These responses to daily news and eclectic media posts encompass dogs (lots of them), Zambonis, jazz and blues, Jackie Gleason, mathematics, thermodynamics, and geography (real and imagined). These miniatures are Lillian Nećakov’s most spare poems, but each is jam-packed with explosives: anger, grief, love, need, and a foraging for ink.” I’m curious at the suggestion of these as “miniatures,” as the interconnectedness of this suite of one hundred and thirteen numbered poems suggest them less as miniatures than individual points across a far wider expanse; the ongoingness of what, across seventy-eight days, developed from individual pieces posted to social media into a book-length response to those uncertain and unsettling early days of pandemic and lockdown.

I woke to the sound of birds whispering about
the humans
and I couldn’t tell any of you yet
because you were all
including the dog
sound asleep and the peace that filled the house
was like a giant breath
and the sun draped itself over every germ
and there was no need for anyone
to pray
even those of us who were awake
carrying the arrogance of stupid nations on our shoulders
as if a war was coming
as if no one would ever wake again.

Nećakov is the author of numerous books and chapbooks over the years, including and CRUNCH (Toronto ON: Proper Tales Press, 1982), Sickbed of Dogs (Toronto ON: Wolsak and Wynn 1989), Polaroids (Toronto ON: Coach House Books, 1997), Hat Trick (Toronto ON: Exile Editions 1998), The Bone Broker (Toronto ON: Mansfield Press 2007), Hooligans (Mansfield Press, 2011) and The Lake Contains an Emergency Room (Ottawa ON: Apt. 9 Press, 2015), which was shortlisted for the bpNichol Chapbook Award. It will be interesting to look back, years from now, and the wealth and range of pandemic-response across the literature composed over these past fourteen months. These are still early days, publication-wise, although I would discuss Nećakov’s il virus in the same breath as I would mention Barcelona-based American poet Edward Smallfield's a journal of the plague year (above/ground press, 2021), Toronto poet Nick Power’s chapbook ordinary clothes: a Tao in a Time of Covid (Toronto ON: Gesture Press, 2020) and Tacoma, Washington poet Rick Barot’s chapbook During the Pandemic (Charlottesville VA: Albion Books, 2020). And then, of course, there was my own pandemic-suite of essays, “essays in the face of uncertainties,” composed across lockdown’s first hundred days, written simultaneously to British writer Zadie Smith’s Intimations: Six Essays (Penguin Books, 2020). There aren’t too many events that connect across such a length and breadth of contemporary living: across geographic and economic possibility. The same storm, certainly, but far from the same boat. Culture acknowledges shared events such as the day American President John F. Kennedy was shot, when the Beatles came to America, the first moon landing or the day Elvis Presley died. In various pockets and corners of the globe, questions might arise of “What were you doing that day,” and the simultaneous experience of the same event would offer a shared connection, even across great distances. The Challenger disaster, or the fall of the Berlin Wall. How many anthologies of poetry emerged in response to 9/11? The scale and scope of this event, obviously, is far different, which might also provide an equal scale and scope of response.

Reading Revolutionary Letters
on the front steps
waiting for
the drag queens
Dudley Do-Right
Sir David Attenborough
Cripple Creek
Pinetop Perkins
Muddy Waters
Paul Butterfield
Bobby Charles
Ronnie Hawkins
the sky turns all
tubular bells
suddenly I am gripped
by fresh fear
and retreat
through the corridors
to a peace on the verge
of extinction.

il virus does offer a kind of poetic diary of occasion and ongoingness, composed as an accumulation of meditations that move through the narrative points of those early weeks of lockdown. Known predominantly for her short, carved, surreal narrative lyrics, Nećakov instead employs a stretch of anxious meditation, contemplating the length of time almost exclusively spent at home amid family, attempts at distraction and the constant news cycle, as well as the echoes of the past, including the 1917 Influenza pandemic, and familial nodes of memory. She works her way through daily activities, some of which have been shifted due to the isolation, from listening to music or reading, to grocery store options and homeschooling. A low nervousness might have occasionally poked through the layers of her previous works, but il virus offers anxiety as an underlying, and entirely reasonable, response. As the seventh poem in her cycle opens: “After ten days of news, shouting, unbearable silence / we dust off the Grunow model 520 / turn the dial in search of / Radio Luxembourg / yes / we are old enough to remember / yes / we are old enough to die [.]” Opening her sequence referencing the initial echoes of lockdown, she soon shifts to the more intimate matters of domestic as the reality of isolation begins to set in, such as in the fourteenth poem in il virus, that writes:

The doctor’s name reminds me of an opera
my son lives 850 metres away
may as well be a hallucination
we are running out of dish soap
I am afraid to kiss my husband
the world looks like a broken roller coaster
I haven’t touched money in weeks
there may be funerals
I won’t be able to attend.

il virus moves through history, dreams and abandoned buildings, references to Buzz Aldrin and Lyle Lovett, David W. McFadden, K-pop, cholera, daily walks with her dog and other domestic matters, all of which become heightened, clouded and shift, all existing within the shadow of an uncertain period of time, at the onset of a global pandemic, the likes of which hadn’t been felt on this scale in more than a century. She references some of those earlier events and locations, such as Ottawa’s Porter Island, locally known as a site where typhoid and smallpox patients were kept in isolation:

There is a city there
just across the virus bridge
of 1893
the other side
of the Rideau River
burning
to be loved
beckoning hearts
to pump along her streets
to squeeze themselves
into her narrows
poco a poco
to trespass into
her own sinewy days
to flee Porter’s Island
into the enigma
of her veil.

This is a powerful collection, one that does present more of an urgency, beyond her prior collections: an urgency, as well as a particular kind of formal coherence, writing out the bones of her poetic journal: “Home schooling / read from right to left, love / no,” she writes, to open the twenty-first poem in the collection, “this is not maths / or Shakespeare / this is how the world ends [.]” Later on, to open the eighty-ninth poem, she writes:

I am reading Huttel, lightheartedly at first, then I’m reminded of this war we’ve been in. And how he’s gone and McFadden is gone and Fred too, and it’ll never be April in my heart or ole buttermilk sky. It’ll always be somewhere down the crazy river, it’ll always be translating Americans into Canadians, floundering on the shores of Ontario lake with a broken ukulele, willing the snarl of this fire in the belly to flame itself out.

There is an anxiety in these poems, threaded together with both an urgency and an exhaustion, as one might think appropriate during such a period, with the ongoing global crisis providing an attention wide enough for Nećakov to compose her first, specifically book-length poem. As she writes to open her acknowledgments: “During the most terrifying seventy-eight days of my life, I sat at my dining room table in Toronto and knocked off poem after poem. What else was I supposed to do during the spring 2020 pandemic lockdown? I began posting the poems on Facebook; soon, the encouragement and support tempered the dread I was feeling and gave me hope.” And perhaps that, in the end, is what these poems offer: a documentary poetic through one corner, one particular stretch, of a stressful period, but one that offers hope, even beyond itself—the very thought that such will be eventually read. 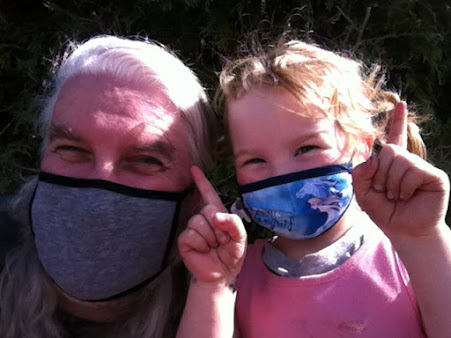 Born in Ottawa, Canada’s glorious capital city, rob mclennan currently lives in Ottawa, where he is home full-time with the two wee girls he shares with Christine McNair. The author of more than thirty trade books of poetry, fiction and non-fiction, he won the John Newlove Poetry Award in 2010, the Council for the Arts in Ottawa Mid-Career Award in 2014, and was longlisted for the CBC Poetry Prize in 2012 and 2017. In March, 2016, he was inducted into the VERSe Ottawa Hall of Honour. His most recent poetry titles include A halt, which is empty (Mansfield Press, 2019) and Life sentence, (Spuyten Duyvil, 2019), with a further poetry title, the book of smaller, forthcoming from University of Calgary Press in April 2022. In spring 2020, he won ‘best pandemic beard’ from Coach House Books via Twitter, of which he is extremely proud (and mentions constantly). He spent the 2007-8 academic year in Edmonton as writer-in-residence at the University of Alberta, and regularly posts reviews, essays, interviews and other notices at robmclennan.blogspot.com