The 2020 Governor General's Literary Awards winners will be announced on Tuesday, June 1, 2021. 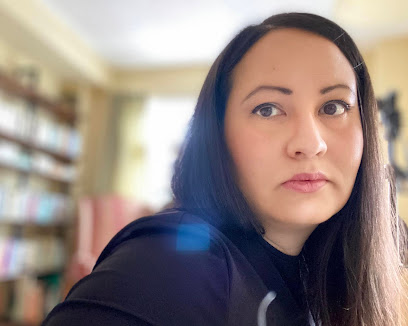 Sachiko Murakami is the author of Render (2020), Get Me Out of Here (2015), Rebuild (2011), and The Invisibility Exhibit (2008). As a literary worker, she has edited poetry, taught creative writing, worked for trade organizations, hosted reading series, sat on juries, and judged prizes. She lives in Toronto.

The book description for Render opens with a definition of the word. How important was it for you to articulate the elements of breaking, reshaping and translation?

When I was describing the book as it was taking shape, I often said I was ‘rendering’ dreams and half-remembered experiences in poems. Then I thought about how ‘render’ has multiple meanings that are sometimes at odds with each other. Just three are to submit; to give in retribution; to melt down, by heating. A word can hold so much; a poem, even more. The poems deal with dreams and memories fractured by trauma and addiction. The idea that these experiences could be “rendered” at all is complex. Do I give them in retribution? What is melted down by heating? To whom am I submitting? These questions were the starting point for the project.

I’m curious as to what brought you to explore some of this material through the shape of poetry, over a more traditional, even if possibly lyric, non-fiction memoir. What did working through the material via poetry allow that might not have been possible otherwise?

As I said, trauma and alcohol and drug abuse affected my memory. There are gaps where important stuff happened, and many of the poems in the book circle these absences. I didn’t have the satisfying narrative arc a memoir requires. Poetry works well with glimpses, moments, sudden flights of feeling, knowings beyond explanation. I had all those things, so I wrote poetry. 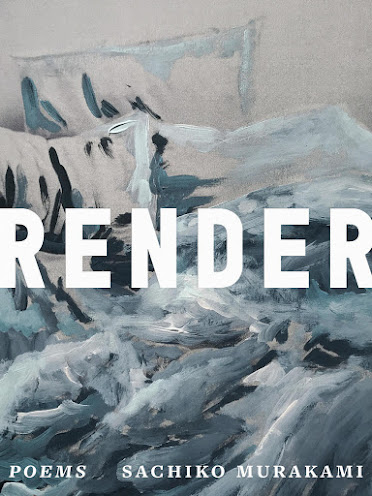 When I interviewed you for Jacket2 in 2015 on your prior collection, Get Me Out Of Here, you described it as “[…] a book about wanting to leave, really: the self, the present, the here-and-now. How does that manifest? Through self-harm, through disassociation, through love, through poetry.” In hindsight, one might see the poems and possibility of Render in the background of some of these responses, with Get Me Out Of Here as a kind of prequel to the current work. Is that a fair assessment?

This collection is obviously deeply personal, working through an element of the confessional in a way outside of what you’ve published prior. What originally prompted you to attempt to work through some of this through writing?

I had originally thought I would do another collaborative project, this time about other people’s dreams. But I started writing poems in relationship to my own dream journal entries, and I realized most of them were about my own trauma, addiction, and recovery. I started writing more poems about those experiences, not always filtered through my dreams. I have written personal poems before, but I had always been made to feel that the confessional was a no-no in Serious Poetry. Then I started noticing the poets who were writing unapologetically – and well – about themselves and their own experiences, and that emboldened me.

I had “worked through” most of those experiences before writing poems about them – I tend to write from long after an intense experience, after I've worked through it with friends or in therapy or in reflection. Most of the poems were written in the middle of a long depressive episode when the flatness I felt gave me enough space to write into the really hard stuff. Although a few poems were written in the middle of intense feeling – I wrote “First Try or Failure” while I was having a miscarriage, for example, and the act of composition gave me something to focus on beyond what was happening in my body.

Certainly Vivek Shraya’s Even This Page is White, Amber Dawn’s How Poetry Saved My Life, Billy Ray Belcourt’s This Wound is a World, and Aisha Sasha John’s I Have To Live were all on my desk. Render isn’t modelled on any of these, but I took heart from them while I was writing.

Have you been writing much in the way of poetry since Render was completed? What have you been working on since?

My mother died the day I handed in my final edits on this book, and then my daughter was born two weeks later. Grief and babies have a way of taking up a lot of space, and there hasn’t been a lot of the silence and calm I need for writing. I go through long periods where I don’t write, though, and I know that it will return when I'm ready.