Hazel White : Notes from the Field : Greetings from San Francisco! 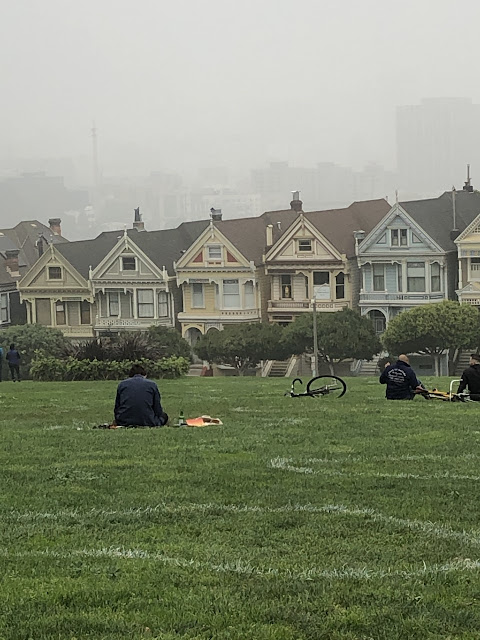 We're wiping up ash, grieving among other things the day with no sunlight—orange night at noon. Rebecca Solnit, who lives nearby, wrote brilliantly about that day in the Guardian.

Many urgencies being felt here in the poetry world. Oakland poet Jamie Townsend is on my, and many others', radar. I like their work—most recently a chapbook, Sex Machines —and their generosity to the Bay Area poetry community. In case you didn't see it, here is Jamie and Nicholas DeBoer's recent mammoth "End Capitalism Now" issue of their journal, Elderly. The issue was an open call to poets and writers, everything submitted would be published. It launched with the note that as two white people, and aware "When it comes to poetry magazines, contests, the community writ large, white voices always seem to float to the forefront," they were stepping back.  The next issue of Elderly will focus on writers of color, with Jamie and Nicholas "giving over the means of production, taking our names off the masthead."

In March, Aaron Shurin's new book, The Blue Absolute, was just arriving in bookstores as they were closing down. I met Aaron on Divisadero St. to pick up two copies. The Blue Absolute reads to me as a trembling, elaborated, and vulnerable shape of life in San Francisco in the last few decades—the time Aaron has lived here, very active in teaching and poetry (this is his 14th book), remembering "the joy of the torque of  the wind, with my hair flying" and the torques of grief, the previous pandemic, aging, evictions. He thanks his publishers, Nightboat, for their indomitability. I thank him for his: In the last part of the book, "Shiver," dedicated to San Francisco, He

Alice Jones has a new book, Vault, which I also love, and like Aaron, who describes himself as a "maximalist," Alice presents a superexpansive world. She's a Bay Area psychoanalyst as well as a poet, and everything shows up here—a zillion points of everyday knowing that are personal, absurd, scientific, somatic, historical, or just joyfully linguistic. She covers it all, consciousness and physical life, directed on the minute and the vast, in six sections: A, E, I, O, U, and Sometimes Y. We are in the same writing group. I told her that I'd had the thought reading it that this was the only poetry book anyone might actually need. She replied that she had indeed meant to write an encyclopedia. Cole Swensen blurbed it as an "exquisitely choreographed paean to existence."

Bhanu Kapil is not in the Bay Area, but she was often here, and years ago I met her at Mills College, where she read from an early version of Humanimal. I was a member of Kelsey St. Press, and we published it. She's been back in the U.K. this last year, a Cambridge University fellow. We are both British, and before the pandemic canceled the plan, I was going to be there and we would meet in a pub at Kings Cross station. Her brilliant new book is How to Wash a Heart, published by Liverpool University Press. It is about immigration and colonialism and contains the devastating lines:

It’s exhausting to be a guest

In somebody else’s house

An amazing new short work is online, at Digital Poetics: Advice from My Great-Grandmother: Poem for the Daughter I Never Had. It begins

Avoid spaces in which white people you don't know congregate.

Your veins are dangling from my teeth.

All best, much care, from here. 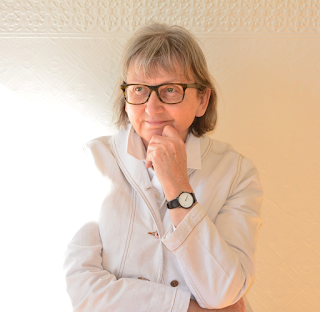 Hazel White is the author of Vigilance Is No Orchard (Nightboat 2018), which was a finalist for the National Poetry Series, Fence Ottoline Prize, and California Book Award. Her first book, Peril as Architectural Enrichment, was published by Kelsey Street Press.