rob mclennan : the Absence of Zero, by R. Kolewe

conversations on the long poem 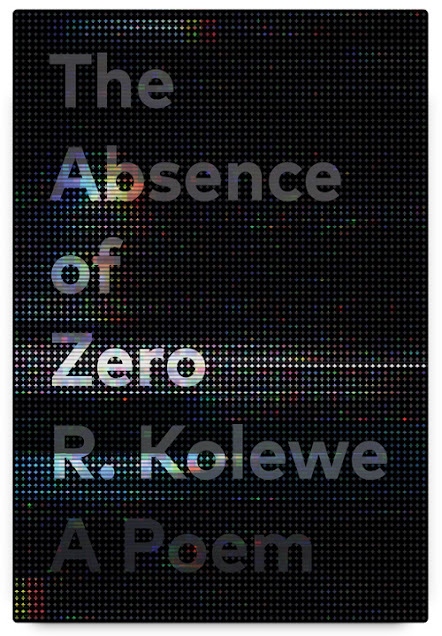 Toronto poet R. Kolewe’s third full-length poetry title, following Afterletters (Book*hug, 2014) and Inspecting Nostalgia (Talonbooks, 2017), is the expansive long poem, The Absence of Zero (Book*hug, 2021), a book self-described on the back cover as a “triumphantly executed celebration of the long-poem tradition. Consisting of 256 16-line quartets and 34 free-form interruptions, this slow-moving, haunting work is a beautiful example of thinking in language, a meditation that explores time and memory in both content and form.” There is something of the text that sits as both fixed and fluid document, composing a long, continuous, book-length thread. The poems are numbered, as are the sections, set both in sequence and groupings, all of which allow for a particular kind of temporal erasure (akin to, for example, the Julian Day Calendar numbering of Gil McElroy’s ongoing “Julian Days” sequence). “reminding myself that I can delete this rewrite substantially—,” he writes, as part of “0.0.0.1,” but one of a series of layers of strata that loop, repeat and recombine. Nearly three hundred pages later, as part of “2.1.0.0,” he offers: “In the including topology a map, a proper map, / reminding myself that I can delete this rewrite substantially— [.]”

This is a long poem structured, in part, as he offers himself, from T.S. Eliot’s Four Quartets (1943), a text equally cited by Renée Sarojini Saklikar as a prompt and model for her own long poem project, the life-long multiple-book project, The Heart Of This Journey Bears All Patterns (a title she regularly shortens to THOT-J-BAP). As well, The Absence of Zero is a long poem built upon mathematical structure, carefully placed and pieced and held together through attention and patience, as Kolewe offers at the back of the collection:

The mathematical structure might hold the collection as something contained, with particular and specific boundaries, even while the text itself simultaneously maintains and denys such deliberately-drawn lines. The poem cycles, loops and ripples, providing threads and tethers throughout, with possibilities that could easily extend beyond the pages of this particular work. “At this table scraps of the 20th century measured out.” he writes, to open “1.1.3.3.,” “The problem that words mean something / alone. Without remembering or acting on memory […]” The echo of phrases repeating, shifted into different contexts, allow for a shifting, and even fluid, perception. Whereas McElroy’s ongoing sequence moves in a forward direction, and Margaret Christakos’ multiple recombinative projects employ variants on repetition or the loop/cycle, Kolewe’s The Absence of Zero appears to play with all of these ideas in turn and simultaneously, allowing the mathematical structure as the skeleton of the poem he wraps his lyric across. This really is a remarkable book. 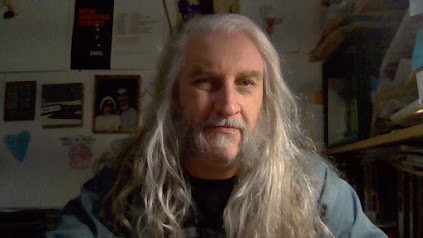 Born in Ottawa, Canada’s glorious capital city, rob mclennan currently lives in Ottawa, where he is home full-time with the two wee girls he shares with Christine McNair. The author of more than thirty trade books of poetry, fiction and non-fiction, his latest collection, the book of smaller (University of Calgary Press, 2022), is (as you might already know) available for pre-order. He has never, to his knowledge, had any of his books on anyone’s “most anticipated” list.