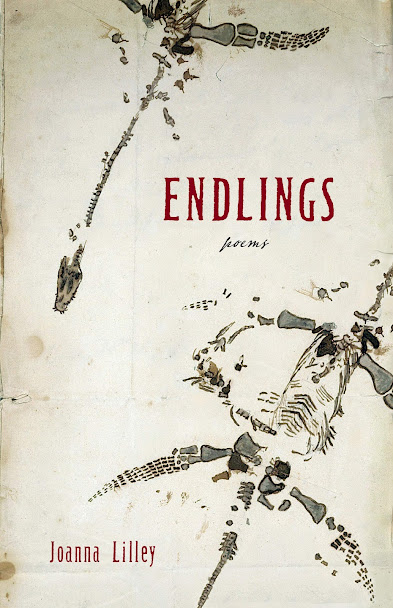 Joanna Lilley’s Endlings is a collection of poems about extinct animals. The word “endlings,” Lilley writes in a preface to the book, “means the last individual or species or sub-species. It has not yet been included in the Oxford English Dictionary. It is probably only a matter of time.” That last sentence is sufficiently damning and should cause a shiver of unrest to move up your spine. That’s the effect that’s intended, especially as you read through poems that range from reflections on the St. Helena earwig, the speckled cormorant, and then as far back to the cave bear and Centrosaurus. Extinction isn’t a new thing, but it’s one that we humans have recently caused to accelerate by our own hands. That makes it even more unsettling, to think that we have yet to learn that, when a species goes, it doesn’t come back. Our thoughtlessness is stunning and self-centred.

In “Crossing,” Lilley alludes to the human tendency to colonize whatever it comes across in its various settlements and migrations over thousands of years. She writes of how humans crossed the oceans, “luring out/huge creatures we’d never seen before/in order to kill and eat them.” She writes of the Procoptodon goliah, a giant kangaroo that is now extinct, a creature that only lives on in “Dream Time now—/the human gift of everlasting life.” In “Thawings,” the poet considers the extinction of the Steppe bison, with each stanza documenting the discovery of the skeletons of ancient creatures that have been embedded in riverbanks for thousands of years. The scientists who come to dig them up cut “a chunk of flesh from a defrosted /mummy’s neck in a laboratory.” They then “diced and simmered it/in a pot with stock and vegetables./They made a Pleistocene stew/and ate it.” Everything humans do, Lilley reminds us of our historic bad behaviour in this collection, has to do with thoughtless consumption. A species goes extinct, without humans even knowing, and no one seems to blink. Ignorance is not bliss, though, and Endlings documents the litany of loss in the natural world.

Beyond the dinosaurs, Lilley also writes poems about creatures that we might find more familiar in our lifetimes. In “They Bring it on Themselves,” she writes about polar bears that “may endanger humans as climate changes,” and how humans killed “the wolf at the dump” because “it didn’t show any fear of humans.”  The poet asks us to consider how we, as humans, cause changes in the environment that negatively affect various creatures. Where are humans? At the top of the food chain. That doesn’t mean, Lilley reminds her readers, that we are exempt from evaluating our own poor behaviour and then—hopefully—readjusting it for the good of the natural world.

In “Desert Fish,” Lilley raises awareness about global warming and the shift in temperatures of rivers, lakes, and oceans around the world. “Water warms…heats, overheats/the cyan pupfish eating/hot blue-green algae.” In the Amargosa River hot springs, “enlarged, diverted, merged,” some “olive-brown fish/float/swelling to rot,//dying for another species’ bathhouse wallow.” In “Takapourewa Wren,” Lilley focuses on the Stephens Island wren, and writes about a lighthouse keeper who “might decide to store the bird/in spirits in a jar/to show the collectors when/they come from lands afar.” The poet writes truthfully, saying “men will collect,” reminding her readers that the human tendency to collect, categorize, and catalogue species that are endangered or extinct is not always an admirable one. Humans collect to memorialize the lost creatures, but do we take notice of our poor behaviour and readjust so that other species are saved rather than lost to the mists of time?

As Joanna Lilley writes in the acknowledgements, “extinction is taking place probably between one thousand and ten thousand times more rapidly because of the actions of Homo sapiens. We are living through Earth’s sixth mass extinction event, and we are the ones causing it.” This is not something to be proud of, most certainly, and Endlings is a call to arms, a sharp nudge with an elbow in the ribs to wake up, and a warning to take heed of how humans have caused such damage to the global environment over thousands of years. Do we just chalk it up to poor human behaviour, and ignore the litany of losses, or do we try and redeem some shred of hope for the future of the natural world and its creatures? Well-researched and thoroughly interesting, Endlings is especially interesting for anyone who reads or writes eco-poetry. It would be good, too, for poems in this collection to find their way into Canadian elementary and secondary classrooms in a time when our future depends on the youth of this generation to be so much wiser than their elders ever were. 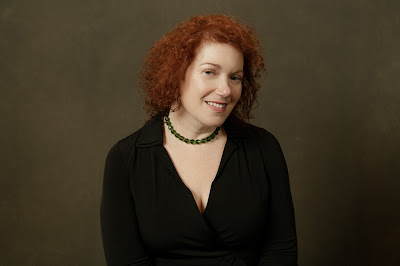 Kim Fahner lives and writes in Sudbury, Ontario. Her new book of poems, Emptying the Ocean, is being released by Frontenac House in October. She’s a member of the League of Canadian Poets, the Ontario Representative of The Writers’ Union of Canada (2020-24), and a supporting member of the Playwrights Guild of Canada. Kim may be reached via her author website at www.kimfahner.com