Jay Miller : The Book of Grief and Hamburgers, by Stuart Ross

The Book of Grief and Hamburgers, Stuart Ross
ECW Press, 2022 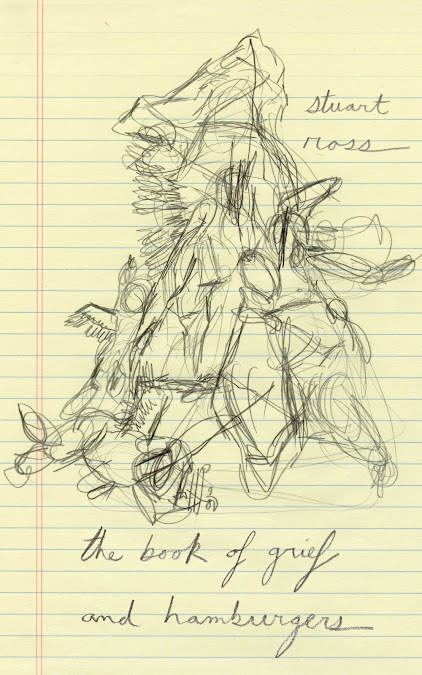 After reading The Book of Grief and Hamburgers earlier this year, I found the will to start reading again. That’s probably the best thing I could imagine saying about any book ever, so I’m glad it’s one of Stuart Ross’s.

The Book of Grief and Hamburgers is a mindful memoir of sorts, meandering through various scenes, anecdotes, reflections on the stages of grief and poetics, a brief autobiography but through the lens of other creators’ and family members’ biographies. If you were lucky enough to attend one of his pandemic virtual book readings, the tone of this book is very similar to that: intimate, vulnerable, prophetic.

There is so much strength in the humour of Stuart Ross’s body of work. He admits that “in my writing, I have the habit of throwing hamburgers when things get emotionally difficult.” But I would argue that it is far from deflection or some sort of textbook coping mechanism. Elsewhere, he adds “When I was six or seven years old, my mother took me to the Art Gallery of Ontario to see a gigantic hamburger made of painted fabric,” and, in another place yet, regarding his long-time friend Michael Dennis, “I don’t want Michael to be gone. I want to talk poetry with him forever. Though I am a vegetarian, I want to eat burgers with him.” Rereading these excerpts again months later for my review brings tears to my eyes.

I had a weird dream after reading this book, too. Following his virtual reading of the book May 26, I went to bed and dreamt that I was just leaving the bookstore where he had just had the reading. Although it took place across the country, in my dream I was in Kingston, and there was another reading in town that night, as sometimes used to happen in Kingston, and it was Steven Heighton, who passed away earlier this year, who would be giving it. He was one of the first writers I remember seeing in person after my mother died who offered consolations to me. In the dream, I was on my way to his reading, arguing with myself as I strode sweatily through the city, “but Steven Heighton’s dead,” and, as though to win the argument against myself, I kept retorting, “but you’re late.” This absurd back-and-forth went on for some time until I woke up, relieved when the knowing words of Stuart Ross coolly entered my head: “Had I been grieving while I slept?” Aha.

There are a lot of snippets of Stuart Ross’s book that served as a touchstone for my own grief, so it should come as no surprise. On page 80, for example, he writes “My mother never stopped grieving for my mother. […] For years I didn’t understand how my mother could still be so sad about her mother’s death so many years later.” This part resonated deep within me, because everything I had learned about grief as a child had come from my mom, too. Reading his words on the subject was reassuring in a way I didn’t know I needed to be reassured about it. When people in the writing community spoke of his generosity in the past, myself included, I think we were mostly referring to his activities as an editor, host, collaborator and advocate of small press poetry, but that is precisely the word I would use to describe this book. I would go a step further in fact; it is his most generous work yet.

There are poets he has worked with in the past who would talk sometimes of the first book that they really understood, that made them really get poetry, works like Poems and Antipoems by Nicanor Parra, or The Spice-box of Earth by Leonard Cohen, both awesome works in their own rights, but I could never put my finger on any one collection personally and say that was the work for me, as regards poetry. But as regards my personal understanding of Canadian poetry, I must admit The Book of Grief and Hamburgers is the best thing since brioche buns.

I would love to stop and say something catchy for the sake of the review, like The Book of Grief and Hamburgers is not for the faint of heart, but I would disavow any cliché before ascribing it to my point of view. Maybe it is for the faint of heart, whatever that means, and there’s a lot I think anyone could identify with in this text, but there’s also material that merits more detached insights, I think, such as his statement on page 64: “So many members of my family disappeared in the Holocaust. How can I even complain about anything? Am I mistaking self-pity for grief?”

This conjured up so many other works I read this year revisiting it afterwards. Viktor Frankl, author of Man’s Search for Meaning (1946), comes to mind, as does the Polish writer Tadeusz Różewicz, whose work was recently analyzed by Arkadiusz Morawiec, author of Polish Literature and Genocide (2021). In it, Morawiec primarily addresses one short story by Różewicz called “An Excursion to the Museum” (1966), dealing with the reactions of visitors to the Auschwitz Museum shortly following its opening. The narrator remarks upon “the inappropriate behaviour of the visitors and the outright indifference with which they treat this place,” and delicately warns the reader against this indifference while pointing out the shortcomings of the guide, a former prisoner of the camp, who ends the tour saying “words simply cannot describe it, so you have to imagine it for yourselves.” Morawiec goes on to paraphrase, “in the end, he refers the visitors to books. It is significant, however, that none of the tourists buy books nor albums about Auschwitz.” (page 190). What Różewicz reveals with this story is the difficulty of conveying the suffering through objects and exhibits, for the most impactful part of the tour are the photographs of the murdered, which remain there today. In Różewicz’s poetry of the same period, he writes “… at home awaits me / a task: / Create poetry after Auschwitz.” (I saw the extraordinary monster), and that’s why Stuart Ross’s sense of self-pity here brings Różewicz’s work to my mind, as though writing poetry after Auschwitz were a persistent to-do item on a spectral checklist. In the same way, Stuart Ross approaches the subject and meaning of grief with incertitude throughout his work, constantly asking the reader and himself after various chapters or depictions of events, is this grief? And if not that, then this?

The Holocaust makes several appearances in The Book of Grief and Hamburgers, too, including mention of a poem by Dag T. Straumsvåg, translator of a selection of Michael Dennis’s works, as well as some of Stuart Ross’s and Nelson Ball’s. Stuart shows the poem (page 48), then concludes: “Dag has written a poem that contains both the Holocaust and a hamburger.” So, to me, Stuart Ross’s hamburger has, through this book, and taking into consideration all his previous works, been explicitly designated as this all-encompassing icon or symbol of grief: collective, personal, anticipatory, delayed, absent, and all-too-present grief; grief as illness, identity, poetry, and as that which cannot be adequately described.

You take into account all the personal conflicts, regrets and lost ones he describes in this book and you willingly lose sight of the hamburger, but there is something very down-to-earth and reaffirming about this hamburger that is as poetical as it is real. Through it, you not only see this otherwise overwhelming abundance of accumulated grief, but a triumph over that grief, a way for the writer to take back control over his life and say, if I can have this grief that I’m not sure I really understand and might never really grasp and put it into a poem with a hamburger, that’s a really good poem. That’s beautiful. I hope Stuart Ross’s Book of Grief and Hamburgers has touched as many readers as deeply as it did me, and if you haven’t read it yet, I very much hope you get the chance to, too. 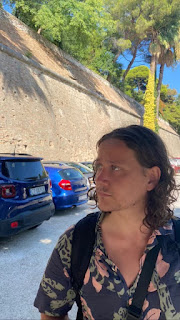 Jay Miller is a poet, reviewer, and hired pen, with experience in translation, marketing and technical writing, as well as the editor of Poets Against Fascism. He shares an apartment with his loving, supportive partner in Montreal. 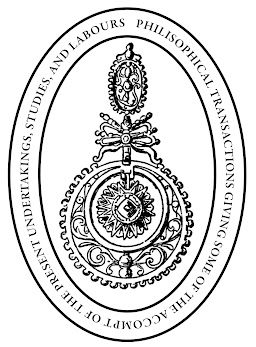