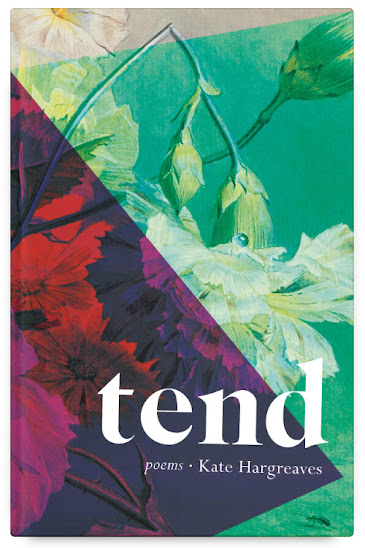 The second full-length poetry collection by Windsor, Ontario poet, designer and roller derby maven Kate Hargreaves, following her collection of short fiction, Talking Derby: Stories from a Life on Eight Wheels (Windsor ON: Black Moss Press, 2012), young adult novel Jammer Star (Vancouver BC: Orca Book Publishers, 2019) and full-length poetry debut, Leak (Toronto ON: BookThug, 2014), is tend: poems (Book*hug, 2022). Through tend, Hargreaves writes first-person narrative short form lyrics on city gardens, self-care, rootedness and patterns; she writes of tentative splits, scars, overgrowth and frayed edges. “The x-ray tech shoots film of my insides,” she writes, as part of the poem “an early gift for February 14” (a poem that begins on page fourteen, curiously enough), “says I can pay five dollars to download the snaps / from home. / save them to my ‘personal PC’ to respond to / requests to sendnudes. // Lower torso minus clothes, / minus skin minus organs. // Just bones and a / white      T / Autoreply to a dick pic.” Throughout the collection, her poems offer tics and staccato through a gymnastic collage of language, sound and syncopation reminiscent of the work of Christine McNair (who also provides a back cover blurb for this particular work), one that speaks to propel with breakneck speed. Listen to the cadences of the poem “pattern,” for example (a poem I would be eager to hear aloud), that writes: “Turnaround, loop back. Beg together (tog) again. Sk ahead to third / date. Cut off loose ends. // Sl off. Reduce space. Double2tog in F(our)P(oster). / reptog. / reptog. // Sk single hookups. 1 st in time sv (save) 9.”

Set in five sections—“unsolicited,” “pattern,” “tend, “other snaps” and “what remains”—the poems in tend move from pointed phrase to longer lyric stretches, almost set in a sequence of breathless rushes, writing on intimacy, awkwardness, care and connection. “sweet woodruff for humanity hewn from its temporary bed,” she writes, to open the second part of the sequence “bolt,” “forget zinnia seeds until they sprout absent friends / what’s a weed bit a yarrow / thyme under grub-eaten leaves crawling for / blue salvia, I think of you until I don’t […]” There are ways that Hargreaves utilizes rhythm throughout the poems assembled here that is quite interesting, allowing a breathless, halting or otherwise propulsive patter to further her poems as much as anything involving language, meaning or purpose. In the sequence “other people’s dogs,” the narrative of each short burst propels forward through curling back up into itself and inside out in really sharp and delightful ways. There are some really magnificent and powerful shifts, eddys and pivots in these poems, offering a subtle and delightful patter blend of sound and rhythm across some dark and difficult meanings. tend is a collection of poems that examine and articulate the weight of expectation, daily tasks, instincts and ghosts; Hargreaves writes of routine, gardening and a relationship to nature, including her ongoing wish to compost (which may never actually happen, as the poem suggests), as she offers in the poem “I will be a person who composts,” that begins: “who buys brown-spotted eggs direct from the chickens / Why never scoops out the blood spots / or tosses shells in the trash. / I will wash and sort my recycling. / I will bundle cardboard with rough string and gift-tie it / in neat bows. / I will cook fresh soups from scratch.” In many ways, tend is an optimistic and occasionally joyful collection of dark complexities, centred around care, from self-care to gardening, and the ways in which we wish to interact with the wonderfully complex and convoluted worlds of nature, other humans, poems and ourselves.

wild horses can’t make matter-of-fact my hand in your pocket scarf
over face thinking you must be quoting the Sundays version and
not the original since we heard it while making dinner from the
living-room tv last night on the credits of that one episode where
she finally gets the guy to dance and then he leaves—it’s just that I
don’t have much time writing out Spanish flash cards and adding
cartoon birds to the margins, but soon it’ll be just poems, not a book
or anything, just nouns: 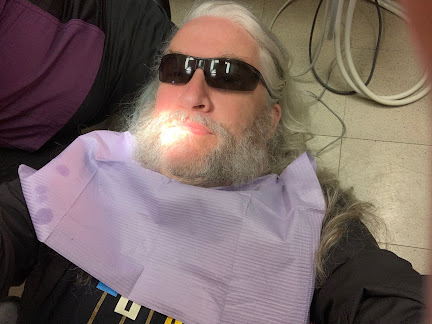 Born in Ottawa, Canada’s glorious capital city, rob mclennan currently lives in Ottawa, where he is home full-time with the two wee girls he shares with Christine McNair (and recently visited the dentist). The author of more than thirty trade books of poetry, fiction and non-fiction, his most recent titles include the poetry collection the book of smaller (University of Calgary Press, 2022), and a suite of pandemic essays, essays in the face of uncertainties (Mansfield Press, 2022), as well as a new chapbook through paper view books, and another forthcoming in November through Rose Garden Press. He is currently pushing to complete (or at least further) a novel once the children return to in-person school, starting this week. He spent the 2007-8 academic year in Edmonton as writer-in-residence at the University of Alberta, and regularly posts reviews, essays, interviews and other notices at robmclennan.blogspot.com