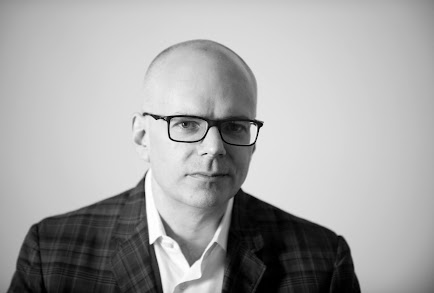 Interview #11: William Lessard has writing that has appeared or is forthcoming in American Poetry Review, Best American Experimental Writing, FENCE, and the Southwest Review. He is Poetry & Hybrids editor at Heavy Feather Review. His chapbook, instruments for distributed empathy monetization, will be published in April, 2022 by KERNPUNKT Press.

MK: Hey Bill, while you have plenty of poems-on-the-page, your work is often heavily hybrid, making use of hyperlinks, diagrams, received forms from very non-poetry genres. Can you tell us about that? What draws you to this approach? What about it do you find rewarding?

WL: Several things. First, it’s just a hell of a lot of fun. And surprising, because most poets still write like 19th-century gentleman farmers. Second, this material is the source code of the age we’re living in. Surveillance Capitalism, the Post-Human Era or whatever you want to call it--the point is human beings as we thought of them no longer exist. We are all augmented in some way by the algorithm, from autocomplete on our phones to the “suggested” content of our Netflix queues. My work is an attempt to represent this change, starting with the Google Patents, charts and other “non-poetic” material where it began.

MK: There’s a common idea that writing lags behind other genres in terms of innovation. Your comment on the gentleman farmer aesthetic makes me think you might agree? I’ve also heard it said that exciting formal innovation is happening in writing all the time and it’s mostly ignored and not given a wider audience. What do you say? Do you think this is an innovation or a curation issue? Can you point us towards places that are accepting of the kind of work you do?

WL: Innovation is always happening. What changes is its visibility. These days, we are living through a period of thoughtful craft and academic professionalism. The new and the weird are out there, you just have to look for it. Social Text, Sink Review, Tagvverk, NOMATERIALISM, and Heavy Feather Review, where I edit, are a handful of magazines that dwell in the 21st century and support writers who are non-academics and outsiders and art-making weirdos like you and I. I realize I crab about this issue a lot, but the fact that we are having this conversation gives me hope.

MK: Thoughtful craft and academic professionalism can feel like shoes that are two sizes too small, worn at the beach, while trying to do your taxes in the waves. How are you finding more dynamic and left field type stuff to enjoy? I appreciate the mags you list above. Are there other spots for us to follow? Also where are you finding inspiration? I find myself turning to comics, horror and sci fi movies, specialized nature nerd documentaries, and old school PSAs and the like. How about you?

WL: I get my tips (and a lot of my inspiration) from folks like you. Fellow outsiders. You point me to writers and presses I wouldn’t know about otherwise. 11.11 Press is one. Calamari Press is another. Action Books, Ugly Duckling Presse, Surveyor Books, and Wave are also reliable sources of interesting work. They give me a starting point or something to push against. But for a rethink of what I’m doing or a solution to a creative problem, I most often turn to Eva Hesse and Nancy Spero. They are two artists that are able to turn the most unpoetic material into the highest art. Hesse, in particular, knocks me out with the way she can find Expressionism in a tangle of wires. It’s the same informed rawness that attracts me to musicians like Albert Ayler and Bill Evans. Artists that are progressive while taking emotional risks. Ayler is a soul screaming against its limitations. Evans leans into the deep, hurt part of the human where art originates.. Most people think clever is enough. But clever doesn’t have a long shelf-life. Nor does it help people in distress.

MK: Having “something to push against” and “a soul screaming against its limitations” and even “finding Expressionism in a tangle of wires” calls up the tension that I like seeing in work and that I don’t think can be faked. Sometimes people can use constraints and procedures to pull it off. Sometimes it feels like the throws and takedowns that I learned in martial arts classes decades ago. As though one is using one’s enemies' energy against them. Also,  I think all of that kind of describes your chapbook, Instrument for Distributed Empathy Monetization coming out soon. Can you talk about that chap, and maybe talk a bit about KERNPUNKT Press too? This is their first chapbook publication, right? That’s a really great honor in the small press world.

WL: The work started with me replacing a PowerPoint template about building corporate empathy with the most absurd combination of words I could muster. What became the chapbook was me writing around that initial piece. I never intended to do a chapbook. KERNPUNKT surprised me by liking my work. I was familiar with the writing they published, but thought this chapbook would be too far out for them, especially the chart poems and the diagrammatic pieces built around found text from technical manuals and commercial fishing studies. I cannot stress enough how grateful I am to Jesi Bender, KERNPUNKT’s publisher. Without her, this chapbook would still be a bunch of weird files on my computer.

WL: I would put nothing in the box. Objects don’t interest me. I am more interested in the frame. It’s what creates the world. What we now call “self,” but has been replaced by the algorithm. It’s the point of action, or interface, that informs everything I do. This chapbook is my attempt to construct that frame, without appearing to do so.

MK: Interesting. Most of the objects I name above occurred to me as I was reading the chap. I think you designed the box that made me think of those objects. One line that stuck with me was: “How should we ask the bee to live inside the pill?” This line is the first Question to be directed at the Company within five minutes of their waking. The framework of the chap deals with corporate personhood and the absurdity of that. There seem to be lots of moments where big, natural, complex systems are being juxtaposed with slick, reductive, branded products. On one hand, the bee, on the other, the pill. Instead of O! The bee! The speaker asks the Company for best practices to get the bee to brand itself. This is sharp social commentary but it’s also just really damn’ funny. What role does humor play in your work?

WL: Humor is a texture. I use it when it offers the greatest contrast. In the chap, humor kicks in toward the end, just as everything begins to become emotive. You are right about the commentary aspect. Humor is an excellent way to make a point without argument. I am interested in anything that is outside the hell of everyday dialogue. Of course, humor is used sparingly. More than a little becomes a crutch. It also creates the impression you aren’t serious, which is a shame because funny people tend to be the most serious people in the room. We all troll for the opposite of what we put out there. Look at the tragic lives of comedians and beauty queens. Both groups pursue the same contrary negation.

MK: I like what you’re saying about process and design. Can we go further down that road? What is your writing process most often like? Same for every piece? Radically different? Do you have an intention and work towards it, or is it exploratory? For better or worse, exploratory wandering works best for me personally.  I’m especially curious about the writing of this chapbook.

WL: I gather materials, choose the most interesting bits, write around them. The process is always different. Each series has its own “weather,” or general visual vocabulary. For the chapbook, I was working with Google Patents imagery, charts, assessment forms, and sampled expository language. It was a broad range of material that would not fit a series like techniques for creating facial animation using a face mesh. That series, which has appeared in Social Text and Sink Review, depends on variations of a few central elements. Francis Picabia’s diagram work is a major inspiration. He has an open-endedness I admire. And a sense of humor that knows where to drop the needle. I try not to have an intention with this work. I focus on making each word spark as it touches the following word in a line.

MK:  Instrument for Distributed Empathy Monetization drops soon from KERNPUNKT Press, and what other work do you have coming out? What work do you have in the hopper, still getting figured out? What are you working on? What’s next?

WL: I have work coming out in several magazines--some print, some digital. But next to the chapbook, what excites me the most is finishing a full-length manuscript a major art-book publisher is interested in and figuring out where I am with another longer series, the latest installment of which recently appeared in Fence. Otherwise, the plan is to continue writing the weirdest shit I can come up with. That is always at the top of the to-do list. 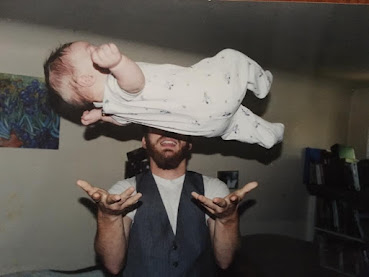 Michael Sikkema is the author of your next favorite books and chapbooks, most recently TONIC from Low Frequency Press and Half an Owl in Garden Light. He is available for interviews, and long chats about mushroom foraging at Michael.sikkema@gmail.com.