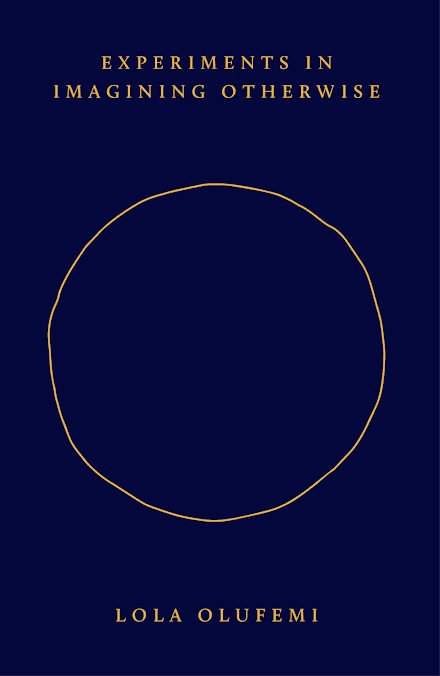 Collapsing the past, present and future seems like a good idea.

Or maybe mostly shifting them around now and then, destroying circularity and linearity. A shell game, where each of the shells is full of something still indeterminate, past, to come, graspable all at once.

It’s a matter of decision, of embrace, of inhabiting. Of leaving blank spaces and filling others; of knowing that others need our blank spaces. Pulling on a thread, a rope, not to bring something closer to ourselves and take it away from others, but to pull ourselves closer to where we want to be, to those with whom we want to be.

So temporality is collapsed, shifting – well, no, because that’s giving temporality too much agency. This is simply something it can do as part of our experience, even as it envelops us. So: Lola Olufemi collapses and shifts temporality around. She brings the horizon closer, pushes the limits further, is quite concerned with the spaces we choose to inhabit and those we choose to leave.

In Experiments in Imagining Otherwise Olufemi sends no straightforward message, builds no thesis. This book is a manifestation, not a manifesto, not a work of theory, not a collection of short stories, not a book of poetry. Genreless, genreful, even as that brings it into the general surroundings of poetry, and taking from each of these forms, each moment of the book is something of all of the above. Full of forms, woven with so many materials, always concerned with grasp and touch, but not definite, not leaden – solid yet in flux. There is so much energy, the book is alive and alive differently through each of its moments.

This play on erasure, on what has to be erased, annihilated, destroyed, brought back without its meaning because it cannot disappear, because it is constitutive, because the future and the past hold one another. What has to leave place for new thoughts, new relationships, new lives. Men, capital, the police, the state, the factory, the expectations, possession: it’s one of those lovely books. Determinations, with pages that seem like forms to create manifestoes and works of revolutionary political theory because of redacted words, letting us see how little meaning come from specific choices, bounded concepts and ideas, and even from our settings. And the self – pages with blanks meant for readers to inscribe themselves. A fulfilling lack of continuity between moments, pages, but a constant striving.

To let the book speak for itself:

“If we take imaginative potential seriously, we can properly articulate a politics committed to the expulsion of misery, a politics that is not ‘politics’, a schema that refuses persuasion, compromise, sacrifice, the trap of practicality.” (34)

“I want to fall into the gaps and then tear the gaps, smudge them, stretch them, rip them into tiny pieces and submerge my body in the material scheduled to be discarded, so that History will never find me.” (38)

“they are building a linguistic structure that defines the realm of the possible, that implicitly tells us to want less, to expect that total reconfiguration is out of the question.” (43)

“When we think about what we want, we also have to think about how we will deal with the multiple threats to our lives.” (84)

“The scope of our concern must extend beyond ‘I’–the individual person who we imagine exists in isolation–toward that ‘other’ who we imagine is separate from us.” (88-89)

“Some call that an escape from the misery of the day,
‘utopia’
becomes retreat, or another map for the future
but I want the full story suspended in impossibility
dripping with conjured things [...]
only a pattern of intensities that responds to the skin on
our fingertips.” (124)

Lola Olufemi gives us a tool, an incantation, a weapon, a pillow – an unbounded piece of affective technology (7). The beauty of it, the act of creation maintained in its non-state of uncertainty, as a call, as a desire, as a pull, as a moving into – an inflation of the material (8). A record of traces, an abandon to the multiplicity within any one phenomenon. (32) A theorizing from experiences, emotions, and strivings, and a piercing through of theory through fiction and appeals to participation. A book without walls, let alone a fourth wall to bring down. A packet of seeds for growing utopias.

When I say “she” I might be unfair: I could say “they” because there are many subjectivities within the book, many lives that are threatened, especially black lives, women’s lives, queer lives. The voice of the author shifts enough to let us feel that she adheres to utterances for the moment they are uttered, as long as they have the effect they need to have, the effect that made them worth putting on paper. Characters and unspecified others, leaving readers free to fill in these blanks as well. Some are simply nameless, their name taken away by the state along with their lives, their hopes. In this book as in so many others their lives find a value of which they had been robbed.

So many solidarities that even solidarities go unnamed - they are simply ready to be witnessed. As with much of the rest of the book: we can see, feel, almost touch connections, we readers have little choice but to set our own relations against those of the book. Beyond Britain, beyond Nigeria - or rather maybe superimposed, the pages like tracing paper to make compositions through superposition. Not just any relation, and not only solidarity, but love.

Love in that it can’t be lived outside of the market, of the prison, of the means of production, of the state, of their dispossession. Love in that it could be lived through different efforts, through refusals, through a recovery, through choosing to give in to others rather than to those forces. “Look, I think love is a matter of positioning.” (69)

This book is a living gift with which to make gifts of life. 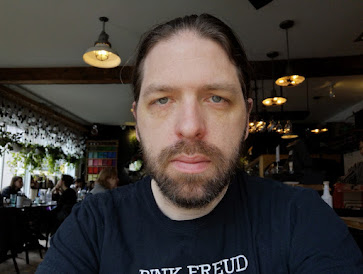 Jérôme Melançon writes and teaches and writes and lives in oskana kâ-asastêki / Regina, SK. His most recent poetry collection is En d’sous d’la langue (Prise de parole, 2021). He is also the author of a bilingual chapbook with above/ground press, Coup (2020), and of two books of poetry with Éditions des Plaines, De perdre tes pas (2011) and Quelques pas quelque part (2016), as well as one book of philosophy, La politique dans l’adversité (Metispresses, 2018) and a bunch of different attempts at figuring out human coexistence in journals and books nobody reads. That includes a few articles on one of his teachers, Miguel Abensour, and his forays into thinking otherwise and maintaining the utopian and revolutionary imagination sharp and ready. He’s on Twitter and Instagram at @lethejerome and sometimes there’s poetry happening on the latter.