Jenny Qi’s Focal Point is a new collection of poetry that examines a decade of constant change and one’s way of weathering the forces that sweep in. The collection was primarily written following the death of Qi’s mother in 2011 and while she was completing her Ph.D. in cancer biology. The poems are divided into four sections, and through these pieces, Qi examines the external and internal conflicts that arise from loss, especially when these can be compounded by greater world events.

The collection’s prologue poem, “Point At Which Parallel Waves Converge & From Which Diverge,” captures the tone and themes of the poem perfectly, contrasting Qi experimenting on mice in her Ph.D. course with her mother’s death from cancer. She writes,

…I see my mother in those graying eyes,
eyes I refused to donate because how would she see,
and I think how cruelly futile all this
erratically focused empathy, how brutal
to learn why I couldn’t save
what I couldn’t save. (Pg. 1)

Here we see Qi attempt to look at life and death in both intellectual and emotional views, and the marriage of the two will inform later poems in the collection.

The first section of the collection follows the immediate aftermath of her mother’s death, showing how her father reacted to the loss of his wife and how Qi was affected. “The Last Visitation” mixes the finite details of the passing, such as conversations with medical staff, to how Qi views those around her, writing,

I sang lullabies I barely remembered,

arranged flowers in front of her bed.

I cut her turkey, fed her soup and soft bread.

“Letters To My Mother” examines Qi pondering her last conversations with her mother and how she uses rituals like paper crane folding, letter writing, and burning of incense to find some meaning and comfort in all of this, writing,

If I turn off the lights,

stare at the soft incense glow

until my vision blurs,

I can imagine myself borne back to her

Then there’s pieces like “Dissonance,” where Qi observes her father dealing with bereavement and contrasting how his view of his wife was different from how Qi remembered her mother:

…I wonder if he noticed

the ragged edge in the yellow pages,

about the envelope beneath the mattress,

The next section looks at Qi responding to external forces in the wake of the passing. In this section, the poems tend to use similes and metaphors to build upon the thoughts that come after this. In the four “Biology Lesson” poems, Qi attempts to connect information about cells in the human body to talk about connections to life and memory. Other poems tend to borrow images from other places, with two poems centered around female figures from Homer’s The Odyssey, Circe and Penelope, who were both left behind by Odysseus and treated by those around them for what they could provide. Then there are more introspective poems that look at how grief is carried from person to person, such as “Brother,” where Qi writes about a sibling who died before she was born.

The third section of Focal Point is a lot more artistic and introspective than the previous two, but in doing so gives more insight into Qi herself. Some of these are more critical of poetry writing as an act, such as in “Never Love a Poet,” writing,

or in “Advice for a Writer,”

will butt their heads bald

But it’s also in this section where Qi observes her own mortality and the mortality of those around her, such as a poem about a case of pneumonia (“Mama, I finally get it, / why those surgeries broke you.”) or a list poem where she imagines various, somewhat absurd ways she can die. But it’s towards the end of this section that the reader begins to observe Qi moving into another stage of her life, with the closing poem of the section, “One Year Later,” demonstrating in heartbreaking imagery like,

the last voicemail message I erased without thinking. (Pg. 54) 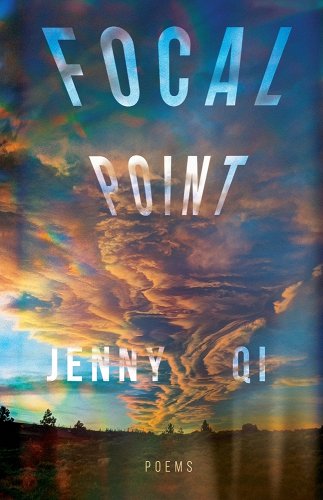 Time may heal all wounds, but emotional wounds find ways to linger longer.

In the final section of the collection, Qi looks at moving forward and dealing with new situations, while also acknowledging the effects of the past. Here there’s poetry that involves observing the Pulse Nightclub massacre, as well as anti-Asian discrimination during the COVID-19 pandemic. However, this is also where a lot of the images and themes presented earlier in the book come return to show their evolution. The images of winter and the cold throughout are swapped for lyrics on the emerging spring, and descriptions of cactuses turn into new plants. The final poem, “Contingencies,” even has Qi list what she wants to be now that she’s moved past this period, acknowledging parts of the past that aren’t entirely pleasant, but how she can change with them (“I would be the mountain and the stars— / be that immovable and that transient.”).

Focal Point is a haunting and emotional collection of poetry that looks at the physical, emotional, and spiritual dimensions of the world and pours them into the shape of regrets, desires, and wishes. Qi’s writing is at times direct and hazy like the San Francisco fog, but what emerges from the mist is the green of new beginning and new life. It may be hard to quantify or cure the change that comes from one person’s passing, but through her poetry, Qi creates thousands of possibilities and observations that demonstrate just how wide the world is and how any ripple can find its way back to the epicenter. 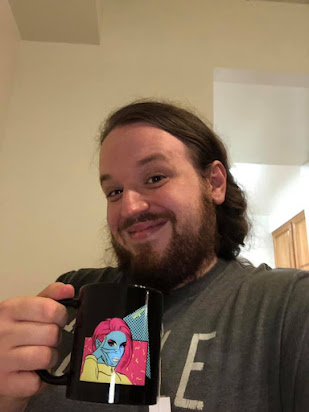