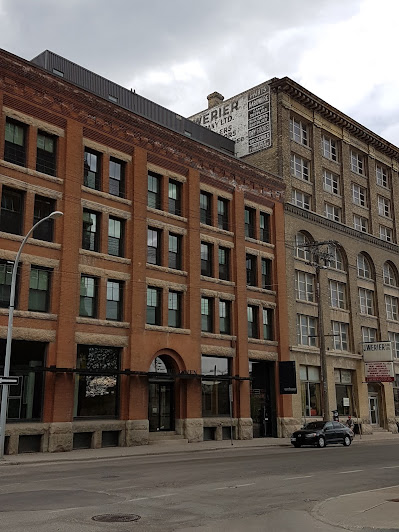 Deciding immediately on a fragmentary format, something note-like, a listing – an admission and an apology that there is so much in this city beyond my gaze. This list mostly poetry (another apology).

I’ve lived most of my life on the prairies, apart from my early childhood in Vancouver, and a year spent in Ottawa. Winnipeg, on Treaty 1 territory, is at the very eastern edge of the prairies – any further and you hit the shield. But the wide-open city is still the prairies, I tell myself; it still counts, it still counts.

Don’t mention the pandemic. But I can’t help myself. It might feel gauche or cliché at this particular moment, but the alternative is a lack of record.

When I grew up in Saskatchewan in the 1990s, the province in the middle of a long bleed. A few hundred here and there, a few thousand a year. People left for the usual reasons: jobs, restlessness, sometimes love. And while it’s easier to make a living in Calgary, or Vancouver, or Toronto, you can (and should) make art anywhere. A few of my high school classmates also ended up here; the writer and artist Alexis Kinloch runs Also As Well Too, a small press and gallery/library for art books and art-related small press works. She solicited donations, receiving a huge number of items from all over the world. The library is in-house, and held weekly open hours before the pandemic.

Collaborations have always existed in Canadian poetry (Pain Not Bread, Yoko’s Dogs) but there seems to be more of these recently (VII, MA|DE, and others). I wonder what could that look like here?

Every spring, the Winnipeg Free Press runs an annual feature for National Poetry Month, curated by Ariel Gordon, with portraits of the poets by photographer Mike Deal. For someone like me, more reclusive than I ought to be, it has been an introduction to so many local poets. It was also my own debut in 2017, and a thrill to read alongside Jason Stefanik, George Amabile, Angeline Schellenberg, and others at the launch.

The city is lucky to have two old and well-established lit mags in CV2 and Prairie Fire. Canadian journals have been doing important work in recent years in working towards more diverse contributors and editorial staffs – whether cultural backgrounds, gender identities, sexual orientations, marginalized identities – and CV2 and Prairie Fire produced the notable collaborative double-issue ndncountry a couple years back. I’m looking forward to CV2’s issue next year on sick poetics. But aside from these magazines, there is a new-ish-comer in Red Rising, founded in the mid 2010s as an Indigenous collective, that puts out an annual magazine of poetry, stories, art and music.

One of the editors of the planned CV2 sick poetics issue is Eileen Mary Holowka, who developed the story/game/prose poem c i r c u i t s, which I’ve thought about and have come back to periodically since I first played it in 2018. She originally published a fragment of it in the annual WFP feature: Here is what you must do: ...

The world is on fire and the water’s rising, but CV2’s annual 2-day poem contest, held each April, helps me forget this a bit. I meticulously clear the weekend to try to make a sane poem that includes the provided words. By the end I want to burn the page and drown my sorrows: serpentine, gnathic; tub, frisson; octothorpe…

One of my favourite works last year: Pandemic Papers Phase One by Ariel Gordon and her sister, the artist Natalie Baird, published by At Bay Press. Poems and drawings made collaboratively together on bits of paper, more wrapped than bound, documenting the fears and quotidian that so many of us had in the first few months of lockdown. The feel closer to a handmade artifact rather than a book, something made rather than produced. I’ve been impressed by At Bay’s range – a literary press that publishes not just fiction, non-fiction, and poetry, but also sci-fi, fantasy, graphic novels, and other forms.

If Vancouver is a city that often appears centrally in poets’ work – George Bowering’s Kerrisdale Elegies, Jen Sookfong Lee’s The Shadow List – how does Winnipeg work? While the city will never compete with the west coast’s temperate glamour, I’ve been struck by how central certain parts of the city are to poets – Jason Stefanik and Katherena Vermette’s North End, Transcona for Jon Paul Fiorentino, Ariel Gordon’s urban forests, Catherine Hunter and Saint Boniface. Then the rivers, as in Di Brandt’s “Nine River Ghazals” (Canadian Journal of Environmental Education), melanie brannagan frederiksen’s “The third season” (+doc.1) …

I had the pleasure of reading at a couple of CV2 launches, before the pandemic, and have always come away in wonder at how many good, bookless poets there are in this city: a short list should include at least Chimwemwe Undi, Marika Prokosh, Rachel Burlock, melanie brannagan frederiksen, and until recently, Tamar Rubin (congratulations!).

How did I learn about Bola Opaleke’s work online long before I knew he was from Winnipeg?

I’d love to see a new collection from Ted Landrum.

After making my way back to writing, starting around 2015, I started going to some readings around town, but not enough. The pandemic has a way of crystallizing that shame: a year passes, maybe two (we’ll see about three), without the strange comfort of sipping coffee and cramming in next to strangers in the atrium at McNally Robinson. I’ve taken in more Zoom/Facebook Live/etc readings in the last year than in the last four before that, met incredible people from across the world, and yet my knowledge of who writes here remains woefully incomplete. Easy enough to promise to take in more once things get back to normal; when will that be? But at least for now, some things are easier – Speaking Crow’s gone fully virtual –

Turnstone is 45 years old this year, and to celebrate, the press is running a year-long reading series, 2poem2, curated by Sarah Ens. Each Tuesday, a Turnstone poet reads with another Canadian poet. Readers have include Jennifer Still, Steven Ross Smith, Alice Major, rob mclennan, Dennis Cooley, and others. It’s been a welcome weekly addition to my YouTube viewing.

Also hoping that some things remain: that while I’m able to take in readings at McNally and elsewhere, I’ll still be able to hear poets I’ve connected with in the last year from New York, Florida, Ireland and elsewhere, and that I’ll still get to agonize between two readings scheduled over the same date and time. That we’ll continue to record the readings and make them available online.

The nagging feeling: who am I missing? It’s okay. I’m sure I’ll remember after the post goes live. 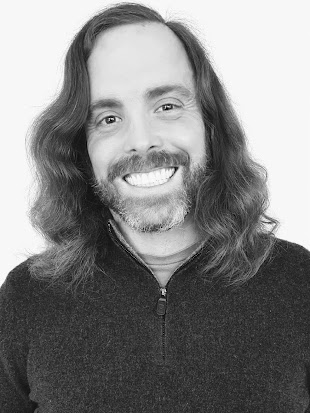 Julian Day is a poet and software developer from Winnipeg. His work has recently appeared or is forthcoming in Barrelhouse, Banshee, and Riddle Fence, and his debut chapbook is Late Summer Flowers (Anstruther Press, 2021).