Anna van Valkenburg : From East to West : An interview with Anna Yin 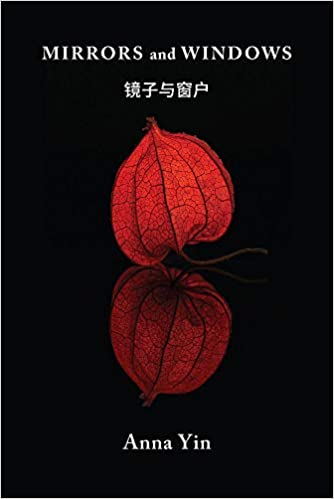 “It began in an ancient legend that said that one can find truth in mirrors. I discovered my true self in my early thirties when I began writing poetry. Similar things happen to other poets. Poetry not only becomes our windows to see outward but also our mirrors to see inwardly. Later, I was invited to translate poems for some poetry magazines. By helping them, I found translation also serves both as a window and as a mirror. It amazes me that we are all so different, yet also alike. Each poem can lead to another interesting world. And these worlds call us to enter, to explore and to exchange.”— Anna Yin, “Why Mirrors and Windows?”

In this interview, we discuss what makes a successful translation, working on poetry and translation in tandem, Chinese poetry recommendations, and forthcoming projects.

Anna van Valkenburg: Mirrors and Windows is an ambitious (and expansive!) project which brings Chinese poets to English-speaking readers and English-speaking poets to Chinese readers. Can you speak about your mission in writing this book, as well as how you chose the poems which would appear in it?

Anna Yin: In Mirrors and Windows, following George Elliott Clarke’s introduction, I wrote “Why Mirrors and Windows?” I think It evolved through a long period of time. At first, I seemed to write and translate poetry for myself. However, after my poem “Toronto, No More Weeping” won an award and CBC Radio broadcasted it in 2005, I recognized that what I wrote could be used for a good cause. Soon I was asked to translate this poem for a Chinese radio station. Then more editors and poets invited me to translate poems for them, the more I started to see cultural-bridging impacts. Three years ago, I noticed I have translated more than 40 poets’ works, I began to compile them in book form. I retranslated most of them and added 20 new works. The new ones are mostly in Part 2 (From Chinese to English) and Part 3 (Poems inspired by translations). I did hope that I could add more, but I was just too busy with my IT full-time job, writing and poetry alive workshops.

AV: I’m fascinated with the translation process, as there’s so much involved— the crib or literal translation; but also the tone of the poem, the language, the imagery. What makes a good translation? How do you know when you’ve translated something “successfully”?

AY: Well, these are the same questions I have asked myself. Translating poetry is very challenging, especially with two very different languages (Chinese and English). I find writing my own much easier and sometimes I wish to alter the original to make the task easier. There are so many translators but good ones are rare. We need good translators, especially for poetry as “poetry is what gets lost in translation” (Robert Frost)

My translation process is an open, engaging, and learning process, a journey of collaboration of words mapping, discoursing, exploring, and restoring. I was lucky that I could directly communicate with most of the poets in Mirrors and Windows to discuss their poems. I also researched the culture, history, and politics behind the poems to try to grasp a deeper understanding of them.

I made some mistakes in my earlier translation works and re-translated the works and put the new versions in Mirrors and Windows. In fact, when my first poetry collection Wings Toward Sunlight (Mosaic Press 2011) was published, it was suggested that the book be published in both Chinese and English. I was not confident enough for this and wanted to wait. In 2019, My fifth poetry collection Love’s Lighthouse was published in Taiwan in both Chinese and English. Yet when I introduced it, I hesitated to say it is a book of translations. You see, even with my own work, the original and the translation are slightly different. Sometimes, I trust my need to make them different.

Yes. as you mentioned, there is so much involved- the tone, the language, the imagery, with different cultures, histories, and languages, all are different. So, I try to find the right words, images, metaphors in the other language to transport and transfer the “truth” and the essence of the poem, meanwhile I hope to win native readers’ acceptance and appreciation. I believe a good translation should be faithful and close to the meaning of the original, but also be accessible, acceptable, and appreciated in the language of translation. At poetry and translation workshops, I summarize the translation process as “Make it new”, “Make it known” and “Make it real”. So, if in the translation language world, readers regard my translation as a good poem, and the messages and merits in the original are retained, then I know the translation is successful.

AV: In this book, you translate both from English to Chinese and from Chinese to English. Did you find that one was easier than the other? Are there any aspects of Chinese or English that made translating it particularly challenging?

AY: For me translating from English to Chinese is easier. But, it depends on the poem. Anything closely tied to culture and history, such as allusions, idioms and puns, are very challenging. I often struggle to decide what to keep or whether to use footnotes.

In Mirrors and Windows, the most challenging works were works by George Elliott Clarke and C.D. Wright. George’s are not difficult to understand, but he is the master who often playfully uses various allusions, idioms, dialects and linguistic skills which make translation very changeling.

C.D.Wright’s poetry is like abstract paintings or dreams with mystery prophecies. I was perplexed. I read and re-read and believe I found some clues, unfortunately, when the poet was still alive, I had not confirmed these with her.

AV: How does translation work fit into your life as a poet? Does it propel your own work or hinder it?

AY: I have not completed a lot of translations yet. This is my first anthology of translations, as John Robert Colombo hopes, I too hope it is not my last one. I think translation will fit my life as a poet more in the future. I see the advantage as a poet who writes in both Chinese and English. I also see a great need for people with the ability to be both a poet and a translator. I remember in 2015 I was invited to read at Tree Reading Series and met a lot of wonderful poets in Ottawa. If there will be more anthologies by me coming, for sure I need to include more Ottawa poets’ work and indigenous people’s work.

Translating poetry is for me a loyal love involving a consumption of great time and labor, but I have learned a lot from it to help my own writing; that is the reason I added a unique part III: Poems inspired by translations to the book. I hope it illustrates my journey: Every Step Was into a New World (Al. Moritz)

AV: How does Canadian and Chinese poetry differ? Did you find any similarities as you were translating?

AY: Well, Anna, you ask me a tricky question, I am afraid. What do I know about Canadian poetry? How to define it?  I see Canadian poetry is very diverse, inclusive, and dynamic.  Like any artistic form, everything is changing and evolving.  And nowadays, Chinese poetry has also developed many schools and different trends. I only can speak from my own impression with limited resources. I have read a lot but randomly, so allow me to be wrong. I think initially the difference is like ink painting versus oil painting, Chinese poetry is compact and condense with sparse images… messages and emotions are blended in, and what is left unsaid in fact is the most important…. But now, the difference is less since global exchange and evolution. All poets seek to be unique in voice and style. Translation is a kind of rendering of a new poem --without losing the commonly-recognized beauty and the original qualities: make it new, make it known, make it real.

AV: If you could recommend one Chinese poet to Canadian readers, who would it be?

AY: I would recommend Luo Fu (1928-2018), a great poet of modern Chinese poetry. He was born in Hunan, China, the same province I was born in, so please allow me to be proud! In 1954, he founded the Epoch Poetry Quarterly in Taiwan with Zhang Mo and Ya Xian, and served as the chief editor for many years. He authored 37 collections of poems, and his works have been translated into English, French, Japanese, Korean, Dutch, Swedish and etc. His masterpieces are “Death of the Stone Chamber,” “The Wound of Time” and “Driftwood”.  The most impressive thing was he kept writing into his 90s. His long poem “Driftwood” was written at the age of 72, it has 3000 lines. It contains metaphysical reflections on his view of life and death, and on the overall Chinese reality and culture.

AV: What are you working on right now?

AY: Beside my IT full-time job, I started my own small press providing editing, translating, and publishing services, I also continue poetry alive workshops and organize poetry events.

I am working on Truth in Slant, a new poetry collection, which I began in 2016. I hope to pick it up and finish it next year. 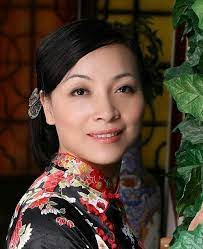 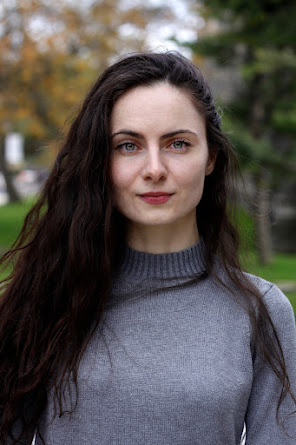 Anna van Valkenburg is the author of Queen and Carcass (Anvil Press, A Feed Dog Book... 2020) and the associate publisher at Guernica Editions. Her poetry and reviews have been featured in The Puritan, Prism International, december magazine, The Rusty Toque, and elsewhere. She was born in Konin, Poland, and currently lives in Mississauga.