Kyle Flemmer : The Blasted Tree: Where to Stand


Paralyzed. That’s how I’ve felt attempting to read, write, or make anything as of late, whether for The Blasted Tree or to satisfy my own creative impulses. Viral pandemic, racial tension, economic disparity, police brutality, gender inequality, environmental destruction, and on and on and on… as a writer and publisher supposedly engaged in ‘the discourse,’ I feel obliged to respond to these issues with something definitive, an impassioned answer or plea, and I’m frustrated to come up with nothing. Silence is obnoxiously deafening. On the other hand, so is performative ally-ship, and I’m skeptical of using The Blasted Tree, which suddenly feels peripheral to the big discussions of our time, as a mouthpiece for anything that isn’t rooted in real action.

When I first started publishing under the banner of The Blasted Tree, I can honestly say I did not harbour many questions or concerns at all about the ethics of publication. It was clear to me then that ‘publisher’ was synonymous with ‘platformer’ and that I, as someone willing to publish the work of others, would invariably be of service to my literary community. An unknown myself, I couldn’t help but publish other outliers, and so the act of making space was, in and of itself, thought to be a positive contribution.

Yet things in publishing, as in activism, are never quite that clear. Though I was familiar with issues around editorial control, gatekeeping, and fair representation at the time, my intention was to sidestep those problems on behalf of myself and a growing group of peers, and I did not realize the extent to which my choice required that I determine the tone of the platform for all of us. My impression was that if submissions were open, writing would roll in from a wide-enough cross section of the literary community to put together a well-rounded catalogue.

It did not. Turns out you have to actively solicit writing submissions, which means you have to make decisions about who to approach, how, and for what kind of material. In this way, a prospective publisher immediately runs up against their own biases and the limitations of their network, though they may not see it for quite some time. I didn’t, and while I have always believed in the absolute necessity of promoting the work of people from different backgrounds, the simple act of being ‘for’ something doesn’t automatically make it happen.

The Blasted Tree has, in fairness, published diverse projects by diverse people. Some of it has come in through solicitation, some through rolling submissions. That said, the overwhelming majority of unsolicited work comes from white dudes who ‘know’ beyond a shadow of a doubt how suitable their writing is for my press. Lots of it could be, so curating a selection that reflects my real literary community and not just my inbox is, if you’ll forgive the self-martyrdom, challenging. I don’t think this is only a Blasted Tree problem—to my understanding men are more comfortable with the submission process in general, submitting widely and with fewer scruples—but it could still signal a problem with how I convey my values as a publisher.

Usually, and I say this pointedly, the best work I get to consider for publication is by people writing from intersections other than my own. And I do mean ‘best’ as in ‘of the highest quality,’ not just ‘best for me’ or ‘best for the press.’ I attribute this to a lack of political rigour in white, male conceptual and concrete poetics, persisting as if this expectation need not apply to their work, while those writing from non-dominant intersections oftentimes imbue their conceptual work with the most palpable sense of urgency. The latter seem to know exactly who they are responding to and why, while the former are more inclined to dabble for the sake of it. Take, for example, coup by Kate Siklosi or CXXVIII by Sonnet L'Abbé, both feminist interventions in the literature of colonial patriarchy. I learned a great deal about the ethics of publishing while handling these projects, especially concerning the appropriate relationship between someone else’s creative labour and my support of it.

The publication model I’ve set up ensures lots of leeway for my own creative agency in the design and promotion of a project. When I think of Canadian small press publishers that I admire, I think of people who project a clear artistic vision, who stand behind their politics AND represent outstanding content, without somehow making it all about them. I think of Gap Riot’s Dani Spinosa and Kate Siklosi, Metatron’s Ashley Opheim, and Amanda Earl of AngelHousePress, each of whom champion progressive issues in the writing community. In my view, their positions within literary discourse are both admirable and unambiguous. Titles released by these publishers don’t always speak directly to political issues like decolonization or feminism, but the foundational ethos of their editorial work is clear, and I think their communities are better for it.

I suppose my main concern is that I have not done enough, via The Blasted Tree, to establish myself as a publisher willing to defend progressive, perhaps even transgressive, viewpoints and creative practices, especially those held by writers outside my particular in-group. My belief is that exceptional experimental writing can and does come from all walks of life, and it benefits both me and my readership to tune into multifarious expressions of culture. While I cannot say The Blasted Tree will devote itself entirely to literature of a political nature, and this isn’t exactly an “I will do better going forward” kind of statement, I do want to make public my commitment to keep moving in the face of what can sometime feel like paralyzing odds. I also want to make clear my support for BIPOC, femme, and queer writers, for immigrants and people living with disabilities, and for those otherwise pushed to the margins of our society. Your lives and stories matter a great deal to me. 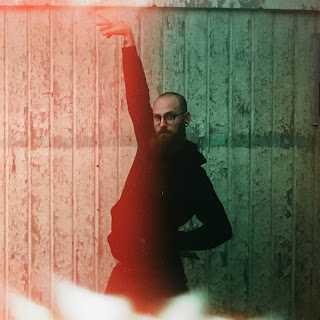 Kyle Flemmer founded The Blasted Tree Publishing Company in 2014. He served as Managing Editor of filling Station magazine from 2018-2020, helping their poetry collective and coordinating small press fair activities prior to that. Kyle graduated from Concordia University with a double-major in Western Society & Culture and Creative Writing, and is set to begin an MA in English at the University of Calgary in the fall of 2020. Kyle has written several poetry chapbooks, most recently Correctional Sonnets: for Catherine Vidler (Simulacrum, 2020) and Coronagraphic (above/ground, 2018).