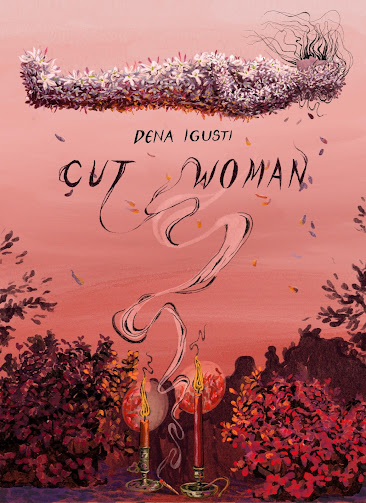 The title Cut Woman refers to female genital mutilation, and our narrator offers a frank, descriptive, and very personal take on the practice. In “after the incision” Igusti reveals how “the part that is supposed to be my clitoris / expands & bubbles then bubbles & expands” (9). She acknowledges “there was blood yes / there were remnants of      me [unto which my mother made unto which hers did]” (11). In tackling this taboo subject, our narrator both acknowledges traditional and painful practice and refuses to further subordinate her body. In the poem “sex: a necromancy” she describes not being “allowed to feel” but vows declaratively, “I’ll      make use of what was left of what I     lost” (11).

Igusti’s poems are decidedly contemporary, referencing “CNN’S EVER GROWING BODY COUNT” (34) or suggesting that we “pop one for jj’s boyfriend” (40). At the same time, these poems remain historically and culturally aware, explaining that “to be muslim is to always flow / from our fingertips” (6). History is not just in the past but is always and everywhere. Malay words or snippets of lyrics from Indonesian singer Reza Artamevia occasionally make their way into English poems and titles. In Cut Woman, being American means inviting in the weight of personal, cultural, and religious histories while at the same time trying to fit in and make a new way. Igusti combines ideas like “my ancestry the sidewalk my extended family all // my steps community meeting, my deep breath call / to prayer the breeze” (6), pressing them close together in just a few lines poem. In this description of “ancestry” we see how Igusti removes most punctuation to make more simultaneous connections. Igusti’s dedication to linking form and content extends to her frequent use of slashes within a single line; these slashes function like stutters or cuts not only in the syntax of the line but also in its subject: “making mess // out // of // lineage //” (8).

Iguisti’s poems are consistently innovative in form and approach. The poems in Cut Woman move across the open space of the page confidently and unabashedly: the author inserts double slashes inside lines and at the ends of lines; she incorporates brackets, parentheses, ampersands, and all caps to guide the reader through the emotion of each thought. Throughout this chapbook, there’s a general lack of periods, and our narrator, “i”, is mostly lowercased. Igusti’s poems sometimes include footnote-like asterisks (10, 21) to offer new perspectives or extra information. Her italicized questions, like “don’t you feel pure?” (19), which appear on right margins or in the left-justified bodies of poems, are insertions that remind readers how poems are conversations and may include multiple, punctuating voices. Igusti’s poems may be presented as scripts (14), prose poems (18), or erasures (24, 28, 29-31). Even as her poems range formally, almost wildly, Igusti’s descriptive titles anchor us, offering readers clear-cut descriptions like “self portrait as asa akira’s face on google images when searching ‘asian women’” (16), “portrait of my reflection on a blank computer screen” (18), or “party guidelines” (40).

My favorite poems in Cut Woman explore themes of disembodiment in bold and unexpected ways. The “body” itself becomes a character in poems like “sunat: a recollection (in the wake)” which presents a “scene” where “ME and BODY separate to two masses. they reunite 10 years later to discuss what happened” (14). In other poems, “the body // scoffs” (9), “the body shrugs its shoulders” or “the body takes the shirt we once shared” (9). Body and self unite and disagree, connect and detach, as readers make their way through this collection. “ME: but you’re still here / BODY: doesn’t mean i didn’t die” (14). Ultimately, the narrator admits “i’m forever tethered / to the way / my body is suspended / in memory” (39). With good reason, “all versions of (what’s left of) me” (41) are so incredibly “tired.” Ultimately, while the lines of this chapbook present an impressive range of hurt and despair, the narrator also wants to try, to love, and “TO KISS WITH ALL MY LIMBS” (34). Igusti’s readers are left with the hopeful feeling that self and body will, if not thrive, at least continue courageously making their way through. 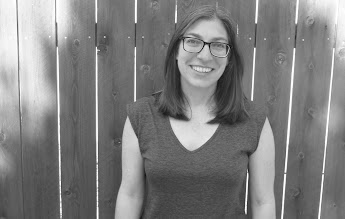 Genevieve Kaplan is the author of (aviary) (Veliz Books, 2020); In the ice house (Red Hen Press, 2011), winner of the A Room of Her Own Foundation's poetry publication prize; and four chapbooks, most recently I exit the hallway and turn right from above/ground press. Her poems can be found in Third Coast, Spillway, Denver Quarterly, South Dakota Review, Poetry, and other journals. A poet, scholar, and book-maker, Genevieve lives in southern California. She edits the Toad Press International chapbook series, publishing contemporary translations of poetry and prose. https://genevievekaplan.com/