Kate Rogers : The thing with feathers, by Jessica Outram 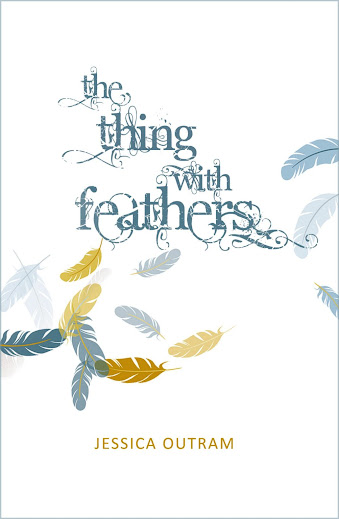 The Thing with Feathers is Cobourg Poet Laureate Jessica Outram’s first poetry collection. It is a courageous journey of self-exploration and coming to terms with trauma. The title, based on Emily Dickinson’s well-known lines about hope perching in the soul, opens the door to eventual healing. However, many of the poems in the first two sections are about the struggle with depression linked to a struggle to recognise supressed trauma. Her collection raises the question How does anyone learn to live with a traumatic past? The process of doing that is the core of the book.

We are introduced to the speaker’s reflective journey into and out of despair in the poem “Beginning.” She tells us that “old scaffolding / leans courage ladders / on new truth platforms.” In this poem “house plants / turn wild,” suggesting the speaker’s surprise at her own growth. In “If She Had a Secret Garden,” the speaker’s “tangled prayers climb stone walls.”

The poem “Falling into Blankness” evokes the speaker’s depression and exhaustion well. As an educator who is also a writer I can relate to how hard it can be to reach for creativity after a full day of teaching and being on your feet: “in the evening she paints misty truths / while hands and feet sizzle.”

The lines in which the speaker describes how she “craves an overcast sky / to quiet the mornings // …blends mud and clouds” and being “soaked in fog / like a lighthouse on a humid island” are also very relatable and beautifully evoke Cobourg harbour.

In her role as Cobourg Poet Laureate Jessica Outram maintains a blog she calls “Sunshine in a Jar.” Jars feature in many of her poems in The Thing with Feathers. The jar poems in the book range from nostalgia to despair. The poem “Something Inside Her Childhood” focuses on positive memories, beginning with the her mom’s inviting “strawberry jam [on] the kitchen counter.”

Among the collection’s most courageously vulnerable poems is “Open the Jar” in which the speaker removes the lid on her memory. It whispers to her that “a piece of the story is missing.”

Jessica Outram is also Principal of Indigenous Education for the Kawartha Pine Ridge District School Board and an important role model. Her students’ struggles contribute to her understanding of her own adolescence in the poem “Open the Jar.”

The speaker effectively evokes how the intensity of her students in turmoil becomes a trigger for her: “A morning swarming at 7:45. / Two hundred teenagers / chase a Grade 10 girl.”

Soon pepper spray engulfs classrooms, staircases, washrooms. It is a “toxic shot.” A 15-year-old boy is in handcuffs. A student dies. The speaker passes another student her graded work and learns that the girl’s boyfriend is the one in jail, charged with attempted murder. Reflecting on the school day the speaker realizes “Once upon a time / my jar was empty, / the lid twisted tight.”

In the next poem, “She Remembers and Wants to Forget,” the speaker’s journaling reveals to her the “howling hands / memories spilling like blood.”

The speaker of the powerful poem “In a Jar” starts each line with “when” and doesn’t flinch: “she was there / when she wrote poems about death / when her novel started with rape.” The poem reveals the speaker’s suffering and inner struggle: “when her heart beat hot fear” and “when your insults felt like truth.”

In “What Would Great-Auntie Think?” The speaker uncovers more pain: “remembers at nine— / You’re too fat for chocolates, / Auntie said snapping the lid…” // —this mirror haunting her for years.”

In the self-aware poem “The Siren Call of Depression” the speaker sinks “caught between / breath and panic / without gills.” She bravely shares that “…it seems safer to hold… than to claim / some air / as her own.”

Other strong poems include those about the poet’s Georgian Bay Ojibway and Metis ancestors. In the beautiful and moving “And Still She Shines: Take Back the Night” the speaker grieves, “her fists / wrapped around keys /…“sometimes losing to fear.” She remembers and honours the “women in red dresses gone too / beyond medicine wheels.”

In “When She Found Her Voice” the speaker explores how connecting with her heritage through holding a “Smudge Feather” “made her cry.” In the next poem “This Feather Sets Everything in Motion” the speaker learns to “build wings / fly North like her grandmothers // hearing their heartbeats among stars.” In the wistful  poem “If She Had Met Her Noohkoom” the speaker’s grandmother gifts her her moccasins and and her wisdom: “Noohkoom says, wait / then…look at the whole tree at once / all the branches together, connected.”

The persona poems in the voice of a match girl ancestor are also among the most deeply felt and well-crafted in the book.

Following in the wake of such brave and well-crafted poems some pieces fell short. Several poems would have had more impact if they had strived for fresher, more original language. Cliché’s and hackneyed metaphors in the poems “She Wants to Feel Special on Ordinary Days,” “When She Thinks About Self-Love”, “Thirteen Lessons That Need Unlearning” and “It’s Time to See What’s Really There” do not support the otherwise strong collection and could have been left out.

That being said, much original figurative language and many beautiful lines appear in The Thing With Feathers and have been quoted in this review. The bravery and emotional honesty of the collection are its greatest strength. I recommend The Thing With Feathers for the power of Jessica Outram’s personal journey and the courage it took to share it. 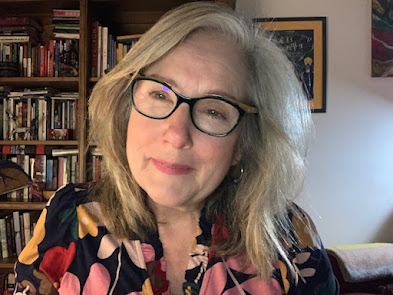 Kate Rogers’ poetry recently appeared in the “Neighbours” issue of SubTerrain and the following anthologies: Looking Back at Hong Kong (CUHK Press), The Beauty of Being Elsewhere and Dove Tails: Letters from the Self to the World, the 10th Anniversary Writing for Peace Anthology. Her essay “The Accident,” appeared in the Spring 2021 Windsor Review.

Kate re-patriated to Canada in late 2019 after teaching tertiary level language through literature and related courses in Hong Kong for two decades. Her work can be viewed at: https://katerogers.ca/